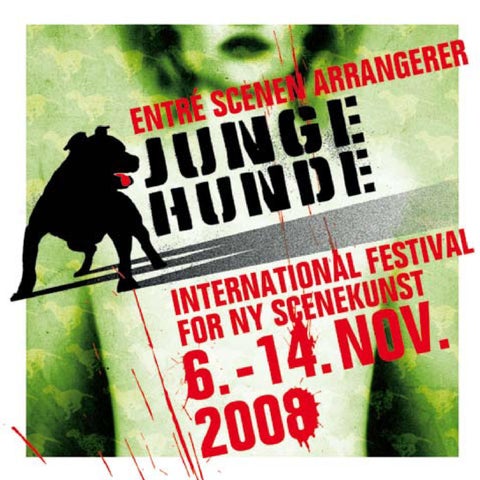 Dear audience! Congratulation with this your copy of the Junge Hunde Festival programmes! Guard it well!! This programme is to be your dear companion for more than a week and be the key to strange, funny and never-beforeseen things at the three stages indicated in the overview. Junge Hunde are Young Dogs and they bark loud because they have something to say but they also bite because they are not in the mood to say it nicely. They are young dogs because they are fairly new in what they do and they are as eager as a puppy to communicate. Please let yourself be bitten! Jesper de Neergaard, Artistic Manager of Junge Hunde DK.

moments, but for enced embarrassing Everyone has experi embarrassing moments are so closely these being. some people continuous state of the only ome a mes eti knit that they bec som and limiting and It´s uncomfortable get in and embrace it. In this to is it of out ter two female way er you will encoun psychosomatic thrill present Embarrassed Army and a r characters, the eve time to genuinely s calm rock band. It´ ment. Entré Scenen celebrate embarrass

g g moment; -a fallin play with a fallin l focus on the ce pie s thi in l wil I wil falling process. I ty” try to grab body, -a mind in a s “falling physicali you are in an thi h wit and ty n whe e physicali tur pic nal emotio an atmosphere of the . ion “in between” situat indeviduals. ge,two bodies, two There are two on sta

Entré Scenen 6.nov. 21.30 and 14. nov. 22.00 NOTHING IS HAPPENING is actually a self-explaining piece. But to give at least a little information in advance: It stages a tautology in order to produce a paradox. And by doing this, it questions where and when action starts in theatre.

You enter a room dominated by a groaning dinner table. The large, round table itself is empty, but there is vivid gesticulation, hands grabing and pouring into glasses, food being consumed. All projected from above. A moving “still leben”. The four chairs around the table are each equiped with headphones and you can now take a seat as a participating observer at a 70’th year birthday celebration. The created soundscapes attempts to exceed the physical borders of materialism and thus confront you with yourself as yourself within another.

LOBBY IS WHISKEY AND HERBAL TEA. MOTHERS GROUPS AND HEAVY METAL. OPINIONS AND AC T I O N . P O E T RY, M U S I C A N D CHANGE. DANCING UNDER MAGIC WANDS. LOBBY WANTS TO MAKE OUT. LOBBY IS A GIFT. LOBBY IS FOR ABSOLUTELY EVERYBODY.

An array Entertainment Island 1 sounds of gestures, movements and nment rtai ente the from g atin eman this in d ente pres are stry indu iling energetic performance unve culture. the mechanisms of popular y walks and “We spent weeks doing funn ing out telling bad jokes while pull faces. y false limbs and making funn the final was ng teri stut end The pret the not and k stuc were straw. We what least funny. We had to face are not we knew from the start: we in entertainers. We do not deal ctures. stru entertainment. We deal in

ussed and staged Women, War and Showbiz is disc american vocal the of work through the life and ormance focus perf The trio The Andrews Sisters. , absorbes and on how we in the West observes d. More precise, reacts to the state of the worl stage performers ated educ y newl g, youn as we how world; we are merely can and must comment on this p the whole gras to ity abil out players with Some are dancing it. of ty lexi comp others are ing, sing or smiling on fire! watching. While the world is Script inspired by The Andrews Sisters, Anton Tsjekhov, Antonin Artaud, Midnight Oils, Paul Auster, Stanley Kubrick, Francis Coppola

You are invited on an incorrect travel back in time in a tribute to life affirming musicals. Learn the secrets of the ‘3-Step Universal Position’ for increased quality of life. Performer: Inge Agnete Tarpgaard More info: www.ingeagnete.dk Støttet af; Initiativpuljen, Kulturforvaltningen, Aarhus Kommune

Entré Scenen 11. and 12. 19.30 the czech rasky (1966) by of the film sedmik ey’re not registered. A stage version th . rk of atthey don’t wo Vera Chytilova. are in the centre invisible. they d. they claim to be ge the world sitting on their be an tention. they ch

d is to s perception of the worl “The only way to alter one’ do. By doone should and ought to do the opposite of what my fine of right and wrong, rede ing so I reset my concept ” ion. ocat suff d avoi moral beliefs, and

Archauz 11. and 12. nov. 21.30 A movement through a patchwork of real and perceived universes that examines the conflict and paradox of being a woman in a world that allows all roles and definition of you as a human being. It’s a break with current trends and old traditions to find the essence of one self. It’s about being alone in a world where everything is on offer. The title of the performance is borrowed from Orhan Pamuk’s novel The Black Book, however there are no other similarities between the novel and the performance.

A trail of a figure figuring out places inside in the city. ending up here.

During my residence at Eira33 - Lisbon, I created a story about an authority unable to rule over anything at all, as it is placed on a huge, vast, empty space. I was interested in searching which could be the actions of such a master and what kind of rituals he would create when missing the partner which activates his power. How would such a master react when meeting, one day, a very dumb sheep, for example?

taste create How do the things you smell, see, hear, feel or of these inputs your idea about reality? Can an unusual collage appear? We create surprise you and allow different reali- ties to is allowed to be ce audien the where y, journe mative perfor a small sensitivity their sing increa s toward work We ter. the main charac perceiving of way normal their in /gaps cracks ng and creati way. allowing them to experience the mundane in a new

The JuHu-Court at Entré Scenen an entire trail is carried out with accusation, defence, testimonies from witnesses, evidence, speeches from the accused, closure, and finally the open vote of the jury.

Brass talks at Entré Scenen A selection of mornings during the festival there will be profound discussions of issues chosen by the performing and local artist.

Late nigth meeting at Archauz Every night after all the performances, we meet at Lobby for a chat, a glass, a discussion, a late night meeting. Everyone with a partout card get reduced prices on drinks at Lobby and Café Mozart. At Café Mozart you can also get something nice to eat. Workshop guides invited by Wunderland: nt Clare Butler – director, designer, production consulta Cindy Rudel – performer, dancer Sarah John – director, designer, writer r Mette Aakjær – performer, dancer and artistic initiato 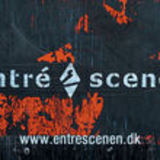