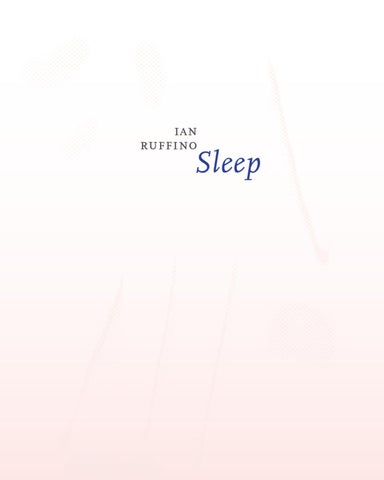 autobiography as abstraction In 2001, three curators—Stephen Melville, Laura Lisbon, and Philip Armstrong—organized an exhibition for the Wexner Center for the Arts in Columbus, OH, entitled As Painting: Division and Displacement. In one of the most concise summations of the exhibition’s premise articulated in the accompanying catalogue, Armstrong and Lisbon note “there is nothing in the presentation of the work in As Painting that identifies it in terms other than a questioning of its own identity, nothing here that is not an incessant pursuit of the limits of what painting is, and thus nothing that does not attempt to show painting’s own exteriority—its divisions and displacements—in and as painting.”* By including work by artists including Donald Judd, Robert Smithson, and Anne Truitt in the exhibition, and insisting that their work be considered as painting, the show effectively argued for a radical broadening of the medium’s ontology, by discounting media as the decisive criteria, and instead focusing on painting as a discursive space. Although this thesis alone has not produced or defined the conditions of abstract “painting” in the 21st century, the curators’ contention aligns seamlessly with the work of a young generation of artists today who pursue and produce painterly effects, and engage conventional painterly problems, without squeezing paint out of a tube or mixing pigment with water. One interesting consequence of this still-new focus on the discursive space of painting, as opposed to a narrowly defined, medium-specific one, is that artists can remain connected to the world around them on the literal level of materials, while still producing objects that engage the pictorial conventions of paint on canvas. This tendency can be and has been called many things: social abstraction, painting by other means, or unpainted painting; no doubt other descriptions have been coined.†

Ian Ruffino’s work participates in this emergent tradition. Obdurately abstract in appearance, his work is, in fact, a frankly autobiographical enterprise, perhaps not representational, but certainly representative and very much of the world. Made very often from clothes Ruffino has purchased and worn, his works are as much of him as by him. One of his earliest mature works, Blue Outfit, Winter (2004), is an emphatic example. Identified as a screenprint on embossed paper, the work is substantially more complex in structure and concept than that media line would suggest. The origin point for Blue Outfit, Winter, and for many works to follow, was Ruffino’s decision—a formal decision in the artistic sense and a lifestyle choice as well—to limit his wardrobe to a palette of blues. Ranging in origin from Comme des Garçons to the local thrift store, these clothes were worn and washed over the course of two winters. The collected garments were then pulverized, compressed and embossed to produce a roughly square support, more like particleboard than paper in thickness.‡ Ruffino then used this palimpsest as the ground for a slightly raggedy, off-white square, applied to the surface using a simple acrylic silkscreen technique. The result is a deceptively elemental object, years in the making, that balances formal experimentation with what might be called material autobiography.§

‡ It is interesting to note that because Ruffino’s clothes are also art supplies, he is able to claim them as a tax exemption. § Another work in this exhibition, Uniform Restraint (2006), is made from the lint Ruffino collected from washing the clothing that became Blue Outfit, Winter.

Although few of Ruffino’s subsequent works are as hard-won as Blue Outfit, Winter, many follow the same logic of production: garments purchased and worn by the artist are variously manipulated to form the ground for an abstract composition. The support—whether stretched thin or thickly dense—is an account of a life lived outside the studio, but always in anticipation of that eventual fate. Thus, Ruffino connects art production unavoidably to a social narrative, turning the traditionally inward facing, existential terms of abstraction, abstract painting in particular, on their heads to realize a body of work that will always be an account of his life, as much as it is a record of aesthetic choices. Almost certainly Ruffino did not set out to produce anything like a painting or to be called of all things a painter, and in any past generation, that term would not have been used to describe what he does. But in the present, the laden material connection he has developed between his work and the world around him is strikingly emblematic of what abstract painting has become, and is becoming. Christopher Bedford Henry and Lois Foster Director, Rose Art Museum

sleep's not unwelcomed monster For Ian, Sleep is a tight blue space quieted under blankets like snow, a space where dreams lull comfort in a dichotomy of stillness and strange horror—not unlike the sleep before a 5am flight. It is a sleep also reminiscent of Barthes’ awakening, “the white, neutral awakening: for a few seconds, whatever Care one felt when one went to sleep, pure moment of Carelessness, forgetfulness of evil, vice in its purest state, kind of clear joy in C major; then the earlier Care falls upon you like a great black bird: the day begins.” In Sleep, death is the overriding theme, but it is unclear if we find stillness or strangeness there or what the difference is. Blue Outfit, Winter is a muted blue square formed from dense, thick pulp made from all the clothing Ian wore for two winter seasons. It was created at a time when Ian began to notice that he had cast away almost every color from his wardrobe except blue. In a paper-beater he whipped all of the blue clothes into a pulp that was then layered into the thick substrate. Because this sort of unintentional act of just wearing blue clothing was a surprise to even himself, the multi-colored and white layers of other clothing were unconsciously shed out of his life and what was left was not much, just enough to condense into a single painting. In contrast to the porous blue substrate sits an undeniably glistening layer of thick white ink, like a blanket of snow. It is the snow that continually deafens the horror of Ian’s painstaking labor, a labor that simultaneously fights against death and bides its time.

In the piece Writer, Ian uses a found image of Robert Walser lying dead in the snow as the starting point for the work. As the story goes, on December 25, 1956, the Swiss writer, Walser, went for one of his customary long walks, only to be found dead later in the day by a group of school children. For Ian the photograph is absolutely romantic: the poet in his still yet wonderfully horrific place of being lost-in-thought and then falling to his death in a bed of cool, comforting snow: that moment of eternal Sleep captured in a photograph and again as a dark blue screen print in Writer. But in Writer the dark figure is obscured with white gouache, as if gently and painstaking covered in a blanket of snow, flake by flake. Roland Barthes—a central influence in Ian’s work and fittingly the author of Death of an Author—resonates similarly: in 1980 Barthes died of complications from an accident where he was knocked down by a laundry van while walking through the streets of Paris. In a dream we can see him perhaps reading while strolling the streets or lost in his brilliant, breath-taking thought. This obscuring, erasing, white-ing out, and sometimes blue-ing out strings a consistent thread throughout the work in Sleep—like a dream that is constantly re-writing itself but not to the point of obfuscation, but instead giving meaning in the shadow of the original. As with Rauschenberg’s Erased de Kooning, after the erasure we are not left with nothing, but another type of telling. The faint lines, pressures, and erasure marks, surely do lead us back to de Kooning’s perfect modernist abstract expressionism and in that shadow of modernism we

can see the tension of Rauschenberg’s horror in the Old World perfection and romantic sanctity of art. In spite of Ian’s tight moves within each blue square, the paintings are always in the imperfect shadow. Ian works in squares and modern technique in the face of his horror, where like Rauschenberg, he despises the rigid fascism of modernism while under the realization that he is almost its poster child. His deliberate application is coupled with the uncontrolled and allowed imperfections of his free lines and imperfect screens. Heidegger explores this with his ‘shadow’, it is a place in the shadows where truth becomes unconcealed by the very act of not being out in the open. For Ian, Modernism is the lie of the glass house, where its transparent exposure pretends to reveal truth at every turn of inescapable honesty. This is all fiction, as Heidegger explains, the figure always casts a shadow and much is unconcealed there. Although Ian has us constantly looking at the modernist square, he simultaneously shifts our gaze in between the lines where we see the shadows of blue, the feeling blue.

In A Rip is a Misfortune, A Stain is a Vice, Ian attempts to take us out of the square. I will admit, itâ&#x20AC;&#x2122;s my least favorite piece in Sleep. I hate the shape and the marks of the ballpoint pen with the overlapping pools of ink, but it does prove interesting. Instead of beating, cutting, sewing, and stretching his blue clothes into squares these pieces of blue pinstriped button-ups are left with the tailor/ factory edge. We see the shape of the tail or arm seam, all sewn together and mounted like an animal skin painting. Instead of a sun or animal motif, Ian pens in his modernist square by drawing long horizontal lines filling in the white pin stripes. For Ian the square is the modernist stain he refers to in the title. He despises Modernism, but to see this work and to know him we know it is a vice he cannot shake. Jean Luc Nancy writes about the monster, it is the self outside of self that we see in reflections, in dreams, in objects, in others; a resemblance or similarity that is so strangely and horrifically de-monstrating the truth about us. In this we see the resemblance before we see ourselves, very much like Heideggerâ&#x20AC;&#x2122;s shadows. Ianâ&#x20AC;&#x2122;s work shows the stain of modernism as a vice in the square, but here in the hyper/post/ultramodern we have learned to love our vices and our shadows, to embrace horror and the monsters in us, where death is not heroic or rude, but instead a blanket of snow, beautiful, not wanted, but not unwelcome. Eva Ball Artist 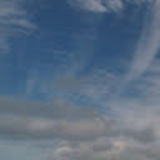