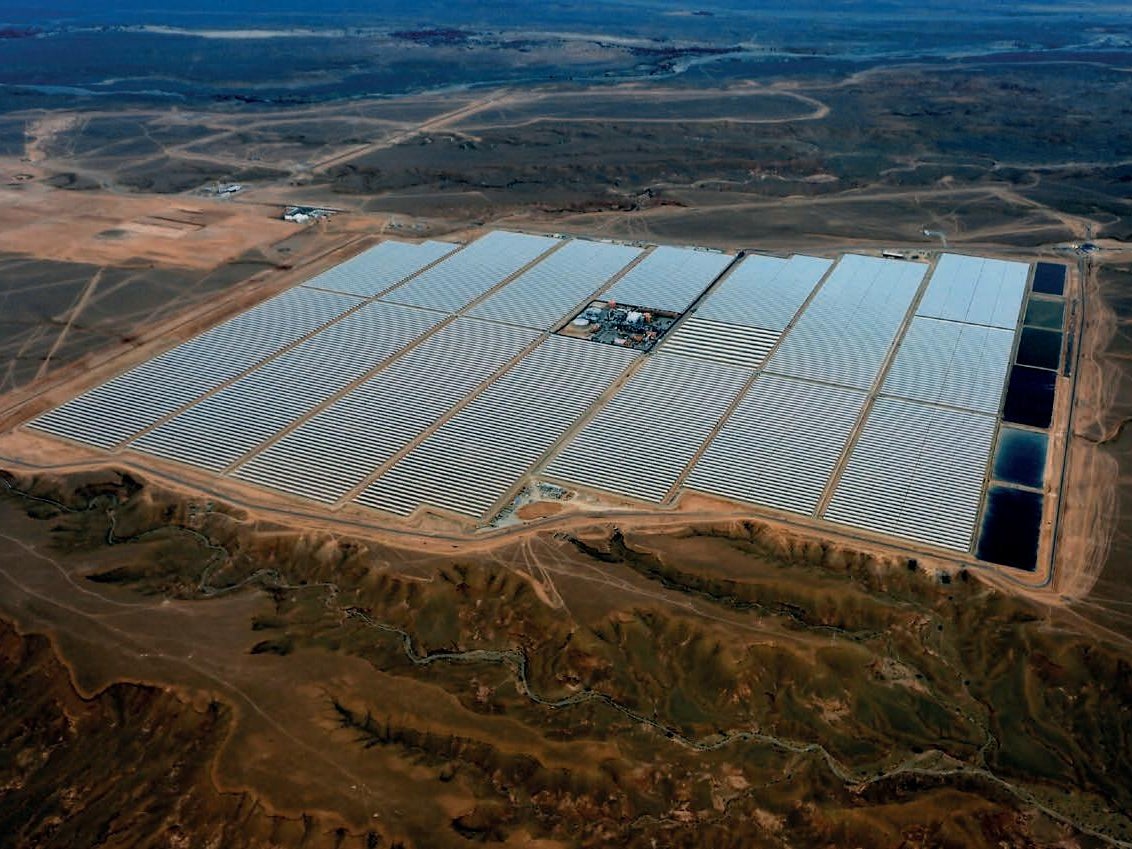 The civil aviation sector is pushing ahead with deploying sustainable aviation fuels (SAF) across the industry, writes Keith Nuthall.

Aviation has always been regarded as a tougher sector to convert to low carbon fuels than road transport, because of the high intensity burn required to power aeroplanes, which traditionally has been supplied by fossil-based kerosene. In 2019, before COVID-19 knocked the industry off a seemingly unstoppable growth trajectory, 95bn gallons of fuel was burned by commercial airlines worldwide, according to statistical service Statista.

Jane Hupe, Deputy Director for Environmental Protection at the International Civil Aviation Organisation (ICAO) says analysis undertaken by the UN agency found ‘that, by 2050, it would be physically possible to meet 100% of international aviation jet fuel demand with SAF, corresponding to a 63% reduction in emissions’. However, according to Hupe, ‘this level of fuel production could only be achieved with extremely large capital investments in SAF production infrastructure and substantial policy support. She notes that the effort required to reach these production volumes ‘would have to significantly exceed historical precedent for other fuels, such as ethanol and biodiesel for road transportation’.

Fortunately, efforts are being made, with civil aviation a prime target of global initiatives to reduce carbon emissions. One major player in SAF manufacturing is Finnish biofuel major Neste, which currently produces 100,000 t/y of SAF. Production is set to rise, with plans to expand the company’s Singapore refinery and invest in its Rotterdam, the Netherlands, refinery, with the aim of producing 1.5mn t/y of SAF by January 2024.

Another example is the World Economic Forum’s Clean Skies for Tomorrow Coalition initiative, which includes major airlines, airports, fuel suppliers and other aviation innovators from around the world. In September 2021, 60 of these companies signed a pledge to cooperate to ensure global aviation drew at least 10% of its power from SAF by 2030.

Much of this ambition includes the development of bio-based feedstocks to make aviation fuel or blends with kerosene. Companies involved include BP, Shell, Suncor and Norsk e-Fuel; British Airways and Delta; Heathrow and Schiphol airports; and aviation manufacturers such as Airbus and Rolls Royce.

While SAF has already fuelled more than 250,000 commercial flights, there are difficulties in scaling up production and use, because manufacturing aviation fuels from bio-based feedstocks instead of using kerosene is much more expensive, notes the World Economic Forum. ‘Costs will fall if production scales up, but fuel providers are facing headwinds due to high price pressure on low SAF demand, and high risks associated with policy and investment uncertainty,’ it says.

One way in which coalition members are trying to bridge that gap is through the development of SAF certificates (SAFc), where aviation consumers (especially corporate customers) can pay more for flights, knowing that this has funded the use of SAF. These certificates can count towards their own greenhouse gas reduction commitments in regulatory and trading schemes.

Such market-based systems are at the core of encouraging the world’s civil aviation companies to use SAF, notably the CORSIA (Carbon Offsetting and Reduction Scheme for International Aviation) system that has been in place for the industry since January 2019. Established by the ICAO, it involves airlines buying emission permits from trading systems or funding carbon offset projects that reduce CO2 emissions elsewhere. In this way, there is a financial incentive for the industry to reduce its carbon footprint.

Using SAF is one way this can happen, as long as its production and use complies with ICAO standards that insist the carbon emissions must be at least 10% lower over the fuel’s lifecycle than standard fossil-based aviation fuel. ICAO has added some additional criteria, such as feedstocks should not replace food production; or be grown on areas that were previously old-growth forest, wetlands and peatbogs; and that any increase in carbon emissions caused by a change in land-use when switching to biofuel production is taken into account in greenhouse gas calculations. SAF must also be as safe to use as existing fossil-based fuels. Under CORSIA, third-party certification organisations are approved to assess and approve aviation biofuel consignments’ compliance with ICAO lifecycle sustainability criteria.

Five fuel conversion processes are recognised by ICAO as being acceptable within CORSIA. These are the Fischer-Tropsch (FT) process; hydro-processed esters and fatty acids (HEFA); alcohol (isobutanol) to jet (ATJ); alcohol (ethanol) to jet; and synthesised iso-paraffins (SIP) systems. As for potential feedstocks, the UN agency recognises the use of agricultural and forestry residues, municipal solid waste, used cooking oil, tallow, corn oil, soybean oil, rapeseed oil, palm oil, sugar cane, sugar beet, corn grain, poplar, miscanthus, switchgrass and palm fatty acid distillate. ICAO is particularly keen on the use of miscanthus and switchgrass, given that they absorb carbon when grown, and so could deliver a negative carbon balance over their lifecycle.

Bruno Silva, ICAO Environment Officer says: ‘We expect that this will help facilitate the future deployment of SAF.’ ICAO currently projects that sustainable fuels will deliver half of the industry’s carbon reductions towards meeting its goal of ensuring there will be carbon-neutral growth.

Finnish paper, pulp and energy conglomerate SCA and Finnish energy group St1 have created a joint venture to produce and sell advanced biofuels, which will include aviation lines. The companies are building a new biorefinery at St1’s current refining complex in Gothenburg (Göteborg), Sweden, able to produce 200,000 t/y of liquid biofuels. While the facility will be able to use a range of feedstocks, it will have access to SCA’s tall oil, a by-product from pulp production at the company’s mills based in Östrand, Obbola and Munksund, also in Sweden, and will operate from 2023. Meanwhile, in the US, DG Fuels has developed plans to create a manufacturing plant in Louisiana supplying 151mn gallons/y (571mn l/y) of Fischer- Tropsch process-made SAF.

Adam Zampini, spokesperson for Airports Council International (ACI), stresses that airports can play an important role in extending the use of SAF. ‘They all have to work in a coordinated way to make this possible,’ he says. ‘Preparations for SAF implementation can take many months or even years. It is likely that current airports wanting to facilitate SAF will need to bring it from across borders.’ According to Zampini, at present SAF ‘should be preferably procured already blended with conventional aviation fuel to minimise customs or transportation barriers’.

‘There is much focus within the aviation industry on expediting the widescale deployment of sustainable aviation fuels and the EI is also reviewing options to minimise greenhouse gas (GHG) emissions associated with ground handling activities. The deployment of low carbon aviation fuel provides another important route to reducing the carbon intensity of aviation. All opportunities to reduce GHG emissions need to be taken to help the industry achieve its ambition of being net zero by 2050.’

Another sustainable, but non-bio based, fuel is being made by Silicon Valley, US, electrofuels start-up Prometheus Fuels, which recently announced it was selling 10mn gallons of zero net carbon Promethean Forged jet fuel to American Airlines. Prometheus uses a novel process claimed to capture CO2 and water molecules exhaust pollution from the air, recharging and recombining these molecules into hydrocarbons and then converting them into gasoline, diesel, or – in this case – jet fuel. According to founder and CEO Rob McGinnis, it is ‘the world’s first electro-SAF and the first SAF that can beat fossil fuels on price – our jet fuel costs one cent less per gallon than fossil fuel’.

Meanwhile, ICAO is also looking at recognising lowering carbon content through the reduction of flaring, the use of renewable energy in refineries and carbon capture storage and usage (CCUS) technology.

Another focus for the UN agency is the potential contribution to carbon reduction offered by small hybrid and electrical aircraft. One major issue here is the weight of the batteries.

Meanwhile, the development of hydrogen-based aircraft is also being considered by ICAO as an emissions reducer, with researchers assessing design issues associated with the volume of fuel tanks required. European air traffic control organisation Eurocontrol is among the industry bodies taking this concept seriously. It staged a seminar on hydrogen propulsion powered aircraft in May 2021 that highlighted a Clean Sky 2 and Fuel Cells & Hydrogen 2 Joint Undertakings study that confirmed such planes emit zero CO2 and reduce climate impact by 50–75%, and, if using fuel-cell technology, by 75–90%.

Zampini agrees that all these advances will be needed. ‘Net zero will require several solutions – new technologies, which will allow for aircraft to fly 100% on SAF, and the development of new electric and hydrogen-powered aircraft, efficiency improvements, additional operational opportunities to reduce emissions, sustainable infrastructure and negative emissions technologies (NETs) [that remove and sequester carbon from the air].’