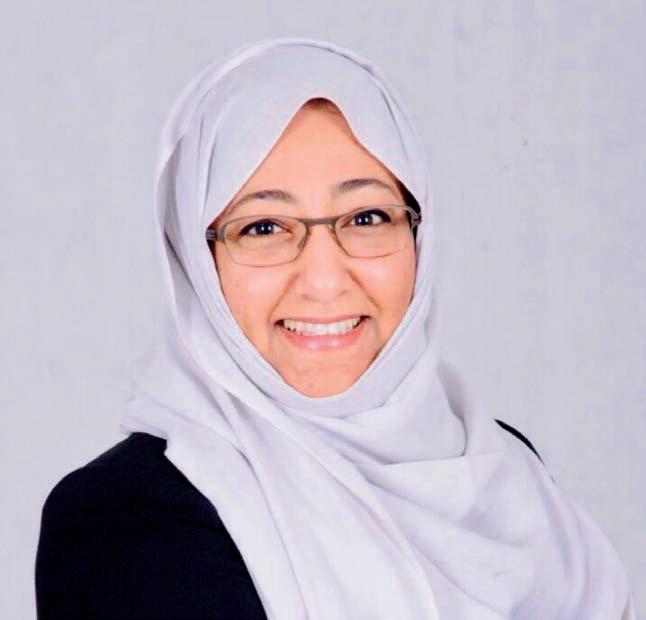 Supporting a kingdom of change

The engines of environmental change are gaining momentum in the aviation sector, despite the sector’s most challenging year ever. Michelle Meineke reports.

Aviation has been brought to its knees this year, with the impact of the coronavirus pandemic still reverberating across the globe, thousands of aircraft parked, tens of thousands of redundancies, and several airline bankruptcies. It is not a pretty picture.

But it could get worse if the industry doesn’t avert another potential disaster – failing to accelerate its low carbon efforts, notably in terms of energy efficiency and new fuel types. Indeed, the greatest threat to aviation’s balance sheets is not COVID-19, but the global push for a greener future spurred by the Paris Agreement. Aviation stakeholders underestimate the magnitude of change at their financial peril.

‘The changes to make aviation zero and low emissions will be the most significant innovations since the introduction of the jet engine,’ says Nathan Wrench, Head of Sustainability Innovation at Cambridge Consultants. This heralds the biggest upheaval in aviation in nearly a century.

Aviation isn’t just off the starting block in this regard. Progress has been made over the last decade in particular. Improvements to airframe structures and airlines’ fuel use management, for example, mean that every generation of aircraft is contributing around a 30% improvement on the efficiency of the fleet.

But it is simply not enough. New fuel types are urgently needed to complement this momentum. Aviation remains one of the most difficult sectors to decarbonise, warns David Rabley, Managing Director of Strategy at Accenture. When the air fleet and carriers find their post-COVID-19 feet, it is imperative that the importance of environmental performance is placed alongside economic recovery. As we head deeper into the 21st Century, the value of these two camps will increasingly become one, he says.

Sustainable aviation fuels (SAFs), such as biofuels, must be prioritised – although it is not a simple road. Questions remain around the aggregation of biomass material and how that aligns with biofuel refineries, plus the significant land-use change required.

‘The biofuels challenge is less around the technology of the final combustion and more around the associated supply chain and the refineries that go alongside it,’ Rabley explains. ‘We’re starting to see the biofuels refinery question as a real test of being able to fund at scale. While companies have been able to direct major investments toward solar and wind farms, these are usually modular financings and relatively fast in terms of their cash flow return and performance. Comparatively, building a biofuel refinery at scale could cost $8–15bn, and even a small one is $3–5bn. This is a big commitment to the energy transition. Right now, we’re not seeing many companies that can show up at that level. Will the direction of funds be able to cope with the scale needed or will we get stuck?’

One possible route to wholesale biofuels is the establishment of a global or an industry carbon price. A carbon price of $100/t would probably place biofuels on a roughly equal footing to jet fuel, Rabley says. While that is a long way off, it is certainly not the speck on the horizon that it once was. For one, the dramatic decline in the cost of renewable energy in recent years – notably solar and wind power generation – means that what some black gold behemoths deemed ‘fantastical’ talk of peak oil is fast becoming reality (energy major BP, for example, expects peak oil in the early 2020s).

‘There was a perception that the aviation sector would always be a growing demand area for oil and that oil majors needn’t worry about the 2040s or 2050s. Now we are seeing a different understanding of that,’ comments Andrew Murphy, Aviation Director at Transport & Environment (T&E).

But that doesn’t mean the oil and gas industry doesn’t have a powerplay. Take the Middle East as an example. In recent years, the historical epicentre of fossil fuels took the limping refining reins from Europe with significant infrastructure expansions, including some of the world’s biggest facilities. Refinery flexibility has already been successfully tested with compliance to the International Maritime Organisation’s (IMO) new sulphur limits – one of the biggest disruptions in shipping fuels in a century. So why can’t the region – home to Dubai International Airport, the world’s busiest international passenger hub for six consecutive years – leverage this opportunity with aviation biofuels in the early 2020s?

‘Green’ hydrogen (produced from renewables) is the only technology that can decarbonise the aviation industry and the UK risks losing the energy transition race that has only just begun, argues Cambridge Consultants’ Wrench. Considering also non-CO 2 emissions and the uncertainties of these effects, the latest estimates by Clean Sky 1 show how hydrogen combustion could reduce climate impact in flight by 50–75%. While, for fuelcell propulsion, these figures climb to 75–90%, compared to 30–60% for synfuels.

The hype surrounding hydrogen fuel – the most abundant source of energy in the universe – is driving progress. Earlier this year ZeroAvia conducted the world’s first hydrogen-powered commercial aircraft in the form of a six-seater Piper M-class plane that took to the skies above Bedfordshire, in the UK. But in 2008 an engineering team at Boeing also conducted three test flights of a manned airplane powered by hydrogen fuel cells. 2 The current optimism is laudable, but history reminds us that innovations can splutter to a crawl – and the climate isn’t allowing us any more time for hesitation. Hydrogen’s potential isn’t a done deal (yet).

‘The current cost of hydrogen, especially green hydrogen, is 5–6 times the cost of the jet equivalent. This puts it in the realm of an experiment for now, ie tests and pilot projects,’ Rabley explains. ‘At the moment, it is difficult to see where the industries – both hydrocarbons and aviation – have the balance sheet strength for major investments that are going to have a long cycle payback, like hydrogen. They must balance whether they focus on innovations and solutions, knowing it will be a decade or more till they see a payback. Or do they opt to drive down nearer-term emissions at scale?’ For now, the jury’s out.

The world’s biggest aeroplane manufacturer, Airbus, unveiled three concepts for the world’s first zero-emissions commercial aircraft in September 2020 – potentially entering them into service by 2035. The concepts, codenamed ZEROe, have hydrogen as their primary power source.

• A turbofan design (120–200 passengers) – with a range of 2,000+ nautical miles, capable of operating trans-continentally and powered by a modified gas-turbine engine running on hydrogen, rather than jet fuel, through combustion. The liquid hydrogen will be stored and distributed via tanks located behind the rear pressure bulkhead.

• A turboprop design (up to 100 passengers) – using a turboprop engine instead of a turbofan and also powered by hydrogen combustion in modified gas-turbine engines, which would be capable of travelling more than 1,000 nautical miles, making it a suitable option for short-haul trips.

• A ‘blended-wing body’ design (up to 200 passengers) concept in which the wings merge with the main body of the aircraft with a range similar to that of the turbofan concept. The exceptionally wide fuselage opens up multiple options for hydrogen storage and distribution, and for cabin layout.

Many agree this is a step in the right direction, but views are mixed on the balance of public relations savvy versus meaningful progress.

‘The concept leading the pack is a truly exciting blended wing design. This is the most radical and possibly the most complete vision for what it means to adopt an alternative fuel system and optimise efficiency,’ comments Nathan Wrench, Head of Sustainability Innovation at Cambridge Consultants. ‘It might be that the turbofan concept is the easiest to implement in the near term – it is almost possible to imagine it as a conversion of the existing aeroplane fleet. The USSR proved this concept back in 1988 with the Tupolev Tu-155, although the fall of the Soviet Union stopped this development completely.’

Meanwhile, Andrew Murphy, Aviation Director at Transport & Environment (T&E) says: ‘Announcements like Airbus’ don’t have an impact; investment decisions and concrete proposals do. A company the size of Airbus can afford to have small pilot projects and announcements about more potential pilot projects coming in 15–20 years. But unless it is putting a substantial amount of its research and development (R&D) into new aircraft types, we’re extremely unlikely to see major change. What Airbus has done to date, putting the bulk of its R&D into incremental improvements in aircraft design, has not succeeded in reducing fuel demand for the aviation sector. Each year, passenger growth outstrips any of those efficiency savings.’