Legal and technical obstacles blow US offshore wind off course 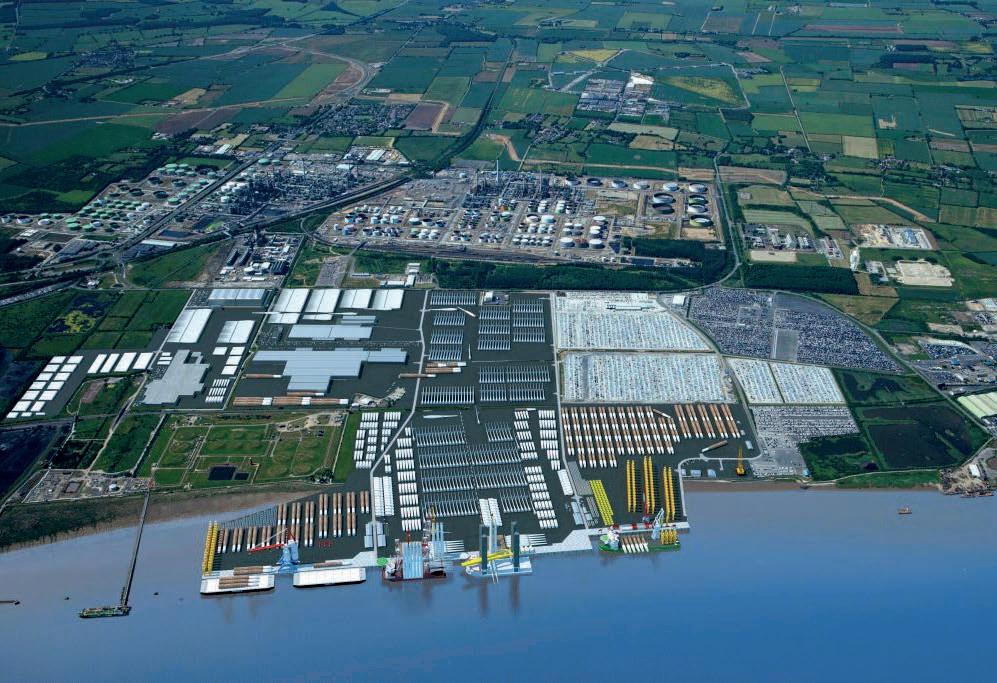 The UK is working to bring off...

Despite ambitious expansion plans for its offshore wind sector, there are fewer than 10 turbines operating in US waters today. Can the country realise its ambitions in line with its targets? Or will technical and regulatory hurdles stymie growth? Jennifer Johnson evaluates progress so far.

The US will likely fall short of the Biden administration’s target of installing 30 GW of offshore wind capacity by 2030, according to new analysis by IHS Markit, an information provider. Bottlenecks in permitting processes and supply chains – combined with a lack of grid connection infrastructure – led the firm to conclude that Biden’s goal will ‘almost certainly be missed’. Such is the difficulty of building a new industry from the ground up. Though offshore wind has proven to be a massive success across the Atlantic in Europe, there are no utility-scale offshore wind farms currently operating in the United States.

Enthusiasm for the technology is undoubtedly building, thanks in no small part to the Biden administration’s embrace of renewable energy and carbon reduction targets. In May, the US Department of the Interior gave the green light to the 800 MW Vineyard Wind 1 project, which looks likely to be the country’s first major offshore wind project. Scheduled to be operational in 2023, IHS Markit believes the project is likely to be subject to delays because of the US Bureau of Ocean Energy Management (BOEM)’s lengthy investigations of impacts of construction.

‘Over time and with scale, as more and more offshore wind farms in the United States are consented, equipment manufacturers will be more willing to invest and build local supply chains and new installation vessels,’ says Andrei Utkin, Principal Analyst for clean energy technology at IHS Markit, in a statement. ‘But it will be a gradual process as the industry needs to see a rich pipeline of consented projects and a clear regulatory framework before committing to invest billions of dollars in local factories.’

Developers have been trying to build a wind farm off the coast of Massachusetts near Nantucket for more than a decade – and have faced notable hurdles along the way. An application for a commercial lease in the area was first made to the federal government in 2001. But it would be another nine years before officials finally permitted a 25-year commercial lease. The proposed Cape Wind project would have been visible from the islands of Martha’s Vineyard, an exclusive vacation destination for the wealthy. Local residents, including the late Senator Edward Kennedy and the billionaire industrialist William Koch, opposed the project.

It wasn’t just NIMBYism that hampered Cape Wind, fishing communities were concerned that construction in the area would hurt their business, and some environmentalists expressed concerns for the health of birds, whales and other wildlife. The local Wampanoag indigenous tribes also claimed that wind turbines would disturb spiritual sun greetings and possibly ancestral artifacts on the seabed. The Alliance to Protect Nantucket Sound, chaired by Koch, raised $40mn to repeatedly challenge court decisions that favoured Jim Gordon, Cape Wind’s developer.

Ultimately, Gordon abandoned the project in 2017, with legal challenges and missed construction deadlines making it difficult to plot a practical way forward. In an interview with The New York Times, he concluded: ‘I guess I was 10 years ahead of my time.’ Future wind farms in the area, such as Vineyard Wind, will be constructed further out to sea, so as to be invisible from land.

However, this doesn’t mean they’re without ongoing controversy. The fishing industry, in particular, has been vocal about its concerns over the impact wind farms could have on fish stocks by interfering with navigation and changing ecosystems.

Vineyard Wind received a record of decision from BOEM and the US Department of the Interior (DOI) – the final major step in the federal regulatory process – in May this year. The development immediately drew criticism from the Responsible Offshore Development Alliance (RODA), a coalition of fishing industry associations and companies. In a statement, RODA claimed that the decision includes ‘effectively no mitigation measures to offset impacts to critical ocean ecosystems and commercial fisheries.’ There are also concerns about the safety of operating fishing vessels around turbine and transmission infrastructure.

In a letter with almost 1,700 signatories, fishing community members asked BOEM to include 12 mitigation measures in its record of decision to help protect their industry. These included guarantees of safe vessel transit, proof of long-term biological and environmental monitoring plans and avoidance of sensitive habitat. According to RODA, the government offered no response to their demands beyond acknowledging their receipt.

In late July, Reuters reported that the Biden administration was considering offering some form of compensation to commercial fisheries that incur losses as part of the expansion of offshore wind in the Atlantic Ocean. However, talks on this matter are still in their early phases, and the exact mechanism of compensation has yet to be determined, though it’s likely that wind farm developers will set aside funds to pay fisheries for damages. Prior research by the US government has indicated that offshore wind projects could displace some commercial fisheries by as much as a quarter.

Strangely, some of the more aggressive action against Vineyard Wind is coming from another renewable energy firm. In late July, Allco Energy, a developer of solar projects, filed a lawsuit in Boston claiming that the DOI had improperly approved the offshore wind farm. The lawsuit claims that Vineyard Wind’s approval violates the National Environmental Policy Act 18 times. It cites potential harm to the fishing industry, and the belief the turbines could not withstand strong hurricanes, among the risks of installing the wind farm.

It has been pointed out that Allco is a potential competitor of Vineyard Wind’s in the renewable electricity market. Allco’s owner, renewable energy entrepreneur Thomas Melone, also filed a lawsuit against Cape Wind’s developers in 2012 on the basis that it would have altered the view from his nearby property. The suit also cited Melone’s concerns that oil and other contaminants from the project could wash ashore at his home.

A separate 2017 study from the National Renewable Energy Research Laboratory estimated that by 2027, the New England region alone could have installed 144 GW of offshore wind capacity – far exceeding the President’s 30 GW by 2030 goal.

But this potential can only be translated into renewable energy if regulatory hurdles are cleared, and opponents placated – both things perhaps easier said than done. The permitting process for offshore wind in the US is notoriously complex: developers must first acquire a lease in a BOEM auction, then the bureau must approve the developer’s site assessment plan. Finally, developers must submit a construction and operations plan and BOEM conducts an environmental impact assessment. Only then can construction begin.

The offshore wind industry would undoubtedly like to see the permitting process streamlined and other obstacles removed. As the industry matures in the US, resistance to it will likely calm down. Until then, it could be rough seas for the sector – even in light of revived federal government support.