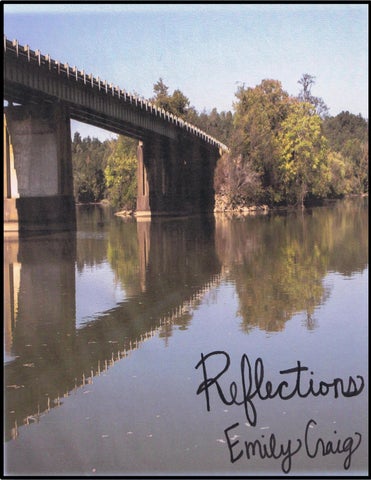 Take Me Out to the Ballgame

The Reunion of Best Friends

Research Question: What is the history of the Volkswagen Beetle?

1. “This model will open up the automobile to millions of new customers on low incomes,” Adolf Hitler predicted in February 1938 as he presented the protype of a small, inexpensive family vehicle amid much fanfare at the Berlin Auto Show. Commissioned by the führer and designed by Ferdinand Porsche, the bug-shaped car unveiled on the eve of World War II was indeed to become the “people’s car” – or Volkswagen – that fulfilled the dream of private auto ownership for millions (People’s Car, Rieger 1).

2. More than 10 years had passed since the end of the war, but some wounds has not healed and the anger it has fostered still simmered. Feelings had been held in, papered over. After all, this was the car that The New York Times had referred to as the “Baby Hitler” in 1938, and while it’s been said that no baby is ugly, this one certainly had a unique face” (Hiott 6).

4. “With the 1990s being so linked to the 1960s in its recurring themes, it’s no surprise (in retrospect) that the 90s were the decade that gave the Beetle new life. The 1998 New Beetle remained on the U.S. market from 1998 until 2010. A total of 477,347 cars were sold during this time. Mays and Freeman were celebrities themselves after designing the New Bug. Funnily and fittingly enough, they went on to become head designers at Ford, the home of the Model T, the original, People’s Car” (Hiott 389-91).

5. â&amp;#x20AC;&amp;#x153;That this car would secure such prominence in postwar German culture was by no means a foregone conclusion. Like many a popular material object, the Beetle has taken numerous twists and turns over its long life as a commodity from Nazi Germany to the present. Rather than remaining a merely functional object, the car came to articulate and communicate a broad range of sentiments that, given its prominence, highlight key aspects of West German collective identity. A large number of people including politicians, engineers, line workers, management executives, advertising agents, car dealers and, last but not least, countless ordinary drivers played important roles in making this vehicle an exceptional success that gained symbolic significance despite inauspicious beginningsâ&amp;#x20AC;? (Good German, Rieger 5).

6. “Both in Germany and abroad, it was common knowledge that the car’s main design features – its round shape, its torsion-bar wheel suspension, its air-cooled rear engine – stemmed from the 1930s. It was also well known that Ferdinand Porsche had secured Hitler’s support to develop an inexpensive, robust family vehicle as part of the dictator’s plans to advance mass motorization so as to demonstrate National Socialism’s purported commitment to creating a classless, racially pure ‘national community [promoted as the Volksgemeinschaft]’” (Good German, Rieger 5).

7. The original Volkswagen and the original Porsche would always be a bit like brother and sister, each eventually starting families of their own (The 356 would soon lead to the Porsche 911, considered by many to be one of the most beautiful cars in the world, a car that, like the 356, was strongly modeled on Ferdinand Porscheâ&amp;#x20AC;&amp;#x2122;s original VW design)â&amp;#x20AC;? (Hiott 275).

8. “The Beetle was coming to life, like a black-andwhite photo suddenly washed with color. Stuff about the team. Between 1948 and 1954, every part of the People’s Car was inspected and improved” (Hiott 298).

10. By the late sixties, both those living in suburban affluence and members of the counterculture rebelling against suburbia as the epitome of conformity drove Volkswagens en masse. Between 1938 and 1968, the Beetle – and only the Beetle – exerted a profound appeal among customers across the political spectrum from the extreme Right to the Left” (People’s Car, Rieger 1-2).

11. “The Beetle does float,” declared the headline of an article in Sports Illustrated in 1963. As proof for its surprising claim, the magazine offered a two-page photograph of a Volkswagen swimming in a creek framed by plush Floridian swampland vegetation. The image, a caption explained, “was made in Homosassa Springs after a Volkswagen was lowered gingerly onto the water by a crane.” While Sports Illustrated did “not recommend this experiment to others,” it was deeply impressed by the car’s amphibian properties because it only sank after remaining above water for almost half an hour. (The People’s Car, Rieger 188-9).

12. Buying more than two hundred thousand vehicles made in Wolfsburg in the previous year, Americans, Sports Illustrated continued, … Boisterous demand and numerous declarations of affection showed that “the Volkswagen has found a home in America.” In fact, strong, global sales, the articles concluded, has turned this vehicle “into the most easily recognized car on earth” (The People’s Car, Rieger 188-9).

Conclusion The Volkswagen Beetle has been through many changes since Hitler debuted the first design in 1938. “I Flipped” exhibits change throughout the course of rebuilding my driving confidence after a traumatic experience. Since my Bug was a 2000 model Volkswagen, through this research I discovered that my car was sold during the design period between 1998 and 2000 with the title “New Beetle.” Finally, a car going through design changes is much like a person making a comeback after a traumatic experience such as a wreck.

I Wanted to Drop Out

Accidental Plagiarism At The College Level 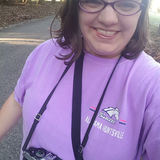