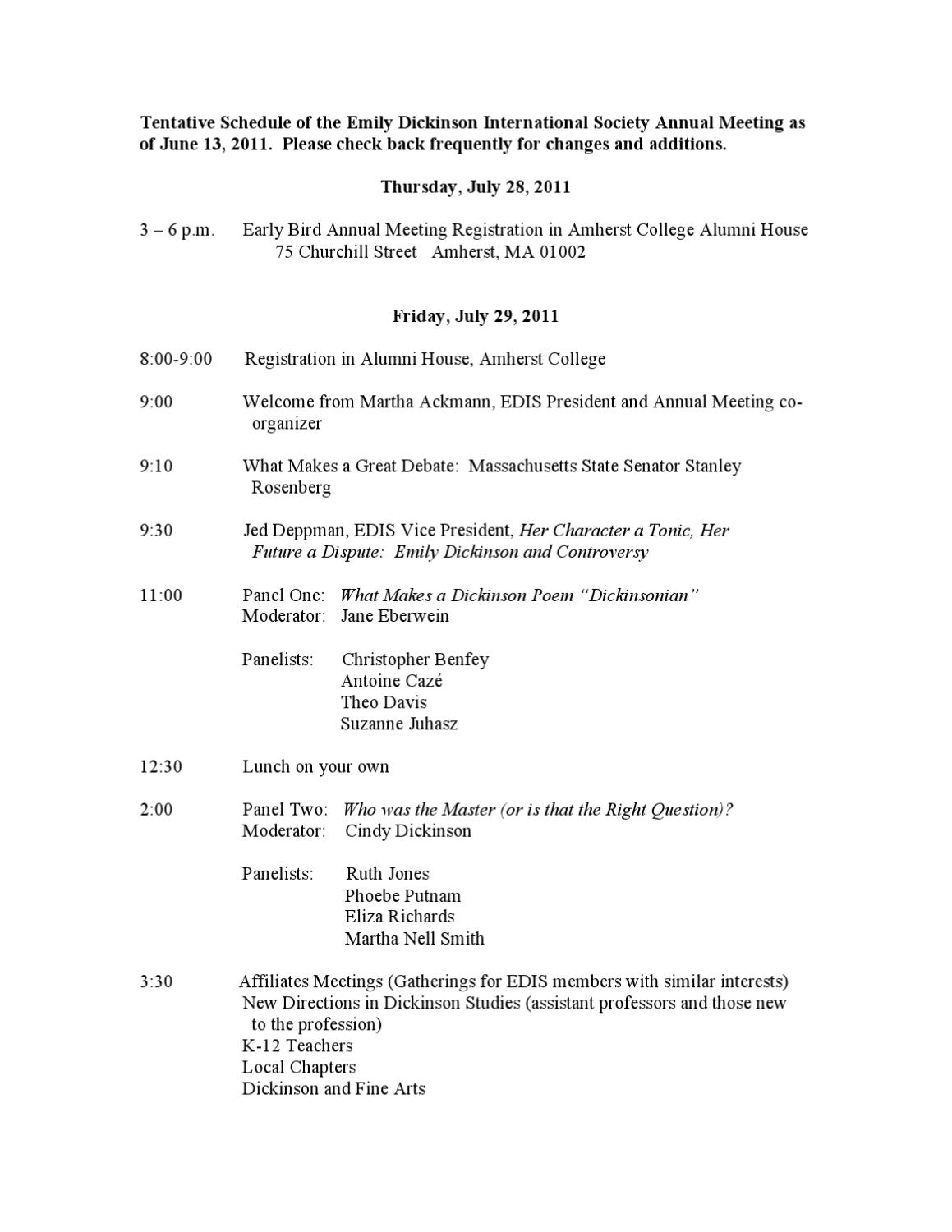 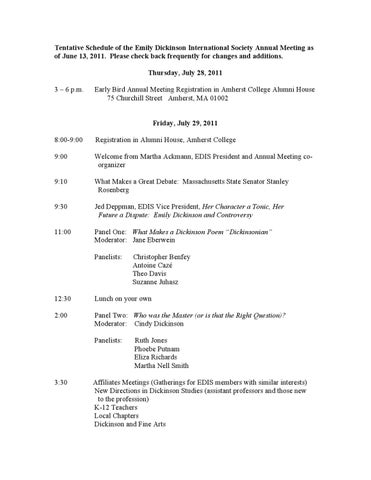 Lunch on your own

Panel Two: Who was the Master (or is that the Right Question)? Moderator: Cindy Dickinson Panelists:

Exhibit at Amherst College Special Collections When Emily Dickinson was born, on December 10, 1830, the business of producing and selling books was in the midst of a major revolution. This exhibition aims to illustrate the literary context in which Dickinson lived and wrote. What did published poetry look like during her lifetime? What publishing options were available to female authors? Highlights of the exhibition include Emily Dickinson’s first and last appearances in print during her lifetime; issues of The Springfield Republican where her poems appeared; letters and manuscripts by Dickinson, her family, and friends; and archival material from Mabel Todd’s editorial work on Dickinson’s poems. Along with these artifacts are a host of published works by Dickinson’s contemporaries, such as Walt Whitman, Ralph Waldo Emerson, Helen Hunt Jackson, and Margaret Fuller. Mike Kelly, Head of the Archives &amp; Special Collections at Amherst College will give a brief gallery talk about the exhibition.

Master Classes (Discussions of Dickinson poems facilitated by expert teachers and readers of the poet’s work. Participants chose one session from the facilitators listed below. Some sessions will be repeated on Sunday morning)

Dinner on Your Own

Film Seeing New Englandly second in the Angles of the Landscape Series of films produced by the Emily Dickinson Museum. Following the film there will be a conversation with screenwriter Susan Snively and Barbara Dana. Red Room Converse Hall Amherst College Sunday, July 31, 2011

Master Class (a selection of Master Class discussions from Saturdayâ&amp;#x20AC;&amp;#x2122;s sessions will be repeated)

On you own, enjoy all the activities and attractions of Amherst in the summer. Detailed Schedule of the 2011 Annual Meeting