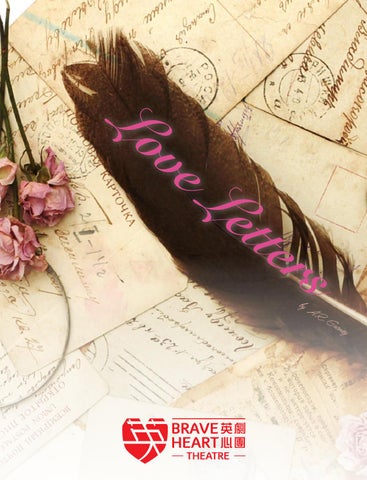 When playwright A.R. Gurney set out to create Love Letters, he initially intended to write a book. “I was thinking, ‘Hell, I’ve had enough of theater for a while,” Gurney told Bomb Magazine. “I sent [Love Letters] to The New Yorker. They sent it right back and said, 'We don’t pulish plays.’” Taking the magazine’s advice, Gurney decided to try rewriting it as a two-person play, where both actors read letters back and forth to one another. In the late '80s, Gurney was scheduled to give a speech at the New York Public Library—but instead, armed with his friend and collaborator, actress Holland Taylor and a stack of letters, the pair read Love Letters to the crowd. “We started at 4:00, and I put in an arbitrary intermission at 5:00, saying, ‘Well, I’m sure a lot of you have to go,’” Gurney recalled. “And nobody wanted to leave! So I figured we had something.”    On March 27th, 1989, Love Letters opened at the off-Broadway Promenade Theater -- only on Monday nights when the main production there was dark.  It starred Kathleen Turner and John Rubenstein. The run was so successful that it eventually became a fully-scheduled show running 8 performances per week.  In 2014, helmed by Tony-winning director Gregory Mosher, Love Letters came back to Broadway, and included appearances by Carol Burnett, Alan Alda, Candice Bergen, Stacy Keach, Diana Rigg, Anjelica Huston and Martin Sheen. The first celebrity pair in the new revival was Mia Farrow and Brian Dennehy. "Love Letters is an extraordinary piece,” Dennehy told Today. “You cannot stage a play more simply than this, and yet it’s about everything in life. First love, loss of opportunities, loss of life, loss of love...It’s a beautiful play,.. -Excerpted from Broadway.Com

Andy Chworowsky’s to blame for this. He did the show before and wanted to do it again, and introduced it to me. A cynic might think it suits him as a play because he doesn’t have to remember any lines – but I say it suits him (as well) because he is a superb interpreter of text and this is a superb text to interpret. It's interesting to me as a director because, with almost no blocking or business, the actors and I were able to spend a generous amount of time luxuriating in the interpretation of the text and the development of the characters. It suits me as a producer because – besides the simplicity of the staging – I could offer roles to several talented actresses at the same time.  (A cynic might think this is because I like to audition on the casting couch – but I say that’s a pack of lies, I never touched a fly and neither did they.) [my, my.  aren't we defensive? -ed.] I'm sure it will suit you as a spectator because you'll be moved and entertained by this beautiful work.

*The role  of  Melissa  will  be  performed  by  our  three  actresses  as  follows: WEDS

With special  thanks  to: Scapa  Scandia  for  the  beer Premium  Sofa  Club  management  for  the  space You  for  coming  and  (if  you’ve  enjoyed  yourself)  spreading  the  word…

BIOGRAPHY Andy Chworowsky Apart from occasional breaks to run restaurants, Andy has been a professional actor in Hong Kong since 1982, when he joined the storied group Actor's Rep. Love Letters is Andy’s second production with Brave Heart, having originated the role in 2014 of Man B and Archie in Wing Man Lam’s acclaimed work, Three Little Men.  Movie credits include Off Limits with Willem Dafoe and Shanghai Surprise with Madonna and Sean Penn.  (His nearly immortal lines "You guys are dicks for going to Duc Pho" and "It's in the stern, sir" were both relegated to the respective cutting room floors of said films.)   Andy is an executive with Asia’s premier conference and event management firm, DDK Asia. He also coaches negotiating and speech and presentation skills with Black Isle Group and is a much sought-after after-dinner speaker, auctioneer and event emcee – most notably for the last 13 years with the famous -- sometimes, infamous -- FCC Charity Ball. (andyc@bravehearttheatre.com)

Nina Kwok Trained at London’s Mountview Academy of Performing Arts, Nina has performed in the UK and China. Acting highlights include Young Vic Theatre Company’s ‘Herge’s Adventures of Tin Tin’ which toured the UK ending in London’s West End and (as Cordelia) ‘King Lear’ for the Royal Shakespeare Company's Complete Works Festival which was developed and performed in Shanghai and the UK.  In London she played Hermia in ‘A Midsummer Night’s Dream’ at Southwark Playhouse, starred as Robbie Ling in the BBC’s television series ‘Holby City’ and performed in various BBC radio dramas. Nina has appeared twice in the Hong Kong Arts Festival: as the lead Rebecca Losey in ‘F.I.L.T.H.’ and in Chung Ying Theatre’s  bilingual production of ‘The Nightingale’.  She was most recently seen here as Medea in AFTEC’s production of Jason and the Argonauts. She directed ‘The Date’ for the Short Film 2015 Raindance Film Festival. She also has 8 years experience in corporate training, teaching presentation skills, phonetics, sales pitch and feedback conversations.

Sarah Martin Sarah Martin has spent most of her professional career as a vocalist either performing in operas around NYC or new classical music with various contemporary composers. Upon recently relocating to Hong Kong she is excited to try her hand at various forms of theater and performance. Sarah debuted her talents in Hong Kong just a few weeks ago with her no holds-barred performance in The Vagina Monologues and has upcoming performances with Western District, a classical chamber ensemble bringing old and new classical music to the bars and clubs of Hong Kong.

Tom Hope  Director Tom has written, directed, produced and acted in Hong Kong theatrical productions since 1991 when he co-founded the Not So Loud Theatre Company while working as a lawyer here. Now in its 21st year, Not So Loud continues to produce English language drama addressing Hong Kong issues in a dramatic way. Meantime, Tom retired from the law to work at The Old Vic in London (2003-6), produced two professional London shows (The Mouse Queen and Slippery Mountain 2007-8) before returning to Hong Kong in 2009 to pursue his dream of founding an English language professional repertory theatre company in the territory.

A Fine Arts graduate (BA hons) from the Chinese University of Hong Kong (2013) then further studied Stage Production and Sound Design in The University of Virginia, Emillie has exhibited her fabric sculptures and related works in spaces around Hong Kong whilst freelancing on numerous theatre, filming and multi-media projects in art direction and set/costume designs. Further info: http://emilliechiu.weebly.com/

Jennie Parker Jennie Parker is originally from Indiana, USA. She graduated from the University of Dayton with a BS in Electrical Engineering and worked in the high-tech industry for 10 years. For the past 9 years, she has enjoyed the wide range of opportunities in Tokyo and Hong Kong with her husband and 3 school-aged children. Jennie made her Hong Kong acting debut in 2013 in one of the lead roles as ‘Pet’ in the stage production of Otherhood, by Not So Loud Theater Company. On film, she played the role of ‘Mrs. Wayne’ in the upcoming short film, The Gift and has done some voice dubbing work for a Hong Kong marketing company. In her free time she enjoys playing tennis, watersports, and mahjong. 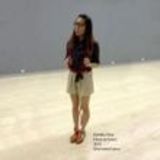