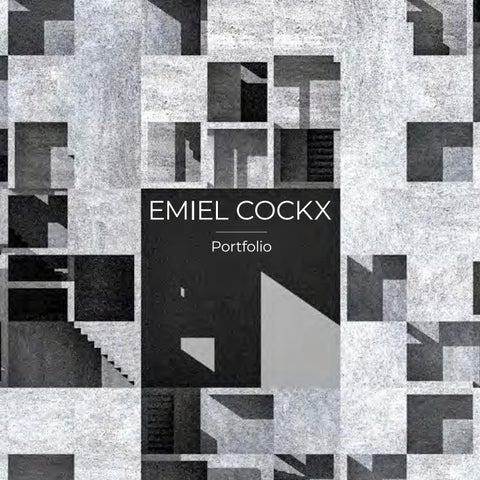 In the middle of the city, a school that breaths light, air and green and where one is never entirely sure if one is inside or outside. Starting from an analysis of the Van Eyck Orphanage in Amsterdam, this project was constructed using two different modules. Their placement on site defines what is solid, their absence defines two large courtyards, around which the classrooms are oriented. The two modules differ in the placement of walls and columns, as well as in the openings in the floor plates. These openings organize classrooms as small communities around shared exterior spaces and connect spaces over different floors. Wooden louvers and columns regulates the flow of space and guide the view by varying density. and expresses itsambiguous relation with interior and exterior space.

Section Perspective, weaving the outside and the classroom with an endless connecting of small courtyards

Perspective of one of both playgrounds

Starting from the language of material, this project conveys the contrast between mass and void, concrete and white steel, intimacy and flow. A sculpted concrete form holds the locus for dwelling, around and through which a ‘passage’ lurches like a virus, creating spaces for social interaction and connecting the urban fabric with the green of an open garden and a nearby park. The ‘Passage’ project connects living in an apartment in the city with the qualities of light, green and social interaction. Focusing on sustainability, the building nests itself in the urban fabric with a flexible attitude towards developments in the future. We collaborated on the project with Visual Arts student Sien Winters,, from which a dialogue came forth between architecture and interpretation. Her paintings became an inspiration for our visual representation.

CULTURAL CENTER THAT MEDIATES AROUND A PLANE OF WATER Personal Project

A reflective plane of water, two floating glass pavilions an auditorium tucked away underground. How present should architecture be in its environment? Located next to a river and in the heart of an old industrial site, where waterways were the main connections between different buildings. this project introduces a large plane with a thin layer of water. This layer reflects the surrounding buildings and gives them monumental status, especially the prominent water tower. When descending to the level beneath the surface, the visitor enters a foyer that connects a circular auditorium with a patio that has been cut out of the water plane. Two pavilions seem to float on top of the water. Consisting only of a light steel construction and large glass panels, it accommodates a cafĂŠ, a multi-functional hall and an exposition space. Looking from a distance, the architecture seems to disappear completely.

Site plan, a plane of water that disappears between river and channel.

Exterior perspective, the project almost completely disappearing in its surroundings

A cut in the plane of water reveals a hidden courtyard, sunken into the ground

Detail drawing of where the water plane meets the ground

Model, showing the contrast between heavy â&#x20AC;&#x2DC;undergroundâ&#x20AC;&#x2122; and light pavlions, separated by a thin layer of water

Model, showing the entrance to the pavilion that cuts through the reflective surface

An enormous auditorium building that has been empty for years, turned into an isolation chamber of urban scale. The roof and ground plane are removed, revealing a sea of steel trusses and concrete columns, whilest a forest of trees and small wooden pavilions are introduced in the new open space. The pavilions are built out of bamboo, some structural, some hanging like chimes. Wind flows from Lake Merritt through the building citywards, creating a soundscape all around you while the trees rustle and the pavilions sing there song. There is only music, nature and light.

Site model, made of redwood, bristol paper and 3D-printed PLA

Point of Reflection starts with an essential appreciation of the site. The stepped foundations of the main processing building become the backbone of the design. The only intervention exists in providing 8” rims that transform these concrete slabs into planes of water that seem to bring the sea inland. The program is then spread out over multiple pavilions that almost ‘float’ on the water. Where multiple levels meet, the roof of these pavilions becomes a mere extension of the water plane from a higher level.

Detailing the relationship between tectonics and water

SERIES OF INTERACTIVE ARCHITECTURAL INSTALLATIONS with a team of 16 students

Hugging Points is a series of architectural installations of which I was trusted the leading role. Through simple interactions between users and the installation, we created little hotspots of social interaction. A core idea was carried on through multiple projects over the whole country, being an assembly of multiple cubes of different heights that somehow interact with its users. A sensor notices different actions like somebody approaching a cube, when someone touches the surface, or when multiple people interact around the cube. This would in turn trigger an action like changing color or producing a sound of a particular pitch. This results in a lot of interesting scenes when people interact with the installations, asking strangers to make with them a literal soundscape or light show. The link below brings you to a video of the project: https://vimeo.com/231138248.

1:1 models for the project, now used as a co-working space in LUCA School of Arts

Final project at a music festival; the light changes depending on how people use the installation

Analyzing Aldo Van Eyck’s Orphanage in Amsterdam, we divided the characterizing plan up in square ‘modules’ and assigned each modular unit of the building one of 17 categories, based on the amount of columns and/or walls as plan. These are color coded and represented in the model of the original building (image). Data was then collected on the orientation and ‘neighbors’ of every unit. We wrote a computer program in Java that draws from that data to generate new architecture. By analyzing over 2,000 relationships, it figures out a formal logic that is encoded in the genes of Van Eyck’s building and uses that to generate new orphanages, at a rate of 287 orphanages per minute.

One of many designs generated by our computer program, recreating the Aldo Van Eyck Orphanage

Before the Storm was a series of two (very) temporary installations that explore the transience of time and nature, creating a brief moment of art right before destruction. Inspired by British artist Andy Goldsworthy, the first installation consisted of a bright red fabric of leaves, wrapped around a dead tree, using rose thorns to attach them to the bark. Almost bleeding, it stood there and waited. Waiting for the storm broke out that same evening and left no trace behind. Deep into the forest, one finds a tiny priest’s house that has almost entirely been taken over by nature and will soon collapse. Time has eaten it’s way through the roof and left behind a trail of dust and light. A simple structure of bamboo and willow filters the only incoming light. The shadows, constantly changing, generate rhythms that re-frame your experience of space and the way in which you look back ‘outside’.

This proposal of architectural form is solely generated by the duplication and orienting of one carefully designed module. Design a module in the form of a cube and it will have 6 sides to sit on, each with 4 possible orientations in the Cartesian grid, equaling 24 spatial possibilities. In the module, the stair mediates between the line (column, beam), which has a clear direction and the unidirectional plane (wall, roof, floor). The stair has an ambiguous relationship with orientation and has a generating role in this maze of spatial ambiguity and surprise.

ABOUT ME 22-year old architecture student from Belgium, studying his masters in UC Berkeley. Driven by an infinite amount of interests in architectural design, engineering and music. An idealistic leader and an enthusiastic team player. Full of energy and eager to change the world

Many opportunities have crossed my path and have shaped who I am today. With my cello, I have performed for thousands of people, I have led entire design team to make architectural installations and the badminton team I was part of played on an international level. I composed music for Swedish House Mafia, coded entire 3D CAD software, performed improv theater in another language and read a couple hundred books in the past four years. While soaring miles past my comfort zone, I continue to be struck by the extraordinary parallels that exist between multiple disciplines. With awe and fascination, I keep looking for such moments and give everything of myself to make them possible. It is for me a continuous guide in my search for how music can move anyone and how one can design buildings that do the same. 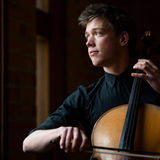