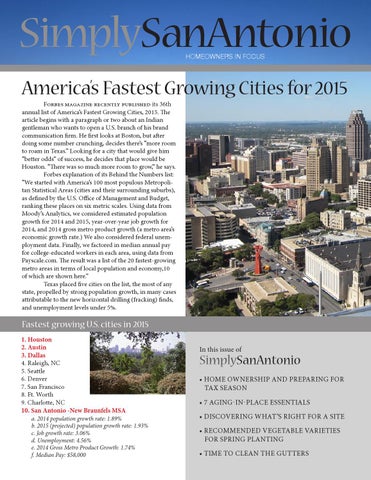 America’s Fastest Growing Cities for 2015 Forbes magazine recently published its 36th annual list of America’s Fastest Growing Cities, 2015. The article begins with a paragraph or two about an Indian gentleman who wants to open a U.S. branch of his brand communication firm. He first looks at Boston, but after doing some number crunching, decides there’s “more room to roam in Texas.” Looking for a city that would give him “better odds” of success, he decides that place would be Houston. “There was so much more room to grow,” he says. Forbes explanation of its Behind the Numbers list: “We started with America’s 100 most populous Metropolitan Statistical Areas (cities and their surrounding suburbs), as defined by the U.S. Office of Management and Budget, ranking these places on six metric scales. Using data from Moody’s Analytics, we considered estimated population growth for 2014 and 2015, year-over-year job growth for 2014, and 2014 gross metro product growth (a metro area’s economic growth rate.) We also considered federal unemployment data. Finally, we factored in median annual pay for college-educated workers in each area, using data from Payscale.com. The result was a list of the 20 fastest-growing metro areas in terms of local population and economy,10 of which are shown here.” Texas placed five cities on the list, the most of any state, propelled by strong population growth, in many cases attributable to the new horizontal drilling (fracking) finds, and unemployment levels under 5%.

In this issue of 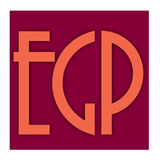 Focus on information and advice San Antonio homeowners can really use.

Focus on information and advice San Antonio homeowners can really use.