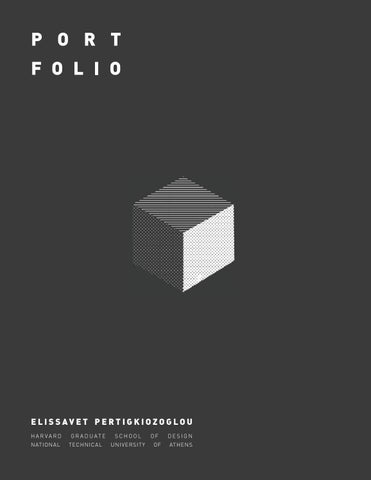 PrEfaCE i consider architectural design as a process leading to inventions. This term implies a process of development through experimentation that leads to novel creations. it involves research, design and making. All of these aspects inhere in each of the projects, however each time one of them is highlighted. Based on a given context, one wonders how another reality could be composed.Research and theory lead to speculations that depart from an existent reality, but, after all, address priorities, intentions and strategies. Design proposes a new reality that cannot be flawless, since it is not the absolute solution to any of real life controversies, but rather a dialogue with them. Making is the final completion of design. in this book, the stories of my architectural inventions unfold, partly by narration and partly by documentation and argumentative formulation.

CITY-CUB E MUSEUM museum for the city of Athens

IMPrInTS representations of the athenian polykatoikia

ConCEPT & InTErgraTIon STraTEgY The museum is conceived as an ‘ark’ that hosts precious exhibits, while narrating Athens’ histories, constructing its imaginary analog. conceived as the heterotopia of Athens, a virtual Athens, the museum’s main building is a cube- detached from the ground and floating above the layer of the city, like Foucault’s ship “closed in on itself and at the same time poised in the infinite ocean”. The main volume of the museum is placed on the edge of the building site in order to define the perimeter and perceptual unity of the urban block. This operation contributes to a gradual transition from the height of the adjacent two-story neoclassical building to the ten-story office across the street . Also, a large portion of site is left as open-air space, highlights the building’s public character.

Program Distribution The functions related to the museum, including the reception, the administration and the exhibitions are incorporated within the cube. Other complementary programmatic functions -such as library, auditorium, restaurant- are placed close to the cityâ&#x20AC;&#x2122;s ground or into it, in direct relation to the urban flows.

structure The bearing structure of the museum is from reinforced concrete. Special attention has been given to the earthquake resistant design of the framework, which requires a grid of walls vertical to each other. Both the faรงade and the ramp are suspended from the main structure, by a secondary metallic framework.

Spatial Articulation Within the cubic prism, each level is different: it rarely occupies the whole perimeter in order to create double height spaces that enable views. There are two types of vertical accesses: one expanded and slow through the ramp and a short one through the staircase and elevators.

The ramp | a promenade Walking slowly and heading to the exhibitions, one can look inwards, in the double-height space of the museum entrance, he can see others and be seen. At the same time, a view outwards, relates him to the city of Athens. The way up is a procession that prepares him for accessing the introverted exhibition spaces.

Main Exhibition | the end of the tour The significance of the last stop is emphasized by the double height. The light penetrates the space only from above.

U R B AN R E - COV E R REDESIGNING A PUBLIC SQUARE NTUA URBAN DESIGN STUDIO 8A | S 2013 COLLABORATOR: AXAOPOULOU A., POLYDORA I. CRITICS: BABALOU B., PAGONIS A.

This project call s the re-designing of a public square that currently fail s to act as a condenser of public life. The square is located in the historic center of Athens, exactly at the point where the neoclassical par t of the cit y meets the medieval with the narrow streets and arcades. The proposal choses to manifest the dif ferent spatial and historic layers of the cit y that currently coexist imperceptibly and to attribute to the t wo par ts of the cit y an urban space with distinct qualities.

SITE-InTErPrETETIon The square is lying in the coalescence of the old ottoman (medieval) urban grid and the new neoclassic one. it is related axially with the neoclassic trilogy â&#x20AC;&#x201C;three buildings with significant symbolic value for the Greek State. under the level of the existing square, a double-floor car parking coexist ironically with the trace of the ancient Themistoclean fortress wall. The concept of different spatial and historical layers of the city was employed to address the complexity of the site and consisted a point of departure for design.

The proposal’s aspiration is to intensify the city’s porous infrastructure with new - less univocal - facilities by integrating a flexible, lowcost housing program into medellin’s center. The implementation of residential use is translated in a system of ‘symbiotic parasites’, placed on top of existing buildings in a mutually beneficial relationship (existing vertical accesses, reinforcement of infrastructure).

no demolition is required! The main structure is erected and the service units are provided. here comes the crane

Stages - incremental Strategy The first stage of the process is a structural space-grid (depending on the ‘host’ features) and the location of vertical facilities -wet spaces-, around which are placed the apartments, in a user generated way, based -according to the needs- on a module of approximately 10 m2 . The possible ways of combining them forms an interval space between public and private sphere. This semi-private yards in each floor act as multipurpose spaces (recreation/production), organizing the dwelling into small neighborhoods, shared by average four apartments.Our aim is to establish the conditions that will allow diverse kinds of social life to flourish. The proposal in the given plot illustrates the above. ‘Parasites’ placed on the two ground-level markets and onto the office building define three hybriddwellings, characterized by tertiary use on ground and porosity at top floors.

Polykatoikia –the Athenian post-bellum apartment building- is revisited as an urban myth - a myth that largely indicates the practices of building and inhabiting space during the following decades. A multifold of factors linked to the way of production, the legal framework, the ‘promoted’ lifestyle, defined the modular unit that seems to have produced, through its repetition, post-War Athens. In order to better understand the banal, we go back to the first post-war decades a period that precedes and prepares for the extensive ‘cloning’ of apartment buildings the coming years, in a retroactive quest of the genetic grammar that enabled to this widespread bottom-up reproduction. Since Polykatoikia’s emergence as a multivalent ideal was boosted mainly through the media of the period, an architectural magazine named ‘Architectoniki’ - published during the decade 1957- 1967- and aimed also at a broader reading public- was selected as the main source of material. The various publications were employed as different narratives about our main issue of concern, that codify and reveal clues about the urban Model, its Rules and Norms, while consulting the occupants with its Home Guide and promoting commercial Messages.

Afterward The disassembly of the reality into consecutive and equivalent narratives constitutes the imaginary of Polykatoikia that is finally ‘consumed’ by readers of ‘Architektoniki’. Images from bourgeois apartments succeed advices on how to furnish your modern home or how the post-war urbane subject should entertain him/herself. Through the systematic investigation of the archive material and the personal reconstruction of its narratives, this dissertation explores how cultural patterns reflect on organization and hierarchy patterns, space syntax and typology abide by written and unsaid rules and norms. The issue of whether magazine’s narratives illustrate the real dimensions of postwar Athenian inhabitation is of little importance for this dissertation. After all, they demonstrate a potential reality and the development of a common language between architects and users enables the engagement of both in design and construction process. A mythology around the urban housing model of Polykatoikia.

In SCL34S studio, our team undertook the design and construction of a new community center for the town of Pumanque in Chile, which was devastated by the February 2010 earthquake. The project features an envelope, articulated as a timber screen-wall and incorporating two multi-purpose rooms , and an auxiliary membrane structure . The membrane canopy, suspended above the wall structure, casts shadow to the roof terrace and the courtyard and it is pertinent to the warm, dry Mediterranean climate of the region. The construction took four intensive weeks.

forM-fInDIng ThE MEMBranES design questions concerned the number and sizes of membranes, their precise location and geometry and the articulation and dimension of the primary structure were addressed in a manner that recognises their interrelation the further design and structural elaboration.

Stresses can be split into pure compression and tension forces. force vector analysis

computational associative modelling in Grasshopper / rhino was employed in order to facilitate the integration of design criteria, structural analysis, and resulting shading pattern, as well as providing the geometry for producing the membranes.

MaKIng ThE MEMBranES in order to prepare the membranes, the textile had to be cut into strips in such a manner that, when sewn together, it would result in the double curvature of the membrane with minimal distortion. The number of strip pieces was defined by the criterion of economy of material. The generated surfaces were patterned on the basis of geodesic lines, which minimize the cloth usage and the angles between textile weaving and surfacesâ&#x20AC;&#x2122; principle stresses.

When the profile of a gothic column gradually turns into the foundation of its vault, it produces a coherent geometric transformation of its structural skeleton. Base on this observation, this research proposes a re-interpretation of ceramic construction by using 3d printing technique. The project concentrates on exploring the role of additive manufacturing and the possibility of clay as individual component in catenary system. It was developed in two parallel directions, which composed an interactive workflow: First the design development of an experimental structure and second the practice on the printing technique.

phOTOS FrOm The FABricATiOn prOceSS

Auxetic materials consist of the repetition of single geometric units. When compressed/stretched along a particular axis, they expand /contract in directions orthogonal to the applied load and create open and closed systems. The project explores the application of such structures in architectural applications, such as a transformable acoustic panel, which adapts to different acoustic requirements of multipurpose spaces.

After multiple experiments with such formations, a planar square grid, which transforms in three dimensions is proposed (2.5d). The extraordinary property of this system is that it transforms in a way that the boundary of the overall geometry remains constant, something not in common for auxetic structures.

prototype of the final product

in 3d modelling, spheres are impossible to unroll in without Circular Field topological distortion. consequently, the fabrication of spheres is a challenging and imprecise task. roll is a computational program that exploits the “sphere problem” by leveraging the impossible physics of modelling environments to create a novel method for the discretization of spherical surfaces: instead of unrolling the surface, roll wraps it up.

mAppinG OF veTOr FieLS On Sphere

The unique topographies created through roll simulations are then input to a robotic fabrication software, which was hacked to optimize tool path trajectories. The robotic arm deposits thread on to an inflated fabric sphere to create globe-like artifacts that embrace the struggle of describing complex geometries through computation and fabrication.

An infinitely extensible and adaptable vertical circulation system derives from a set of interlocking circles. This project explores the formation of complex geometries based on the manipulation of simple curves as paths that define topological relationships. The logic of curve skeletons is applied to the set of interlocking circles. The outcome is a medial surface that represents the ascent. 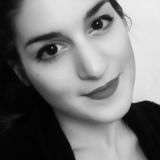