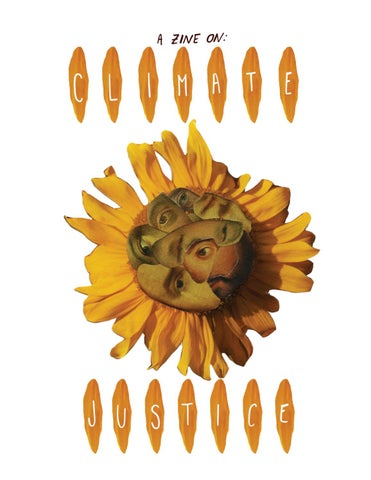 Climate Justice acknowledges that climate change is a social justice issue; the causes and effects of climate change impact marginalized communities disproportionately. It centers communities on the â&#x20AC;&#x153;frontlinesâ&#x20AC;? of climate disaster while resisting exploitative institutions, systems, and power structures that perpetuate inequity amidst the climate crisis. We cannot address climate change without understanding that the causes of climate change and its detrimental impacts are a product of the same systems of oppression and power structures that are at the heart of other social inequities and societal oppressions. Climate justice is also the belief that climate solutions will come from the grassroots level, that is, they are directly based on the needs and leadership of most impacted communities.

Climate Change disproportionately impacts systemically oppressed peoples. The effects of climate change include rising sea levels, pollution, increasing aridity, changes in ecosystems, increasing natural disastors, etc...Island and coastal communities are the first being impacted by rising sea levels. For Impoverished nations, especially those that rely on pastoral and agricultural lifeways, climate change is already creating problems of food insecurity. Often, the peoples most directly impacted by climate change (whether entire nations, or smaller communities within larger nations) contribute the least to the sources of climate change.

Indigenous Lands are destroyed for the sake of resource development and economic gain. The legacy of Colonialism informs the oppression of Indigenous Peoples and the exploitation of Indigenous lands through the energy industry. Ex) “In 2015, nearly “30% of America’s coal west of the Mississippi and up to 50% of its uranium [lay] within Native American tribal lands. Tribal lands [held] 20% of America’s non-renewable resources and could potentially supply 10% of domestic fossil fuel needs” (Dudley).

Climate Change does not adhere to borders, and neither does Climate Justice. Migrant Justice and Refugee Justice are Climate Justice issues. As climate chaos increases, so do natural disasters. Regions of the world are becoming more and more inhabitable. Hurricanes are flooding coastlines and wildfires burning forests. The movement of peoples, now more than ever, may be determined by the changing climate. Ex) â&#x20AC;&#x153;Hurricane Maria led to an estimated 4,645 deaths and left hundreds of thousands more in Puerto Rico without power or access to necessary health services, forcing over 179,000 to leave the island for the mainland USâ&#x20AC;? (Yoshimoto). Meanwhile, in 2018 The Trump Administration is admitting the lowest number of refugees into the United states in three decades. 6

Industrial Agriculture is a major contributor to climate change because of factory emissions, deforestation, and monocropping to name a few. The industrial food system, in dominating global markets, has put small scale farmers out of business both economically, and in contributing to climate chaos that changes growing conditions. Communities worldwide, have become dependent on the industrial food system. This leads to food insecurity in rural and urban places, the inaccessibility of healthy foods, and the loss of traditional food systems.

In a world of corporate-industrial dominance and climate chaos, access to ecologically and culturally appropriate housing is limited. After natural disasters, people are not only displaced by the elements, but by gentrification. Ex) After hurricane Katrina: “Following Hurricane Katrina, many public housing authorities gained access to funding that would enable existing low-income projects to be converted into mixed-income developments.” “In practice, the conversion permanently displaces low-income tenants unable to locate private market landlords willing to accept housing vouchers” (Morse). 10

Tar Sands Tar Sand and Oil Strip Mining in Eastern Utah White Mesa Uranium Mill The only operating conventional Uranium Mill in the United States, the White Mesa Mill is only three miles from the Ute Mountain Ute Tribeâ&#x20AC;&#x2122;s White Mesa community. Uranium here is hauled across the Colorado Plateau, originating at the Canyon Mine near the Grand Canyon. Hauling happens across tribal nations and communities. Visit haulno. org to learn more. San Juan County Redistricting Voting Districts were redrawn in Conservative-dominated Southeastern Utah to â&#x20AC;&#x153;reverse political domination of whites over American Indiansâ&#x20AC;? (Tanner). There is still great voter accessibility in that region for voters on the Navajo Nation.

“In Salt Lake City, there is a visible divide between east and west side communities just by infrastructure alone. On the east side, a predominantly white population, there are newly constructed schools, adequately preserved buildings, organic grocery stores and clean parks. As you move to the communities west of I-15, which are predominantly communities of color, there is a lack of access to fresh food and produce, exposure to noise pollution and poor air quality due to nearby refineries” (“Environmental”). West Side Environmental Project “The goal of the West Side EJ Project was to identify and minimize environmental concerns and public health issues in the Rose Park neighborhood of West Salt Lake” Stericycle A commercial and medical waste in- cinerator in North Salt Lake may move to the more rural area in Tooele County

There are many topics relevant to Climate Justice, so many that there are entire courses on this subject. We did not even begin to cover everything in this â&#x20AC;&#x2DC;zine. We encourage you to take what you learned here, learn more, and get involved. Be a part of creating a more just and liveable future! Here are some steps to take and resources: Learn more about Climate Justice movements and teach your peers https://www.mrfcj.org/principles-of-climate-justice/ https://globaljusticeecology.org/climate-justice/ https://climatejusticealliance.org/just-transition/ https://haasinstitute.berkeley.edu/immigration-justice-climate-justice Acknowledge your privilege Acknowledge that we live on occupied Indigenous Lands https://native-land.ca is a resource to acknowledge the land that youâ&#x20AC;&#x2122;re on 13

Sunflowers are the national symbol for the Climate Justice Movement. They are hyperaccumulators which means they have the ability to absorb high concentrations of toxins in their tissues; they can suck up cesium from soil contaminated by nuclear waste, healing the land. They symbolize resilience and justice. They are the beauty and the hope that continue to shine in chaos. 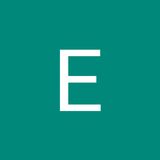