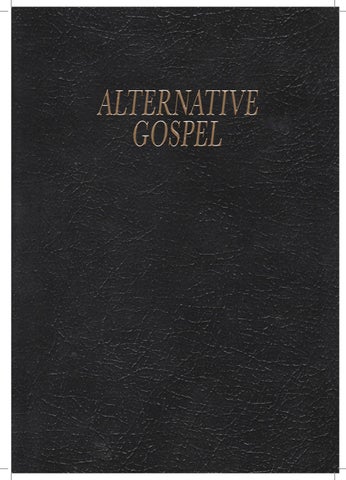 Amongst a sea of RE books with painted covers of white bearded men in my christian primary school, laid my colourful tiger hybrid with sandals, even at a young age thinking about the possibilities of what god could be, studying the different forms of god through history. this RE book painting is where the idea for this zine derived, connecting the networks of beliefs between peoples own interpretations

eligion to me is a difficult one... In some cases i believe there is a higher power or a God but i think i’m more of a believer in karma and the butterfly effect as well as learning from our own mistakes. I believe that i’m everyone there is the power to make change and that’s something people look for in a God but i don’t hunk they need to... because it’s already inside them.

The story of Medusa has always interested me as i feel like it’s more of a realistic tale and there are so many different versions. like a lot of people in this day and age Medusa was self obsessed and cared about it more than other people, and from this she got taught her lesson- this is where i get my belief of Karma from. Medusa’s changed form because of her actions teaches a lot about life and teaches I was Christened when i was you lessons to care more for younger... i didn’t really have a others than just yourself. And choice back then, & this isn’t me although she got cursed i believe knocking anyone who believes she is an inspiration, as she in religion i just don’t think it’s symbolises the cycle of life... necessarily for me. rebirth and death- which are the basis of other religions. I do however as i said above believe that things happen for a I know a lot of people don’t reason which leads me on to my understand this belief but i feel belief in Hellenism. Hellenism like history whether or be myth is a religion which comprises or not teaches us more about various religious movements how we should be within this that revive/ reconstruct ancient modern world. Greek religious practises. It mainly focuses on the 12 Whether you agree or not... this olympians. However within this is my belief and my religion, Greek Mythology religion is and i stick by what is truth.

think religion is more based around practice and rituals, and so i have belief but I am not religious. I think the highest power (god?) is the sense of an energy that embodies a feeling of meaning and exists within everything. It is something so complex beyond our understanding, but still something we encounter constantly. I feel like even if I reject the common human interpretation of god, I still believe in something that offers a sense of purpose and energy, something celestial yet earthly.

ow did God create the world when we have the Big Bang?

For someone who believes and studies science, it would be hard to ignore the overwhelming evidence available which suggests that the Big Bang is how the world started. However, despite having technology, such as the Hubble telescope, measuring the continuing expansion of the universe we have to answer the question of how all of this process was started? For me God is the only answer. The initial catalyst to everything that happened was God. So even though he may not have created the world in seven days he still played his hand in where we have ended up today. The bible reading in John chapter 1 verse 3 â&#x20AC;&#x2DC;All things were made by him; and without him was not anything made that was madeâ&#x20AC;&#x2122; shows how creation was not mindless matter but that it had been carefully sculpted by God.

Some people actually think I believe that. Like, all I try to do is live my fucking life, can you just get off my back for a second please? Maybe I’m having trouble communicating with you, maye you’re just plain dumb and I don’t try to entertain myself with your conversation because I don’t get anything from it. If that makes you feel as though I am narcissistic or arrogant, then sorry, but I’d rather not waste my time. It’s just so frustrating having so many people tell you what you think of yourself without even having a real voice of your own I guess. Religion is all about peace yet it’s undoubtedly the largest cause of war and death in history. Religion

teaches us of our core values yet in the same way teaches us of who not to become, and then when people do they are ‘evil’ or ‘the devil’. No. Those people are just thinking about how they can better their own lives, even if that involves committing crimes against humanity. The reality is that they aren’t being guided by anyone than their own intentions and when people see this they try to use religion as a security blanket purely because they disagree with the ideals in question. So do I believe in religion, absolutely not. Don’t try to cuddle that security blanket. That’s how all this shit started in the first place.

donâ&#x20AC;&#x2122;t think god looks like anything, He is a spirit. Religion is just something people rely on as a way of life.