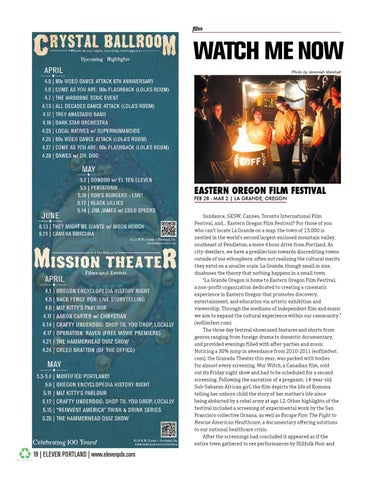 Sundance, SXSW, Cannes, Toronto International Film Festival, and... Eastern Oregon Film Festival? For those of you who can’t locate La Grande on a map, the town of 13,000 is nestled in the world’s second largest enclosed mountain valley, southeast of Pendleton; a mere 4 hour drive from Portland. As city-dwellers, we have a predilection towards discrediting towns outside of our ethosphere, often not realizing the cultural merits they extol on a smaller scale. La Grande, though small in size, disabuses the theory that nothing happens in a small town. “La Grande Oregon is home to Eastern Oregon Film Festival, a non-profit organization dedicated to creating a cinematic experience in Eastern Oregon that promotes discovery, entertainment, and education via artistic exhibition and viewership. Through the mediums of independent film and music we aim to expand the cultural experience within our community.” (eofilmfest.com) The three day festival showcased features and shorts from genres ranging from foreign drama to domestic documentary, and provided evenings filled with after-parties and music. Noticing a 30% jump in attendance from 2010-2011 (eofilmfest. com), the Granada Theater this year, was packed with bodies for almost every screening. War Witch, a Canadian film, sold out its Friday night show and had to be scheduled for a second screening. Following the narration of a pregnant, 14-year-old Sub-Saharan African girl, the film depicts the life of Komona telling her unborn child the story of her mother’s life since being abducted by a rebel army at age 12. Other highlights of the festival included a screening of experimental work by the San Francisco collective Ornana, as well as Escape Fire: The Fight to Rescue American Healthcare, a documentary offering solutions to our national healthcare crisis. After the screenings had concluded it appeared as if the entire town gathered to see performances by Hillfolk Noir and 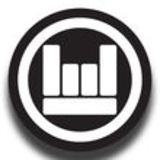