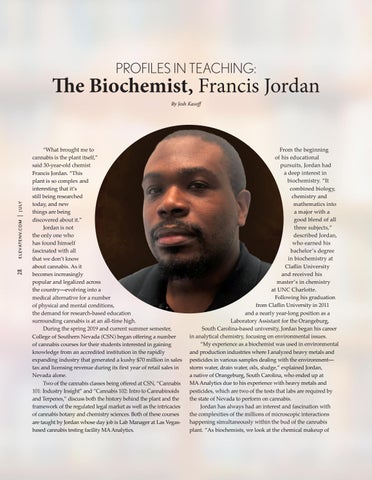 “What brought me to cannabis is the plant itself,” said 30-year-old chemist Francis Jordan. “This plant is so complex and interesting that it’s still being researched today, and new things are being discovered about it.” Jordan is not the only one who has found himself fascinated with all that we don’t know about cannabis. As it becomes increasingly popular and legalized across the country—evolving into a medical alternative for a number of physical and mental conditions, the demand for research-based education surrounding cannabis is at an all-time high. During the spring 2019 and current summer semester, College of Southern Nevada (CSN) began offering a number of cannabis courses for their students interested in gaining knowledge from an accredited institution in the rapidly expanding industry that generated a kushy $70 million in sales tax and licensing revenue during its first year of retail sales in Nevada alone. Two of the cannabis classes being offered at CSN, “Cannabis 101: Industry Insight” and “Cannabis 102: Intro to Cannabinoids and Terpenes,” discuss both the history behind the plant and the framework of the regulated legal market as well as the intricacies of cannabis botany and chemistry sciences. Both of these courses are taught by Jordan whose day job is Lab Manager at Las Vegasbased cannabis testing facility MA Analytics.

From the beginning of his educational pursuits, Jordan had a deep interest in biochemistry. “It combined biology, chemistry and mathematics into a major with a good blend of all three subjects,” described Jordan, who earned his bachelor’s degree in biochemistry at Claflin University and received his master’s in chemistry at UNC Charlotte. Following his graduation from Claflin University in 2011 and a nearly year-long position as a Laboratory Assistant for the Orangeburg, South Carolina-based university, Jordan began his career in analytical chemistry, focusing on environmental issues. “My experience as a biochemist was used in environmental and production industries where I analyzed heavy metals and pesticides in various samples dealing with the environment— storm water, drain water, oils, sludge,” explained Jordan, a native of Orangeburg, South Carolina, who ended up at MA Analytics due to his experience with heavy metals and pesticides, which are two of the tests that labs are required by the state of Nevada to perform on cannabis. Jordan has always had an interest and fascination with the complexities of the millions of microscopic interactions happening simultaneously within the bud of the cannabis plant. “As biochemists, we look at the chemical makeup of 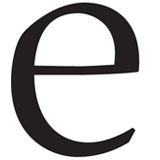