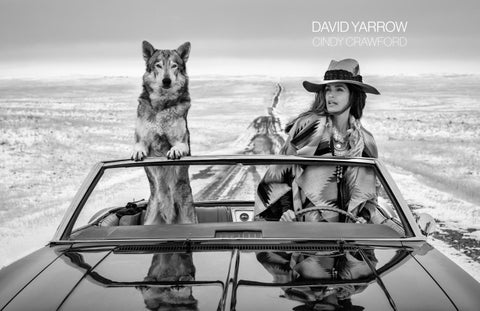 here are no universal rules in photography— only personal ones. My central premise is that if photography was a language, then focus would be the most important word in that lexicon. Focus deliberately includes or it deliberately excludes, and it should be emphatically clear what the photographer is trying to say.” – David Yarrow David Yarrow was born in Glasgow, Scotland in 1966. He took up photography at an early age and as a 20-yearold found himself working as a photographer for The London Times on the pitch at the World Cup Final in Mexico City. On that day, David took the famous picture of Diego Maradona holding the World Cup and, as a result, was subsequently asked to cover the Olympics and numerous other sporting events. Many years later David established himself as a fine art photographer by documenting the natural world from new perspectives and the last nine years have been career defining. David’s evocative and immersive photography of life on earth is most distinctive and has earned him an ever growing following amongst art collectors. His large monochrome images made in Los Angeles are on display in leading galleries and museums across Europe and North America. He is now recognized as one of the best selling fine art photographers in the world and his limited edition works regularly sell at high prices at Sotheby’s and other auction houses.

THE UNUSUAL SUSPECTS Virginia City, Montana - 2019 “Of course, we have worked in this room many times before and I know my light, my angles and the minimal depth of focus. We called last year’s photograph of the mountain men at the bar The Usual Suspects as that is exactly what they were. Some of those men rarely leave the warmth of The Pioneer Bar in Virginia City throughout winter - in fact they hibernate there. It proved such a popular image and has sold out across the world - in some cases raising huge sums for charity. So, when we went back this year, we thought it would be fun to have an additional crew member - Cindy Crawford. The word juxtaposition is over used in narrative, but I think we can get away with it here. The old boys may drink a bit and smoke a bit of weed, but they were on their very best behaviour that day - which is essentially still medieval. An international icon joining their party was not something they bargained for and at least one cowboy convinced himself it was the weed. We had to call the image The Unusual Suspects as a nod to her presence. The composition, which I could control, had to be spot on, but there is no way that I could control the wolf. It is a low percentage game this and we only came away with one shot - but we got it. Cindy looks fantastically glamorous and a little “bad ass” in her role, but, as always, it is the mountain men that take away the Oscars. Roxanna Redfoot did a grand job too.” As with all three of the selected images from the shoot with Cindy Crawford - proceeds from the sales of the limited edition support charities for children with cancer.”

ENOUGH IS ENOUGH Montana, USA - 2020 “Sometimes a simple narrative can work better than one with many different layers. There is nothing I would change in this photograph. It just works so well. Cindy, who was styled with reference to Julie Christie in Dr Zhivago, looks sensational and the symmetry of the abandoned decaying building is almost too good to be true. Meanwhile, the snowfall is just right; heavy enough to be impactful, without it being a full on blizzard which would have impaired the aesthetic detail. There was enough light that cold morning in North East Montana to allow for a generous depth of field. The cowboy, who looks like he is losing his glamorous wife for good, hails from Indiana and I have used him as an extra in the past. He wears his weathered Jeff Bridges look with comfort and his positioning against the window was well conceived. Storming out of the house is a marital storyline that many will be more familiar with than would readily care to admit. However, this rift, like the house, looks irreparable. I love this image, as indeed does Cindy. I can see it adorning the walls of many a mountain lodge in the years to come. What a stroke of luck to discover that building and we will keep its location secret. Even if someone finds it, I think they may well struggle to assemble the other component parts.” 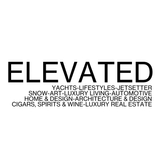