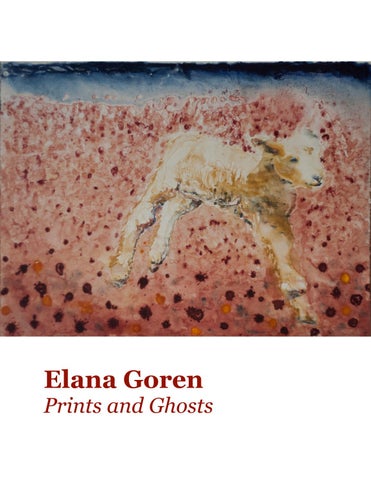 Back to the Earth

Ghost of the Past

Elana Goren is a printmaker, teacher, illustrator and graphic designer who has taught graphic design at SUNY New Paltz as well as painting and printmaking at the Westchester Center for the Arts. She has taught monotype and etching with other printmaking methods at the Garrison Art Center and has given etching presentations at the School of Visual Arts. She has also worked as an art director for major companies and institutions including the Denver Art Museum and Scholastic, Inc. Elana holds a BFA in Graphic Design from the School of Visual Arts and an MFA in Printmaking from SUNY New Paltz. Elana’s work has been seen in both domestic and international galleries and museums. She is on the board of directors for the New York Society of Etchers and her work is represented in public and private collections including the permanent collection of the National Museum for Animals &amp; Society. She has received professional awards and her work has been published in various publications. Currently, Elana is a featured artist in Volume 1, Edition 4 of Carrier Pigeon Magazine.

The goal is to provide an opening for the viewer, a provocation to think more deeply about a topic which is most often trivialized. The work provides a visual narrative for each sentient subject and compels the viewer to look beyond the obvious and delve into the reality of each subject’s situation. The intent is to depict the unique being instead of the stereotyped version of what has commonly been promoted so that the innate character of the individual is visually tangible and what’s visible is more than what is apparent at first glance. Inspiration comes from many sources, philosophical, artistic, and most importantly, the animal subjects themselves. Philosophers such as Jeremy Bentham and Peter Singer questioned the accepted status quo that humans should have unfettered license to torture, abuse and destroy non-human lives as they see fit. The message and the story of the darker side to human nature is represented brilliantly by Francisco de Goya, whose etchings have inspired me since I was a teenager. But, I am mostly motivated by the misery of the animals I see all around us; from the calf desperately licking the air through the grates of an overcrowded cattle truck that’s speeding down the highway on a hot day to the video of a screaming monkey as probes are being drilled into its head. These horrors, these injustices must be commented on and dealt with if we are to evolve and improve our society, move away from barbarism towards a civilized coexistence with fellow animals. With my awareness of the conditions in which non-humans exist in the human world, I am determined to shed light on what is happening through the visual language of my artwork.

a catalogue to accompany the exhibition of Elana Goren's recent mixed media monotypes on view at TheoGanz Studio in Beacon from March 10 - April 8, 2018. 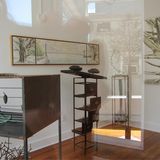