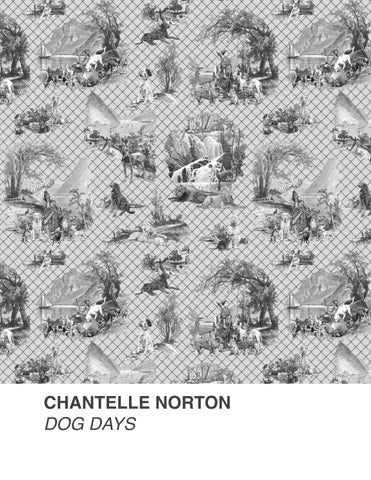 Dog Days “I’m totally happy when I’m walking with a dog because dogs make me really, really happy because you can just be yourself with a dog and a dog is always him or herself with me…and when I was a child, my great teacher was a dog. A dog who taught me we’re just part of the animal kingdom and that we’re not the only beings with personalities and minds capable of reasoning and certainly not the only beings with emotions like happiness, sadness, fear, despair. Nor are we the only beings capable of giving and receiving love.” - Jane Goodall from “Cloaked Truth - A Message to Humanity” video Having never had a dog growing up, I learned from a dog more recently. Dogs have an indefinable sense of humanity in an animal form. They seem to epitomize what is most lauded but can also represent that which is most fearsome or deplorable. And, the dog links one to home by insisting on rituals of daily walks, sniffing out the smells of local terrain and beasts, their sleeping arrangements and their feedings. There is a long history of this considering the dog is commonly credited as being the first animal to be domesticated 15,000 years ago or so. This adaptation has resulted in humans breedings dogs for particular attributes resulting in a remarkable array of body styles and temperaments from the Pekingese to the hairless Xoloitzcuintli to one of the tallest dogs, the Irish Wolfhound. My recent work explores this interwoven relationship between dog and human through paintings, drawings and patternmaking. With the paw paintings I seek to capture the tenderness and intimacy we allow our dogs to share with us and are glimpses into the fabric of a home. My dog drawings depict the diversity of breeds and their soulfulness, from purebreds to street dogs. It is a curious thing that they all share DNA with wolves. As the names of the dog breeds above indicate, the dog is relevant and important across continents, and has been throughout history, and is featured in countless origin of the Earth stories and mythologies. With my wallpaper pattern I depict stories of Artemis (goddess of the hunt, animals, wilderness and childbirth) and her inextricable link to dogs. Her dogs were companions and fierce protectors, capturing those qualities that are at once endearing and fearful. Chantelle Norton

About the Artist Chantelle Norton was born in Dublin, Ireland and spent her childhood split between the United States and Ireland. She studied fine art at a variety of colleges, including The Rhode Island School of Design, National College of Art and Design, Dublin, and The School of the Art Institute of Chicago. She also has a degree in Fashion Design from Parsons The New School for Design and has worked in the fashion industry focusing on textile, print and surface design. She currently resides in the town of Kent, New York with her partner, pet chickens and a cat. She hopes a dog will join their home soon and, maybe one day, a few goats. chantellenorton.com

a catalogue to accompany Chantelle Norton's exhibition, Dog Days, recent work at TheoGanz Studio in Beacon, New York. The show will run from...

a catalogue to accompany Chantelle Norton's exhibition, Dog Days, recent work at TheoGanz Studio in Beacon, New York. The show will run from...