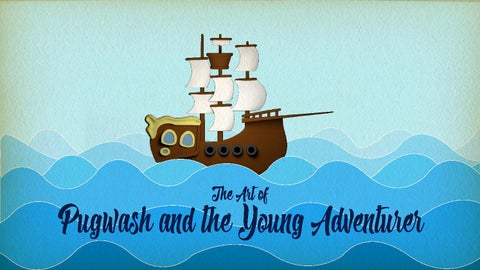 “Twenty years from now you will be more disappointed by the things that you didn’t do than by the ones you did do. So throw off the bowlines. Sail away from the safe harbor. Catch the trade winds in your sails. Explore. Dream. Discover.” - Mark Twain

These were some of the initial drawings that I did for different characters within the film. These were based on studying the existing works based around Pugwash, some of John Ryanâ&#x20AC;&#x2122;s other works and the experiences of attending the John Ryan exhibition that took place at Kings College. Breaking down how the characters were constructed was a bit of a challenge for me, as it is a style that I am not used to working in, however learning to adopt someone elseâ&#x20AC;&#x2122;s style is very interesting and definitely an artistic challenge.

The style that I wanted to use for the designs for the final film began to develop and become apparent. This was the rounded square head, the rounded hair and the slightly sloped in eyes. The pugwash style also seems to have the characters having no real neck as such. The bodies seem to largely immediately connect onto the main body of the characters. This is completely logical when considering that the characters were origionally 2D animated using hidden paper tabs. This meant that the heads had to be able to rotate on the body to create the head movements. The characters also have slightly scary eyes without them moving. This is a characteristic of the origional source animation, and I hope that this will be negated in the final film by using blink loops.

The wave sequence begins with the ship floating calmly on the sea. Then a loud chuckle is heard and it fills the sails of the boat with wind, pushing it along. Clouds gather and the sky begins to look stormy. The waves grow in size. A pop is heard and a champagne cork flies across the screen.

As the waves grow, and the skies get more stormy, volouvants and other snacks begin to wash past the pirate ship. They are promptly followed by a mouse as the waves continue to get larger and the storm grows.

Leaping prawn cocktail shrimp. The concept is that this will be one of the things that shows up in the storm as the waves get larger. The prawns will leap through the water in the same way that dolphins or seals might. These will look as though they have just come out of a prawn cocktail dish at a party or event.

The hands holding the cigars will be the last part of the storm, effectively becoming giant obstacles that the boat will need to avoid, causing the boat to take off and fly, acting as the transition into the next section of the film. After this section, the wings will fold out on the sides of the boat and it will fly out of the sea and fly over the colouring district or area.

This is the current orthograph for the chair for Nelly. Although this would look amazing modelled, I am thinking that this may need simplification as it only appears in the film behind Nelly for a matter of seconds, and therefore the time to put into this may well be out weighed by the lack of time it is in the final film for.

This is the two views for modelling the body of Nelly which will be a 3D model. Once again, she only appears in the film for a very short amount of time, however she is important as the â&#x20AC;&#x2DC;real worldâ&#x20AC;&#x2122; version of the character. She will only be seen from the waist up as she is sat at a desk. Therefore she will probably only be modelled from the waist up and the same for rigging.

These different rendering passes show the ways that the shading, lighting and construction affect the final render of the ship.

The ship was complicated to construct. It is hollow as the characters will move around on top of the ship. It is therefore similar to a tin sign. I am happy with the boat at the moment in terms of the construction, however it still needs texturing to make sure that the wood has the colour and texture that it should do. The sails also need a canvas texture adding to them.

These are the initial drawn turn arounds for Ellie. Since she is going to be a 2D character, the views will each be constructed as individual planes, which will be layered up in the front view. This means I have to entirely construct each view rather than solving the differences in Maya in 3D space afterwards. The dress that Ellie has ended up wearing in her final design is one I was gifted by my grandfather. He used to play a sea captain himself, so it felt appropriate that there is an element of him in this film somehow.

These are the Maya constructed versions of each view of Ellie. As you can see in the top right corner, the models made this way do not work at all in perspective view, or any view other than a static front camera. This means that the models and everything that Ellie and Pugwash will interact with need only work in the front camera. This is why the pirate ship is hollow, as the back and sides of all the 3D models will not be seen at all. The Nelly (or real world) section of the film will still need to be full 3D models. 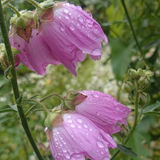 Art of Pugwash and the Young Adventurer | WIP

Art of Pugwash and the Young Adventurer | WIP