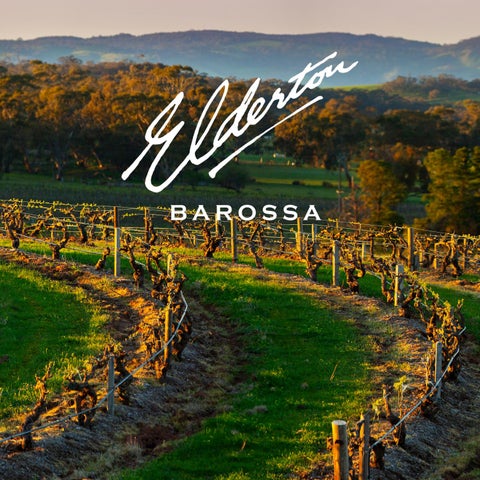 Three generations of the Ashmead family, 2017

OF ELDERTON Excellence from distinguished sites in the Barossa

Elderton was the name given to a vineyard that was first

planted on the banks of the North Para River in Nuriootpa

Elderton’s estate vineyards are enjoyed globally for their richness,

vibrancy and uniqueness. They are celebrated for being

was purchased by Samuel Elderton Tolley who built himself a

traditional examples of the best of the Barossa.

sprawling homestead on the Estate and sold the fruit to his family’s winery. It was run successfully for many years, but

The second generation took the reins of the business in 2003.

became derelict in the early years of the vine pull (circa 1975).

Brothers Cameron and Allister believe very strongly in continuing the traditions that began a generation earlier, on the Nuriootpa

“If you buy the house, I will give you the surrounding 72 acres of

vineyard. Wanting to take the family company to the next

old vines for nothing”. This was the proposal offered to Lorraine

level, they together devised a plan to buy great vineyards in

and Neil Ashmead in 1979. The rambling old homestead looked

other significant sub appellations of the Barossa. Through using

ideal for a growing family and the Ashmead’s worked tirelessly

sustainable practices, the hope is that the next generation of

to salvage and restore a phenomenal treasure of a vineyard.

the Ashmead family have a lot to work with when they are at the helm. In 2007 a great little vineyard in the Eden Valley was

In 1982 the first wine was made under the Elderton Label.

Tough times prevailed, but ultimately the vision of the

vineyard on the northeast corner of Greenock. The intention

founders shone through and Elderton is today celebrated

of making wines from these exceptional vineyard sites is to

as a major reason for the rejuvenation of the Barossa. In 1993

celebrate the differing terroirs of the Barossa and showcase the

Elderton shot to national prominence after winning the Jimmy

absolute best that the Barossa has to offer.

KEY PEOPLE CAMERON ASHMEAD, Co-Managing Director Cameron, along with his brother Allister, is responsible for managing Elderton’s business. He spends much of his time on the road spreading the Elderton vision of excellence from distinguished sites in the Barossa. Cameron was inducted into the Barons of Barossa in 2017. Family is very important to Cameron (wife Jules and three sons) and in his spare time he likes to bike, play tennis and snowboard.

JULIE ASHMEAD, Head of Production – Winemaking & Viticulture Jules took the newly created position of Head of Production, overseeing both viticulture and winemaking at Elderton in July 2019, along with raising the boys in the third generation of the Ashmead family. She was inducted into the Barons of Barossa in 2017. Jules is also the fifth generation winemaker at Campbells of Rutherglen and has worked vintages around the world.

ALLISTER ASHMEAD, Co-Managing Director Allister is responsible for the dual roles of marketing and production. He came back into the family business in early 2000, after university, working vintages abroad and working in the wholesale wine trade. Allister was inducted into the Barons of the Barossa in 2009. Allister is passionate about his family (wife Rebecca and three daughters), the Barossa Valley, travel, cooking and most codes of football.

REBECCA ASHMEAD, Production and Export Manager Rebecca grew up in the Barossa, studied a wine marketing Diploma and commenced at Elderton in 1999 after stints at Orlando and Penfolds. Rebecca has an amazing eye for detail and is our Production and Export Manager, whilst also bringing up the girls in the third generation of the Ashmeads. Bec is a keen runner and tennis enthusiast but is also quite fond of having a glass of wine in hand among friends, family and loved ones.

BROCK HARRISON, Winemaker Brock joined the Elderton team in August 2019. His philosophy on wine is simple, “you are only as good as your next wine”, which drives him to always strive for continuous improvement in everything we do. Outside of work, Brock enjoys spending time with his family, playing basketball and escaping to the beach for some quality downtime.

PETER WILD, Vineyard Manager Peter joined the team at Elderton in 2010 after what many would consider a lifetime in many of the other great vineyards of the Barossa. Tasked with the rejuvenation of some of the oldest vineyards in the world, Peter has a special affinity with the Barossa, knowing the soils and weather conditions of each area and thus has a real understanding of what it takes to grow amazing fruit at each of our vineyards. Peter enjoys mountain biking and is an avid kite surfer.

VISIT Our Cellar Door, opened in September 2017, is truly a showpiece that matches the excellence of the wines that bear the Elderton and Ashmead family name. The original homestead that the first generation, Neil and Lorraine, fell in love with has now been converted to be the new full-time home for Elderton Wines. Cellar Door is nestled in our Nuriootpa vineyard, so guests drive through the 1894 Command vineyard to find themselves at the homestead (built in 1918) that has been restored to its timeless and elegant best. Guests will be able to meander through the homestead, taking in the history. We welcome you to taste, drink and enjoy our wines from a number of amazing public and private tasting rooms. In warmer months, the gardens, pool and tennis court will be a massive drawcard. And in winter, the inviting fireplaces will ensure that the reds of Elderton taste even better! Wine and food lovers can enjoy a standup tasting at the bar with our phenomenal staff; private, hosted tastings in the Founders’ room or Commander Lounge; guide yourselves through our wine and chocolate masterclass; be tempted by the local and seasonal produce plates; or enjoy a specially curated tour behind the scenes with Cameron or Allister Ashmead, including a tasting in the Wellington ‘Duke’ Rice Cellar, showing the almost 40-year winemaking history of the Ashmead family. Garden lovers will be impressed with the stunning grounds; art lovers will adore the works from acclaimed local artists. People who adore architecture and history will be amazed by the gentleman’s bungalow and original interior art deco features. It is undeniable that the importance of place and history in the production of world class wine should also be seen in the home of that producer. That is why the Ashmead family is so proud of our ‘new’ home, and we are excited to showcase it to our friends, supporters, distributors and importers from all over the world, and anyone else who wants to experience warm hospitality here in the Barossa. Our Cellar Door is a must visit on any Barossa itinerary. AWARDS 2019 Great Wine Capitals ‘Best of Wine Tourism Award’ South Australian Winner - Wine Tourism Services

ESTATE We are very proud custodians of the original Elderton Estate, located in Nuriootpa, where most of Eldertonâ&#x20AC;&#x2122;s icon wines are produced. In recent years we have been able to acquire other significant sites around the Barossa to further showcase the diverse regionality that exists within the appellation. Our winemaking team works very closely with our viticulturalist, throughout the year, to produce quality fruit with a focus on long term sustainable production, low yields, low irrigation and minimal inputs.

VINEYARDS GREENOCK The Elderton Greenock vineyard was originally planted by the Helbig family in 1915 and was purchased by the Ashmead family after vintage 2010. It sits in its own little valley on the northeast corner of the hamlet of Greenock, also bordering on the Moppa sub appellation of the Barossa. Location: Just outside Greenock, Western Barossa Elevation: 330m - 350m Soil:

Free draining and rich in ironstone, changing through to very sandy loam at lower points

VINEYARDS CRANEFORD The Eden Valley vineyard lies just south of the small township of Craneford. It was planted by the Obst family in 1990 and purchased by the Ashmead family in 2007. Like other Eden Valley locations, the soil and climate varies quite considerably from that of the Barossa Valley floor. It is generally wetter and cooler and the soils tend to be skeletal and minerally. Aspect also varies significantly, with rolling hills and valleys providing much site variation. Location: Deep in the Eden Valley ranges Elevation: 390m - 425m Soil:

One of Australia’s modern classics...

2018 Barossa Winemaker of the Year

The founding Ashmead family continues to impress with its wines... Elegance and balance are the keys to these wines. James Halliday

A delightful tasting of rich and powerful, yet well-integrated, balanced wines. The Elderton jewels of Command and Ashmead deserve their rightful place among the Barossa - indeed, Australian - icons of red wine! Winestate

ELITE COMMAND SHIRAZ The Command Shiraz has established an enviable reputation since the first vintage in 1984. It is truly one of Australia’s best and most highly regarded icon wines and remains Elderton’s flagship wine. The Command grapes are from a single vineyard, planted in 1894, on the Elderton Estate. The vines are grown in a Mediterranean climate, with cropping levels at two to three tonnes per hectare. The Command is truly an expression of place, and one of which the family intends to preserve for generations to come.

ASHMEAD CABERNET SAUVIGNON The Ashmead block has consistently produced small parcels of excellent quality fruit. This unparalleled wine is a superior example of Barossa (and Australian) Cabernet Sauvignon. The Elderton Estate is not unfamiliar with producing premium Cabernet, having won more than eight trophies for the varietal, including the 1993 Jimmy Watson Trophy. The block was planted circa 1944 and produces minimal amounts due to eutypa dieback existing in the old vines.

HELBIG 1915 SHIRAZ The 2013 vintage heralded a new chapter in the elite winemaking of Elderton, with the inaugural release of Fifteen Shiraz, now named Helbig 1915 Shiraz. This wine, produced in minute quantities, from a single block of Shiraz vines planted in 1915 on our Greenock vineyard, is destined to be extraordinarily delicious and a collector’s dream. Hand picked, with extended maturation on skins in large French oak barrels and every detail taken care of, this wine will only be offered to the most loyal of Elderton supporters.

NEIL ASHMEAD GRAND TOURER SHIRAZ Produced in honour of Elderton co-founder, the late Neil Ashmead, the Grand Tourer Shiraz is a wine to challenge people’s expectations and misgivings of Barossa Shiraz. The grapes are sourced from the best parcles of Shiraz on the Estate vineyards, handcrafted to depict artisanal winemaking at its finest. The wine is exuberant, lively and full of character.

ODE TO LORRAINE A Cabernet/Shiraz/Merlot blend was added to our portfolio from the 1992 vintage. It was a belief that through blending only the best parcels of fruit from the vineyard, a truly wondrous and complete wine could be made that showed the highlights of the three grape varieties. The decision was made from the 2002 vintage onwards for it to be renamed (from CSM) in honour of the co founder of Elderton, Lorraine Ashmead. The Ode to Lorraine shows generosity, formality and elegance. 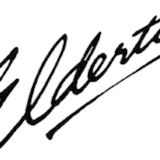