THE ELBPHILHARMONIE. MORE THAN JUST A CONCERT HALL The Elbphilharmonie Hamburg is positioned between the industrial harbour and the city centre and is regarded worldwide as Hamburg’s landmark. The spectacular, 110-metrehigh glass facade rises up like a wave of glass, and literally seems to hover above the rugged brick base of the historic quayside warehouse. The concert hall was designed by Swiss architects Herzog & de Meuron and is located in the flow of the River Elbe at the western point of the HafenCity Hamburg, opposite the Landungsbrücken piers and in close proximity to the Speicherstadt, Kontorhausviertel and Chilehaus UNESCO World Heritage Site. With 2,100 seats, the Grand Hall is the true centrepiece of the Elbphilharmonie. The seats rise in a steep incline to encircle the stage for an entirely new music experience, rooted in acoustic perfection and an unprecedented closeness between artists and concertgoers. An organ with 4,765 pipes also forms part of the Grand Hall. In addition, the complex contains the multifunctional Recital Hall with 550 seats and the interactive »World of Instruments«, housed in the Kaistudios; and there is a hotel with 244 rooms, a multistorey car park, residential apartments, restaurants and cafes.

Since its official opening on 11 January 2017, the Elbphilharmonie has come to be an absolute crowd-puller. Every year, some 4 million people visit the Plaza, the public viewing area between the building’s brick base and the glass superstructure. The Plaza offers a superb panoramic view of the harbour and the city, and entry is free of charge. It is also home to the Elbphilharmonie Shop and to the Smart Table, where visitors can explore the Elbphilharmonie interactively. A good 675 concerts per season – most of them sold out – lure some 900,000 enthusiastic music lovers to the Elbphilharmonie. More than 80,000 visitors a year take part in the official guided tours, which include the foyer areas and the two concert halls.

LIMITLESS GOOD MUSIC Good music: the Elbphilharmonie’s music programme in a nutshell. Whether it is classical music, jazz, world music, family concerts or something between the genre labels – there really is something for everyone here. The Elbphilharmonie sees itself as a »concert hall for everyone«. Thus the musical programme is structured to be varied and inviting, offering captivating concert experiences to connoisseurs and newcomers alike. Classical symphony concerts in the Grand Hall represent the supreme discipline. The majority are performed by the resident orchestra, the NDR Elbphilharmonie Orchestra, and by the Hamburg Philharmonic State Orchestra, which also plays at the Hamburg State Opera. In addition, the world’s best orchestras, conductors and soloists make regular guest appearances here. A more intimate, but no less intense experience is offered in the Recital Hall, which is predestined for chamber music, piano and song recitals. The Recital Hall is also the venue for the separate concert series put on by Ensemble Resonanz as resident ensemble.

Yet the Elbphilharmonie’s programme stretches far beyond the confines of classical music. In both halls and in the smaller Kaistudio, audiences are treated to jazz and world music by the biggest names in the scene, as well as cutting-edge, intelligent pop, folk, crossover and experimental formats. To make the world of music accessible to people of all ages, the Elbphilharmonie also offers concerts for children, school pupils and families that are tailored to a variety of ages.

Spotlights and themed festivals provide special points of interest in the music programme. They focus the creative potential of the different ensembles and promoters to attract an enthusiastic public far beyond the confines of Hamburg. Among these events are the one-month-long »Hamburg International Music Festival«, which represents a special annual highlight in the season, or the biennial »Lux aeterna« festival with its programme of spiritual music. Extended weekends are often dedicated to a particular motto or theme, be it the music of a certain region or culture, a historic or contemporary composer, or individual artists who curate concerts within the framework of »Elbphilharmonie Reflektor«, for example. Tickets and further information are available at www.elbphilharmonie.com, where you can filter all concerts for which tickets are still available under the menu button »What’s On«.

MUSIC EXPERIENCE FOR OLD AND YOUNG ALIKE Listening to music is good – making music is better. That is why the Elbphilharmonie places the emphasis on interactive formats in its extensive music education programme. At the centre of this programme is the »World of Instruments« located in the brick base of the Elbphilharmonie. Here, people are offered the chance to try out over 500 different musical instruments themselves, from violins and trombones to percussion instruments. The focus at all times is on the pleasure of making music in a group; no previous knowledge is necessary. More than 600 workshops are attended by some 15,000 participants every year; two-thirds are school pupils, however the music education programme is designed to interest not only children, but people of all ages. Naturally, the Elbphilharmonie also offers its own carefully designed concerts for families with children. The so-called »Twinkle Concerts« are graduated to appeal to different age groups, starting with the »Elfi Baby Concerts«. Together with the school concerts generally held in the morning, well over 30,000 young concertgoers are reached every season. And with the »Elfi Baby Concerts«, the »Sound Mobile«, concerts for sufferers of dementia and their relatives as well as other supplementary formats, the Elbphilharmonie is also present in the various districts of Hamburg. The Elbphilharmonie has even set up ensembles of its own. Keen amateur musicians meet every week in the Audience, Family and Creative Orchestras as well as in the Gamelan Ensemble with its gongs and metallophones. In the »Chor zur Welt«, Hamburg natives sing side by side with immigrants: they regularly present their enthusiastically rehearsed programmes to the public.

An overview of all these projects and events can be found at www.elbphilharmonie.com under the menu button »Experience«.

ELBPHILHARMONIE ONLINE As a 21st-century concert hall, the Elbphilharmonie sets standards online as well. More and more concerts are being broadcast via live stream, and are available afterwards online for a long period of time. This way, music lovers all over the world can enjoy even sold-out concerts from the comfort of their home. In addition, the Elbphilharmonie Blog offers all manner of facts from music history, backstage stories, artist interviews and the latest news from the concert hall. The Elbphilharmonie’s social media channels also provide up-to-date information about goings-on: there are snapshots of the artists on Instagram, YouTube playlists capture the atmosphere of festivals, Spotify supplies the matching soundtrack in advance, and on Facebook and Twitter the community does not miss anything that is happening at the Elbphilharmonie. One particular eye-catcher on the Plaza is the Smart Table. With its interactive screens, the Elbphilharmonie and its surroundings can be explored in 3D; there are numerous animations and plenty of background information – and you can even play the organ on it! The blog and streams as well as other offers can be found at www.elbphilharmonie.com under the menu button »Discover«. The newsletter keeps subscribers up to date with pre-sale dates, concert announcements, background information and much more – register now at www.elbphilharmonie.de/en/newsletter.

1  MAIN ENTRANCE 2 Kaispeicher  The former warehouse is the foundation that the Elbphilharmonie is built upon. 3  ELBPHILHARMONIE TICKET SHOP 4 Tube  The 82-metre-long escalator leads visitors to a large panoramic window. 5 Plaza  Located at a height of 37 metres above ground level, the viewing platform is accessible to the public. 6  ELBPHILHARMONIE SHOP 7  GRAND HALL  The heart of the Elbphilharmonie offers seating for 2,100 concertgoers. 8 ORGAN  The large concert organ perfectly complements the architecture of the Grand Hall. 9  Greve Foyer  Located in the concert hall foyer on the 13th floor, the sizeable central bar serves food as well as drinks. 10  RECITAL HALL  This versatle hall has space for up to 550 guests. 11 Kaistudios  This is where the »World of Instruments« workshops and other participatory activities as well as experimental concerts take place. 12  »THE WESTIN HAMBURG« HOTEL 13  RESIDENTIAL APARTMENTS  14  »STÖRTEBEKER« RESTAURANT 15  MULTISTOREY CAR PARK

GROUND LEVEL 1 Main Entrance Central access for all visitors. Visitors can pass through the turnstiles using either a concert or Plaza ticket.

i Info Point / 2 Plaza Ticket Machine Tickets for a spontaneous visit to the Plaza can be purchased here.

3 Elbphilharmonie Ticket Shop Concert tickets can be bought and reserved tickets collected here. Open daily from 11:00 to 20:00. The box office opens 90 minutes before the start of events.

6 Hotel Entrance Visitor Toilets Wheelchair accessible. Other toilets can be reached using stairs or one of the B lifts. WC

PLAZA LEVEL 7 »Störtebeker« Restaurant The restaurant on the 5th floor and the beer-tasting area on the 6th floor can be reached using the Tube. 8 Elbphilharmonie Shop Elbphilharmonie souvenirs, CDs and books. 9 »Deck & Deli« Bistro 10 Smart Table Immerse yourself in the Elbphilharmonie and its music programme virtually. 11 Access to Outer Plaza

A Plaza Lifts Lead visitors from the ground floor directly to the Plaza on the 8th floor.

4 Tube Escalator leading to the Plaza and the »Störtebeker« Restaurant.

P Multistorey Car Park From the car park, visitors take one of the B lifts to the ground floor and then the Tube escalator or the Plaza A lifts up to access the Plaza on the 8th floor.

C Concert Lifts Connect the Plaza with the foyer levels of the Grand Hall and the Recital Hall.

THE HISTORIC LAEISZHALLE All the enthusiasm for the Elbphilharmonie notwithstanding – Hamburg has another excellent concert hall that is always worth a visit: the venerable Laeiszhalle on JohannesBrahms-Platz. Since it was opened in 1908 as the biggest and most modern concert hall of its time, it has played a leading role in North Germany’s cultural life. The Laeiszhalle, formerly known as the »Musikhalle«, attracts over 400,000 visitors a year. The wonderful neo-baroque Grand Hall has seen appearances by legendary artists such as Richard Strauss und Maria Callas, and even rock band AC/DC once hooked up their massive amplifiers here. Until the opening of the Elbphilharmonie, the Laeiszhalle was home to all Hamburg’s orchestras. Now the Symphoniker Hamburg is largely responsible for the programme as resident orchestra, supplemented by events in all manner of genres and styles, and by the city’s lively amateur music scene.

The Laeiszhalle has roughly the same capacity as the Elbphilharmonie: the Grand Hall has space for some 2,000 guests, while the Recital Hall can accommodate a good 600. There is also a third hall, Studio E (capacity 150), which can be used flexibly. The name goes back to the shipowning family Laeisz, which donated the money to build the hall. After the war, the British Forces Network used the rooms as a temporary radio broadcasting centre. Today, the Laeiszhalle and the Elbphilharmonie are managed by the same company. With two such outstanding and yet different concert halls, Hamburg is excellently prepared for a great musical future.

HAMBURG – A CITY OF MUSIC Hamburg residents not only love their city, they love music as well. Names like Georg Philipp Telemann, Carl Philipp Emanuel Bach and Johannes Brahms, as well as the Beatles, Udo Lindenberg and Jan Delay, are inseparably connected with the history of music in Hamburg. Today, the city has an exceptionally varied music scene, confirming Hamburg’s reputation as a music centre. With ensembles like the NDR Elbphilharmonie Orchestra, the Hamburg Philharmonic State Orchestra and Ensemble Resonanz, Hamburg boasts several high-quality ensembles that enjoy a fine reputation far beyond the city limits. The Hamburg State Opera stands in equally good repute as a home for contemporary music theatre, and is also the stamping ground of choreographer John Neumeier’s world-famous Hamburg Ballet. Numerous festivals in genres from pop to jazz are likewise popular with music fans from all over the world. The Reeperbahn Festival, MS Dockville, Überjazz and Elbjazz enjoy a positive response every year, and bring many world stars to the River Elbe. 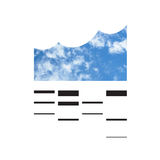 A detailed brochure and a handy flyer provide information on the Elbphilharmonie building, its unique architectural characteristics, the mus...

A detailed brochure and a handy flyer provide information on the Elbphilharmonie building, its unique architectural characteristics, the mus...