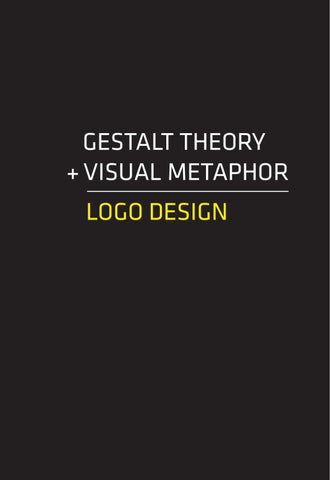 Gestalt Theory The whole is greater than the sum of its parts Gestalt psychologists believe that the organization of patterns is an inherent property of humans; knowledge of these organizing phenomena elucidate the way the brain functions. Because perceptual organization is so common to the human observer, we tend to think of the process as being simple and unintersesting. The way the brain naturally organizes visual stimuli, however, is fundamental to our understanding of design. The Gestalt principles of visual perception describe our automatic and involuntary grouping and ultimate recognition of a set of visual stimuli. We visually group items that are similiar in size, shape, color, and orientation (Fig. 01: Law of Similarity) and items that are close to one another (Fig. 02: Law of Proximity). We see simple lines and curves intersecting rather than more complex sets of separate lines and curves (Fig. 03: Law of Continuation), and we intuitively close or “create” familiar shapes (Fig. 04: Law of Closure). Finally, we tend to separate our visual field into foreground and background elements—a relationship whose ambiguity can be exploited (Fig. 05: Law of Figure-Ground). As the graphic on the title page demonstrates (reproduced, Fig. 06), interaction among individual parts contributes to a greater, richer whole.

Visual Metaphor One graphic, multiple readings A visual metaphor is a single graphic that encapsulates multiple meanings and conflates ideas. The metaphor’s combination of separate elements creates compelling visual and mental shifts—these interacting ideas work to inform and strengthen each other. At its most successful, the visual metaphor asks the viewer to “look again”. A common approach to formulating a visual metaphor is to identify two or more key traits behind an idea and to select and combine forms that represent these traits. These traits can be physical (like the shared shapes of a pencil and a skyscraper), conceptual (a balloon representing celebration), or literary (the use of words and letters, as in Fig. 07).

Logo Design Combining formal and cognitive wit By understanding and utilizing the Gestalt principles of perception to compose visual metaphors, designers have the opportunity to infuse their work with graphic wit that resonates with their audience on both formal and cognitive levels. The success of the graphic joke in the logo above relies in large part upon Gestalt principles. To see how knowledge of these principles is used in designing logos, weâ&#x20AC;&#x2122;ll take a closer look at the five principles themselves and how they apply to formal design thinking.

Law of Similarity We group items that are similar in appearance by color, shape, size, and orientation.

What groups by SIMILARITY ?

Law of Similarity in logo design There’s just enough similarity between the teeth of the comb and the shapes of the letterforms for all to group visually and create a visual metaphor in this logo for Mr and Mrs Hair (Fig. 09). One of the strengths of this solution lies in the relative difficulty in spotting the word “HAIR”; successfully identifying the embedded word encourages a sense of accomplishment on the viewer’s part. Testing the principle If, however, we take out the thin negative space above the letterforms, the letters seem to disappear. The grouping tendency becomes so strong that we can’t differentiate the letters (Fig. 10). The opposite approach—heighting the difference between the letters and the teeth of the comb—is also unsuccessful (Fig. 11). The letters do not visually group with the comb, and the illusion is destroyed.

Finding the balance between similitude and contrast

What groups by PROXIMITY ?

Law of Proximity in logo design The proximity in Fig. 12 among the leaves allows us to group them together into the shape of a crown. Seeing the crown “in the leaves” is a matter of sensing basic shapes, passing them along to a receptive brain, and combining the impression with our vast knowledge of the world from which inferences are fashioned.

Testing the principle If we move the leaves further apart, we can perceive

the leaves far more quickly than the crown (Fig. 13), and the metaphor literally breaks apart. If, however, we move the leaves too close together (Fig. 14), the crown is still evident, but the leaves “disappear.”

Testing the threshold where grouping breaks down and coherence is lost

Objects that flow “naturally” in one direction are likely to be seen as belonging together. Our eyes seem to go with the flow; we see things in motion as keeping on course rather than making angular changes midcourse. As a result in Fig. 15, we easily perceive the forms of the fork and knife sitting on top of a dinner plate—or passing through the large circle to create a “Q”. Testing the principle The less clear the direction of the parts, or the more complex the angles of their interaction, the less effective the implied continuation is (Fig. 16).

Law of Continuation: The designerâ&#x20AC;&#x2122;s challenge

Law of Closure When we see what we perceive as incomplete forms, our minds fill in the missing information.

What forms require CLOSURE ? What information do we infer?

Law of Closure in logo design We are familiar with the shape of the “L” and expect it in the letter sequence in Fig. 17—we fill in the missing “L” information, but simultaneously perceive the white circle. This is perhaps the most effective use of the Law of Closure: allowing the viewer to perceive not one familiar form, but two as the result of graphic suggestion. Testing the principle

If too much detail is subtracted, it becomes difficult to identify the familiar form and what information is missing (Fig. 18). When not enough of the “L” is subtracted, the illusion of the circle’s negative shape is unconvincing (Fig. 19).

There is fluctuation between perceiving the figure as a form and the ground as a form.

Law of Figure-Ground in logo design The “E” and the “x” forms have been perfectly modified and kerned to create an arrow in the white space between in Fig. 20. The visual language of the arrow and the physical space it occupies directly echoes that of the letterforms; the result is an ambiguously engaging figure-ground relationship. Testing the principle If the letters were unmodified and set normally, the arrow disappears (Fig. 21); the figure is a formal presence, but the ground is not. If either the figure or ground takes on too much of a presence, however, (as the ground does in Fig. 22) the play between the two is strained.

Creating forms from both positive and negative space

Conclusion Bringing it all together

In graphic design, there are many ways to capture the audience’s attention. The audience can be arrested by bold imagery, a startling use of color or elegant photography. But for how long? The best way to win time for the message is to offer something that intrigues. Then the recipient is seduced into making a commitment—someone who is intrigued will stay with the item until curiosity is satisfied. The audience becomes captive. When the two ideas are finally connected in a moment of salience, an insight is born. The best logos present this visual puzzle that, once solved, results in a smile from the viewer and an indelible memory.

Make them smile; make them remember

All others by author.

Designed by Laura Javier in the fall of 2010 for â&#x20AC;&#x2DC;Vision and The Brainâ&#x20AC;&#x2122; in the Communication Design program at Washington University in St. Louis. Typefaces used include the Leitura Sans family and Klavika. Printed on the infamous Steinberg IKON CPP 500. 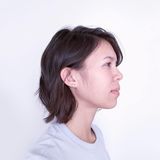 The whole is greater than the sum of its parts

The whole is greater than the sum of its parts