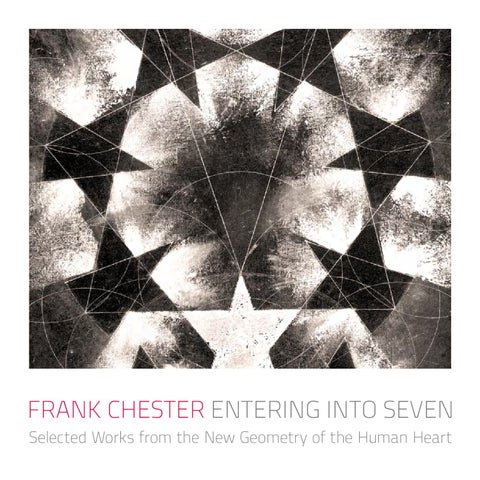 Five gold leaf prints depict the metamorphosis of light following the axis geometry found in the human heart. The moving lemniscate integrates a circle of seven and a circle of five, resulting in the creation of a new star. Five-Part Print Series 24k Gold Dust and Gold Leaf, Ink, Pastel on Japanese Paper, 2002

The Flame of Warmth Polished Bronze, 2002

Geometric Art meets Science and the Invisible becomes Visible Born in Hollywood, California in 1939, Frank Chester is an artist, sculptor and geo­ metrician who currently lives in San Francisco. Since studying sculpture at Cranbrook Academy of Art in Bloomfield Hills, Michigan, Frank taught art and architectural drawing for more than thirty years in high schools and coll­eges across the country. After encountering the work of Rudolf Steiner in 1999, Frank began to research the relationship between form and spirit. In 2000 he discovered a new seven-sided geometric form. Transforming it through an alchemical process has resulted in the discovery of previously unknown geometric structures. Frank’s work continues to uncover relationships between rarely seen formative forces, the physiology of the human heart, and the objective world of form underlying the natural world around us. frankchester.com

The Mission of Seven Circle Trust is to advance cultural applications of the art and geometry developed by Frank Chester for the benefit of All sevencircletrust.org 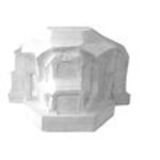