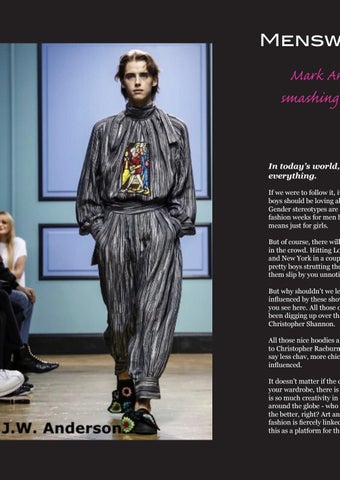 In today’s world, everything.

If we were to follow it, it boys should be loving al Gender stereotypes are fashion weeks for men h means just for girls.

But of course, there will in the crowd. Hitting Lo and New York in a coup pretty boys strutting the them slip by you unnoti

But why shouldn’t we le influenced by these show you see here. All those o been digging up over the Christopher Shannon.

It doesn’t matter if the c your wardrobe, there is is so much creativity in around the globe - who the better, right? Art an fashion is fiercely linked this as a platform for the