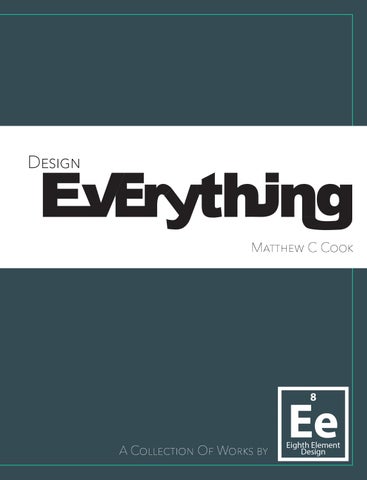 A Collection Of Works by

Matt Cook is a fourth year at Iowa State where he studies Graphic Design and minors in Advertising. Photography and cinematography are his preferred avenues of design, although he enjoys drawing, painting, wood working, and basically every other form of creation. Matt is a percussionist and a skateboarder and loves exploring new ways to apply his love of art to these interests and vis-versa. He even got to design a skateboard for Crucial Skate Company, a skateboard deck maker based out of Ohio. Not only was Matt able to design a deck for a skate company, but he has also made or helped make numerous videos for different skate crews across Iowa and Illinois. Favorite Quotes: “It’s better to fail at something worthwhile, [than] to succeed at something meaningless.” —Tommy Wallach “A person takes a photo, but a photographer makes a photo.” — Mat Greiner “Anything is a toy if you play with it.” —Andy Dwyer

For this project I was asked to choose a common text abbreviation (LOL) and after researching the development of an Ampersand from “et” to “&,” we were tasked with making our own 27th Letter.

Icon & Wordmark Tasked with a finding a phrase (smith grind), and in its simplest form, an object associated with that word (a skate deck). I iterated 10 or so words and objects before honing in on smith.

Jim’s Cook House This logo was created for “Jim Cook” to turn into a wooden piece hung in the kitchen. I focused heavily on the typography; hand drawing each shadow and highlight and making sure it matched.

Given the phrase “End of the World,” I made 300 assigned sketches, then drew a hundred more. Afterwards, I pieced together my ideas and came up with the brand “Dark Cloud Brewing Company.”

For my first attempt at freehand painting in Adobe Photoshop, I took a picture of Grunge legend Kurt Cobain and just went crazy on the digital canvas. I had tons of fun experimenting with custom brushes and different settings.

Drawing inspiration from a couple of friends; I thought back to a conversation regarding a suitcase full of bananas, and a beautiful spring day I spent with a flower behind my ear, I designed the following with Crucial Skate Co.

After working with Crucial Skate Co, I learned that their slogan is â&#x20AC;&#x153;Crucial State of Mind.â&#x20AC;? I thought of drawing the phrase Skate of Mind and began to make a sketch. I played with cross hatching and studied value in the facial form.

As a writer and an artist, word play has often inspired my sketches. Inspired by the classic idea that cops are pigs, I began my goofy sketches. This was my first attempt of this style and the beginning of my shadow and light studies.

Novozymes’ BioEducate initiative aims to educate at least 1 Million people by the year 2020. I was asked to make a logo that would “spice up” the campaign and add a little intrigue to Twitter posts.

My boss wanted a few posts to promote the BioEducate campaign they were running and asked me to design some layouts. I came up with 20 for them to choose from and then added the pictures they gave me.

Presidentâ&#x20AC;&#x2122;s Cup Email This is an example of taking the content I was given and laying it out into a readable and interesting format. Although primarily text, I did my best to make it easy to find the key parts without having to read the whole email.

BioRevolution Logo I was asked to create a logo for a Biological Revolution. I came up with: Uniting business, community and government together to solve global challenges with biology. And then created this logo.

The BioRevolution is coming, and I helped start it. Tasked with designing a business card that would encourage people to visit a website and sign up. I created the following card and website to inspire a biological revolution.

As the world leader in bioinnovation, sustainability is an integral part of Novozymes’ business. We enable our customers to optimize their use of raw materials and energy, thereby reducing the environmental impact of their operations. Novozymes envisions a future where biotech solutions create a sustainable balance between successful businesses, a cleaner environment, and better lives. Novozymes has maintained a presence in the United States since 1979 and in Canada since 2007. The U.S. represents the largest market for Novozymes across more than 30 industries. With its North American headquarters located in Franklinton, North Carolina, the company beneﬁts from being part of one of the largest biotechnology centers in the country commonly known as ‘The Research Triangle Park.’ Novozymes invests 14 percent of its global revenue in research and development annually, with two of its largest research and development facilities located in Davis, CA and Franklinton, NC. With more than 1,200 employees across the U.S. and Canada, Novozymes North America’s leading industries include biofuels, detergent, food, feed and bioagriculture. The company operates the country’s largest multi-purpose enzyme manufacturing facility in North Carolina, and the second largest enzyme facility dedicated to the biofuels industry in Nebraska. . .

I was asked to redo one-pagers often given to politicians in DC or shown at conventions. The pages are looked at very quickly so I aimed to minimize writing so the info could be easily absorbed in minutes by non-scientists.

Their Design Our Commitment to Sustainability At Novozymes, sustainability is an integral part of who we are and how we conduct our business. We envision a future where biotechnical solutions create a sustainable balance between successful businesses, a cleaner environment, and better lives. Our bio-based solutions have the potential to help solve some of the world’s most pressing challenges, especially in the reduction of CO2 emissions and overcoming global resource scarcity. Our commitment to achieving these goals is evident in our integrated annual report, in which we establish ambitious targets for our financial, social and environmental performance. As a result of these efforts, Novozymes has been ranked #1 in our sector of the Dow Jones Sustainability Index eight times.

Sustainable solutions through bioinnovation Sustainable Solutions for a Changing World Novozymes’ main business is the development of enzymes for industrial processes. Enzymes are proteins found throughout nature, in plants, animals and humans. Because of their catalytic function, small quantities of enzymes can more efficiently and effectively use resources, reduce use of chemicals and energy, and produce more end-product from less raw materials. Estimates show that our customers save an average of 100 kilograms of CO2 emissions for each kilogram of enzymes they use in their manufacturing process. Some of the ways in which our enzyme applications are improving lives and sustainability around the world include: • Detergents – Our enzymes are used in laundry and dishwash

advanced biofuels can reduce CO2 emissions by as much as 90

percent, while simultaneously reducing our dependence on

alternatives to the chemicals and additives commonly used in

levels of potential pollutants that might be released to the

the food and beverage industry, and can enhance the production

cellulose in various feedstocks into simple sugars, which can in turn be fermented into biofuels. Our technologies enable non-food energy crops, such as switchgrass, or agricultural waste products, such as corn cobs, to be converted into commercially-viable advanced biofuels. Compared to gasoline, Novozymes is the world leader in bio-innovations and creates tomorrow’s bio-solutions by applying technology to nature, making sense to both our customers’ bottom line and the planet.

I was asked by the president of Novozymes NA to make adjustments to his presentation for a $2.5 Million investment. The biggest change was making the gear diagram on the left into the one seen below.

Μέριλυν Στεφάνου Marilyn was born to a Greek Cypriot father, and an American mother in Nicosia, Cyprus, where she grew up. It is often hard for her to explain what her ethnicity is because Cyprus is split in half: Greek Cypriot and Turkish Cypriot. Marilyn has dual citizenship even though it wasn’t until she moved to Iowa in 2015 that she actually lived in the US. Marilyn didn’t endure racism while in Cyprus, however she always felt like the odd one out because she was not fully Cypriot. In the U.S. when

she tells people where she is from, and explains the location, she often feels judged because it is close to the middle east and many people assume she is Muslim. Since she grew up in Cyprus and most of her family is there she is proud of her background. Marilyn is very proud because her dad has shown her much of the culture and made it a lot easier for her to feel accepted and like she belonged.

Merwick Dâ&#x20AC;&#x2122;Souza Merwick was born in Doha, Qatar to two Indian parents. While in Qatar he rarely interacted with Qatari people because they make up only the upperclass. There is a population of about 3 million people in Qatar but only 350,000 are citizens. He has been on a visa his whole life as his parents were searching for work. While in Qatar he experienced some prejudice but it was mostly due to cultural barriers. He moved to the U.S. in 2014 to pursue

a degree in architecture. Merwick has encountered feelings of exclusion or very blunt responses and passive aggressive behavior. Qatar was a very safe place to grow up. There are no taxes and a very low crime rate in the country. He grew up in a very tight-knit community. Since coming to the US his identity has become more about his Indian descent as he has no plans to move back to Qatar.

Rafael Jiménez Rafael was born in Guadalajara, Mexico to two Mexican parents. He lived in Mexico until he moved to Iowa at the age of 14. Rafael does not have as dark of a complexion as most Mexicans, so he has not experienced racism directed at him. Because he does not look Hispanic, people will sometimes make stereotypical comments around him unknowingly.

His accent is also a little different than most Hispanic accents and so people will ask him if he’s really from Mexico, or if he is European. Before college Rafael worked at a grocery store where other employees would make rude comments in Spanish about other employees, Rafael included, without knowing that he could understand every word.

Heritage and background can mean a lot to someone and shape how they feel and view the world. But for anyone else, itâ&#x20AC;&#x2122;s just a mask, a way to judge and categorize them into a group. Through this project, Matt hopes to expose the prejudice they have endured and voice their pride of their backgrounds. Over the course of a month, I planned, arranged, edited, wrote, and crafted this into a hard cover photo book. This is my most recent portfolio, please enjoy!

This is my most recent portfolio, please enjoy!