Many of the street residents are drug addicts and engage in theft or prostitution. They can choose a new way, but the choice is difficult and the long-term persistence needed to succeed is even more difficult. From my close encounters with the homeless I was better able to understand their situation and the difficulties they face coping with daily life and teetering on the edge of death. To my great joy, I accompanied Svetlana as she chose to abandon drugs, our relationship was not just around photography, we developed a personal closeness and I was concerned with her well-being. We maintain a warm connection to this day. I'm so happy to see her, flourishing and living a healthy and happy life. April 2020

Svetlana, 46-year-old Christian woman, a survivor, always on the move, she stumbled into drugs and prostitution along her path. November 2015

I've met Svetlana for the first time on November 2015 at the "Death Courtyard" in a forgotten dark alley in Tel-Aviv.

I've gotten to know a strong woman who got dealt the worst cards. Life in that courtyard was unbearable: homeless people, prostitution and drugs. Groups of people, walking daily on that tight rope between life and death.

The relationships between all players are complex. One can see a lot of help and cooperation in injecting the drug, sharing food, when there is some, caring for basic health and rebuilding the shelter that is in constant change for varying reasons, once the tent burns down, once the municipality takes everything apart, once it is stolen, but mostly, it's each person to himself.

I returned there time and again, not knowing who or what I would meet, life there has different rules, a different dynamic. Time passing in a different dimension from one drug portion to the other, from day to day, from life to death, death like a black hole threatening over the complex, while every so often somebody gets sucked into it.

Every so often her condition would deteriorate, she is sick, and weak, and she is happy to see me when I come. She was happy just for a minute, and then she lost the smile and talked about death, several times she said she does not want to live. In pain, I try to understand the place she is in, all we have, that surrounds and protects us is not a given.

The world of prostitution, the drugs and the street are interconnected, nurture each other, and aim at addiction, when the end is well known in advance, and yet, under certain circumstances those are the conditions that permit life.

During our last meeting in the street she was wounded and hurt, weak and depressed. She sat on the mattress, covered herself with a blanket, bid me goodbye, before she would sip the alcohol that enabled some sleep. She said she feels the end is near, I felt helpless in my inability to help her, it has to come from her, and she has to choose life

That was the day of critical point in time, and then she made a choice - she had chosen life. She left the yard, let the church placed her in a safe house in quite country side city north of Israel that is kept by "sisters". Tel-Aviv, February 2016

I was very worried when I got to the yard and she wasn't there. It took me two months to gather every bit of information until I found her, in a small town far away from Tel-Aviv. Initially the contact was only telephone, the exciting meeting between us was possible only after five months.

A room of one's own Katzrin, North Israel September 2016

She is being rehabilitated and getting closer to religion, work for her living, her physical condition is good and she is very happy and proud, she saved her life.

A strong community of believers

The municipality and police closed the yard and fenced the entrance. January 2017

One of the areas where homeless people are concentrated in Tel-Aviv is very close to the business center and the heart of Tel-Aviv. The gap between the two worlds is inconceivable.

More than a year from I first met her, Svetlana is completely clean from drugs, she practice her religious believes works for a living and conducts normal life away from that harsh reality she once was a part of, now she helps other to choose life. Haifa, August 2017

Svetlana dresses and gets organized on her wedding day. Haifa, 12.March 2019

ALEX & SVETLANA Happily Ever After

Efrat Sela Born and live in Israel. A designer with passion for photography. fascinated by the human experience in all its formats, I'm looking for man interaction within society and culture. look for stories, be it an individual or a group, looking under the surface, deeply into society. Photography is one way of my relationship with the world, it teach me things about myself 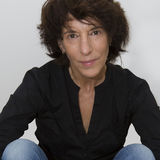