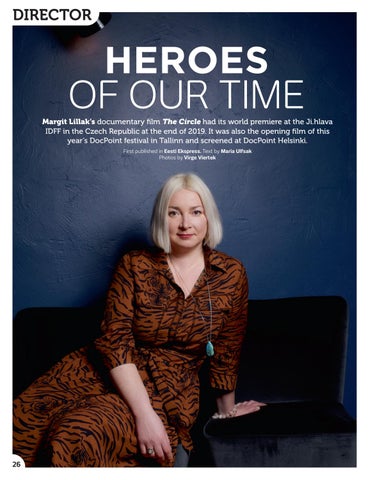 HEROES OF OUR TIME Margit Lillak’s documentary film The Circle had its world premiere at the Ji.hlava IDFF in the Czech Republic at the end of 2019. It was also the opening film of this year’s DocPoint festival in Tallinn and screened at DocPoint Helsinki. First published in Eesti Ekspress. Text by Maria Ulfsak Photos by Virge Viertek