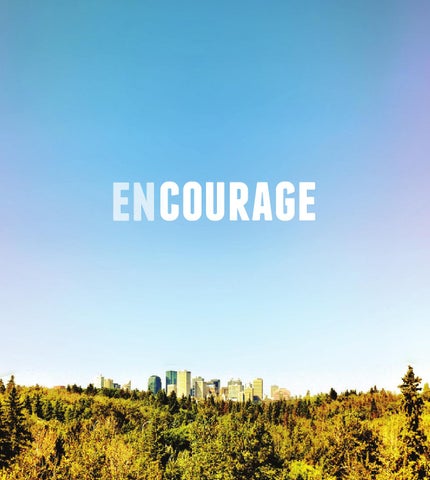 In the fall of 2013, we gathered to talk about Edmonton Economic Development. What did we do in the past, what do we do today, and what can we do — what should we do — in the future? More importantly: why? There are 840,000 city builders in Edmonton. We count ourselves among them, but we also have a distinct role. City building isn’t easy. People with ideas need allies, mentors, champions to refine those ideas, help take them to reality. They need a story to tell about this mysterious bend on the North Saskatchewan River, to each other and to people in Toronto and New York, in Beijing, in Mumbai. Visit Edmonton, invest in Edmonton, learn in Edmonton, play in Edmonton, try something new in Edmonton, launch in Edmonton. This is the best place on the continent to take a risk, to create, to build. Our job is to embody that spirit in everything we do. It’s difficult to describe a spirit, but we left that gathering in the fall of 2013 with the words in this book. We hope you read it as we do, as an invitation. Brad Ferguson

Every morning we wake up with a choice. We can be good enough or we can be remarkable.

We come into work each morning with an unusual responsibility.

We only have one chance to transform what we have inherited into something that lasts forever.

In Edmonton, we create extraordinary things

to fail and start over again.

We take the word

It’s our history and it’s our identity:

if you have the courage to create something from nothing,

this is your city.

And we can help.

Everyone has a theory.

our roots in agriculture and energy,

the way immigrant communities have chosen this place.

But when we launch an idea in this city, and build it together,

All risk-takers know that feeling.

Edmonton has been underestimated, but this is not a city of underdogs.

Going home afraid, and waking up the next morning ready to keep building, is at the heart of what it means to be an Edmontonian.

Confidence is not about empty boasting. It’s about knowing who you are, who you have always been —

and striving for nothing less.

We have been too quiet about our successes, the links between them:

We have been too quiet about our successes, the links between them:

between our entrepreneurs and artists,

There have been a few moments in Edmontonâ&#x20AC;&#x2122;s history when we had to get it right.

This moment is the most crucial,

It will, we will, define the next century.

Weâ&#x20AC;&#x2122;re competing with hundreds of cities on this continent and around the world.

None of them have our advantages. But as we have seen in the past, if we donâ&#x20AC;&#x2122;t act with courage and intelligence,

others will tell it for us.

Our objective is simple. Edmonton will outperform every other regional economy. And we will win by welcoming

Pride, in Edmonton, is different. 114

Letâ&#x20AC;&#x2122;s create ambassadors and evangelists, singers of the Edmonton song.

We are measured by

But our real results are in the heads and hearts of Edmontonians.

We fall asleep with the same choice: We can be good enough tomorrow, or we can be remarkable.

helping a million people succeed is the most Edmonton thing we can do.

Images in this book:

Page 11: A fall stroll through the river valley, Oliver area.

Page 12: Warren Currie breaks ice on the North Saskatchewan River on his stand-up paddle board. Image courtesy of Perry Nelson.

Page 13: Dudley B. Menzies Bridge transports pedestrians and the LRT over the North Saskatchewan River.

Page 14: Image courtesy of the City of Edmonton.

Page 40: Idle No More protestors in front of the Alberta Hotel.

Courage Page 66: The John T. Ross residence hidden behind a January snowfall. Page 69: A Viking atop the original boat from the SCTV skit, “Vikings and Beekeepers.” Page 73: A view of the river valley from the top of the Glenora stairs. Page 74: A smart phone screen capture from the Edmonton Journal mobile site posted to Instagram. Image courtesy of the Edmonton Journal/Larry Wong. Page 84: Aboriginal artist, Aaron Paquette. Image courtesy of Make Something Edmonton. Page 85: A shopper examines an artisan’s wood work at the Royal Bison Craft and Art Fair. Image courtesy of Make Something Edmonton. Page 86: The Royal Alberta Museum sparks a child’s interest in science. Image courtesy of Edmonton Economic Development. Page 87: University of Alberta paleontologist Philip Currie displays the pristine, near-complete skeleton of a baby Chasmosaurus, a relative of the Triceratops, he found in Alberta’s badlands. Image courtesy of the University of Alberta.

Page 133: Shoveling snow off the Art Gallery of Alberta roof towards Chancery Hall.

The art critic of the Edmonton Journal, Fish Griwkowsky is an award-winning photographer, journalist and culture blogger whose images and cinematography have appeared in newspapers and magazines internationally, and onscreen everywhere from Sundance and Berlinale to film fests in Vladivostok, Brooklyn and Dawson City. He specializes in stereoscopic photography, is a founder of Golden West Music Fest, initiated the National Portrait Gallery Project, has been a published cartoonist for over 25 years and has directed and shot videos for Corb Lund, the Wet Secrets and Lad Mags. At the latest Mayor’s Night, he won the Poole Award for support of the arts and is an Avenue 40 Under 40 recipient.

Griwkowsky’s photos illustrate a passion for this city that could easily earn him the title of Edmonton’s unofficial ambassador. Whether it’s +25C or -35C, you can find him, with a camera in hand, on the streets of Edmonton adding to his immense collection of personal photographs, dating back to the 1980s and currently numbering over a million shots.

Images in this book are from a collection of photographs taken by Fish Griwkowsky in Edmonton, unless otherwise noted. © 2014

Taking a risk, or helping someone take a risk, is the most Edmonton thing you can do. 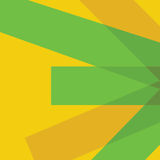 Edmonton Economic Development's corporate culture book: Taking a risk, or helping someone take a risk, is the most Edmonton thing you can do...

Edmonton Economic Development's corporate culture book: Taking a risk, or helping someone take a risk, is the most Edmonton thing you can do...