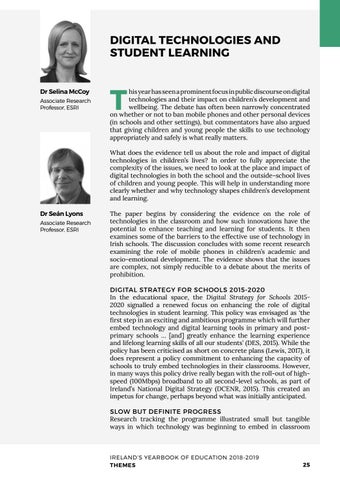 his year has seen a prominent focus in public discourse on digital technologies and their impact on children’s development and wellbeing. The debate has often been narrowly concentrated on whether or not to ban mobile phones and other personal devices (in schools and other settings), but commentators have also argued that giving children and young people the skills to use technology appropriately and safely is what really matters. What does the evidence tell us about the role and impact of digital technologies in children’s lives? In order to fully appreciate the complexity of the issues, we need to look at the place and impact of digital technologies in both the school and the outside-school lives of children and young people. This will help in understanding more clearly whether and why technology shapes children’s development and learning.

The paper begins by considering the evidence on the role of technologies in the classroom and how such innovations have the potential to enhance teaching and learning for students. It then examines some of the barriers to the effective use of technology in Irish schools. The discussion concludes with some recent research examining the role of mobile phones in children’s academic and socio-emotional development. The evidence shows that the issues are complex, not simply reducible to a debate about the merits of prohibition. DIGITAL STRATEGY FOR SCHOOLS 2015-2020 In the educational space, the Digital Strategy for Schools 20152020 signalled a renewed focus on enhancing the role of digital technologies in student learning. This policy was envisaged as ‘the first step in an exciting and ambitious programme which will further embed technology and digital learning tools in primary and postprimary schools … [and] greatly enhance the learning experience and lifelong learning skills of all our students’ (DES, 2015). While the policy has been criticised as short on concrete plans (Lewis, 2017), it does represent a policy commitment to enhancing the capacity of schools to truly embed technologies in their classrooms. However, in many ways this policy drive really began with the roll-out of highspeed (100Mbps) broadband to all second-level schools, as part of Ireland’s National Digital Strategy (DCENR, 2015). This created an impetus for change, perhaps beyond what was initially anticipated. SLOW BUT DEFINITE PROGRESS Research tracking the programme illustrated small but tangible ways in which technology was beginning to embed in classroom 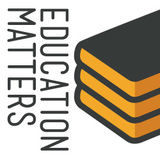