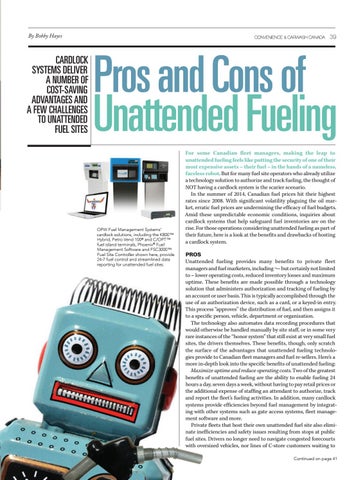 For some Canadian fleet managers, making the leap to unattended fueling feels like putting the security of one of their most expensive assets – their fuel – in the hands of a nameless, faceless robot. But for many fuel site operators who already utilize a technology solution to authorize and track fueling, the thought of NOT having a cardlock system is the scarier scenario. In the summer of 2014, Canadian fuel prices hit their highest rates since 2008. With significant volatility plaguing the oil market, erratic fuel prices are undermining the efficacy of fuel budgets. Amid these unpredictable economic conditions, inquiries about cardlock systems that help safeguard fuel inventories are on the rise. For those operations considering unattended fueling as part of their future, here is a look at the benefits and drawbacks of hosting a cardlock system. PROS

Unattended fueling provides many benefits to private fleet managers and fuel marketers, including ¬– but certainly not limited to – lower operating costs, reduced inventory losses and maximum uptime. These benefits are made possible through a technology solution that administers authorization and tracking of fueling by an account or user basis. This is typically accomplished through the use of an authorization device, such as a card, or a keyed-in entry. This process “approves” the distribution of fuel, and then assigns it to a specific person, vehicle, department or organization. The technology also automates data recording procedures that would otherwise be handled manually by site staff, or in some very rare instances of the “honor system” that still exist at very small fuel sites, the drivers themselves. These benefits, though, only scratch the surface of the advantages that unattended fueling technologies provide to Canadian fleet managers and fuel re-sellers. Here’s a more in-depth look into the specific benefits of unattended fueling: Maximize uptime and reduce operating costs. Two of the greatest benefits of unattended fueling are the ability to enable fueling 24 hours a day, seven days a week, without having to pay retail prices or the additional expense of staffing an attendant to authorize, track and report the fleet’s fueling activities. In addition, many cardlock systems provide efficiencies beyond fuel management by integrating with other systems such as gate access systems, fleet management software and more. Private fleets that host their own unattended fuel site also eliminate inefficiencies and safety issues resulting from stops at public fuel sites. Drivers no longer need to navigate congested forecourts with oversized vehicles, nor lines of C-store customers waiting to Continued on page 41 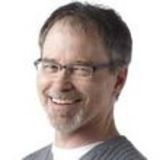