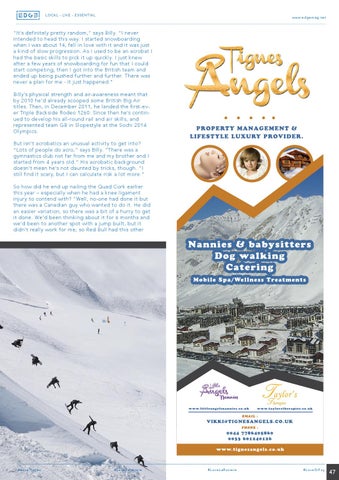 “It’s definitely pretty random,” says Billy. “I never intended to head this way. I started snowboarding when I was about 14, fell in love with it and it was just a kind of slow progression. As I used to be an acrobat I had the basic skills to pick it up quickly. I just knew after a few years of snowboarding for fun that I could start competing, then I got into the British team and ended up being pushed further and further. There was never a plan for me - it just happened.” Billy’s physical strength and air-awareness meant that by 2010 he’d already scooped some British Big Air titles. Then, in December 2011, he landed the first-ever Triple Backside Rodeo 1260. Since then he’s continued to develop his all-round rail and air skills, and represented team GB in Slopestyle at the Sochi 2014 Olympics. But isn’t acrobatics an unusual activity to get into? “Lots of people do acro,” says Billy. “There was a gymnastics club not far from me and my brother and I started from 4 years old.” His acrobatic background doesn’t mean he’s not daunted by tricks, though. “I still find it scary, but I can calculate risk a lot more.” So how did he end up nailing the Quad Cork earlier this year – especially when he had a knee ligament injury to contend with? “Well, no-one had done it but there was a Canadian guy who wanted to do it. He did an easier variation, so there was a bit of a hurry to get it done. We’d been thinking about it for 6 months and we’d been to another spot with a jump built, but it didn't really work for me; so Red Bull had this other 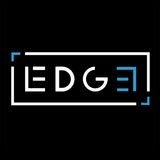