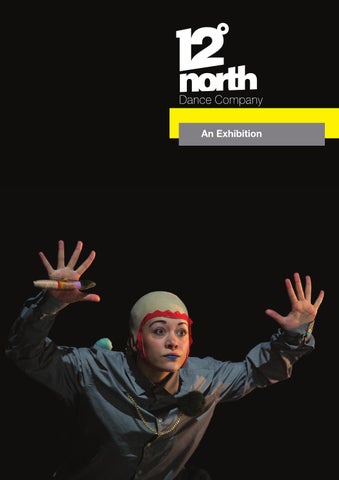 12째North is a dance company, funded by Arts Council England and specifically designed for North West dance graduates. The company is based at Edge Hill University and managed by Karen Jaundrill-Scott, Debbie Milner, Gil Graystone Wilson and Georgio de Carolis. A dance company with a distinct difference, the aim is to provide emerging dance artists with a holistic experience of performance, creation, guided educational work and business skills. Unique in its intentions, the company provides a two year, tailor-made, training opportunity for up to 12 graduates in the four following strands: performance; choreography; teaching and learning; and business and entrepreneurial skills. High profile choreographers are commissioned to work with the company, and during 2013-14 both Lea Anderson and James Wilton created pieces which were performed at the Lowry; the Grand Theatre, Blackpool; The Nuffield, Live at LICA; Brewery Arts Centre, Kendal; and the University of York St John. The company develops and strengthens partnerships, supported by a steering group comprising the regional dance agencies, dance organisations and Higher Education Institutions, with the intention of furthering opportunities for links and networks across the North West and beyond.

Choreographed by James Wilton with the dancers

This dance is a visual translation of Kurt Schwitters’s sound poem. The choreography followed the structure of the form, the shape of the sounds, and responded to the tone of his voice. The sculptures worn by the performers were replicas of one of Schwitters’s own works, but here they were rendered in silks and velvet.

Lucid was commissioned by Edge Hill University for 12°North. James worked with the dancers over 10 days to create Lucid which explores the mind and the infinite complexity of the brain. The work challenges its performers to make the most of their brains through highly detailed and physical movement.

Class Studio 3, The Lowry, Salford Quays Led by rehearsal directors Debbie Milner and Georgio de Carolis, the class was designed in preparation for an evening performance and focused upon strengthening and the articulation of movement through travelling. This work created a sense of ensemble as dancers considered aspects such as balance, alignment, positioning and the body in space.

Images Class-Rehearsal-Performance: photography by Helen Newall Photographs of performance, representing as they do, fractions of a second in a longer live event, edit the flow of an ongoing timeline in live performance distilling a full length piece into fractured moments. These fragments are sometimes the only documentation we have of a live event which is finished. Any subsequent viewer must then construe what might have been danced in the time spaces between each image. In this sense, photography can never truly document the live event since a viewer will in all likelihood extrapolate out to make a performance which did not actually happen. Looking at a long past dance performance via photography is therefore like watching by lightning.

Rehearsal Quays Theatre, The Lowry; The Grand Theatre, Blackpool Following an initial warm up, spacing and technical runs take place, to help dancers locate a set piece within a new physical context, and to assist technical staff with the focusing and programming of equipment. This is not performance but it is an integral part of being a professional performer.

And performance photographs, as commentators such as Auslander and Sontag have noted, become not representative of the work, but works of art in their own right. The photographer has choreographed via the framing and cropping and editing process. Nevertheless, there is information in each image. And different agencies select images depending on the function to which they put a chosen image. A marketing image will be different from the one selected by a dancer for a portfolio. These images will mean different things to each viewer. The accompanying film details how the subjects of the image perceive themselves in the photographs. For the viewer who has not seen the dance performances they are glimpses, by lightning, of ephemeral performances which may or may not offer a sense of what the original live performance was like.

Performance Quays Theatre, The Lowry The company toured various venues providing dancers with the opportunity to experience differing performance settings ranging from middle scale modern venues, to old theatres which are a grand spectacle in themselves. This is experience of life on the road which is a large part of a professional dancer’s career.

Film Do you see what I see? Film by Karen Jaundrill-Scott Can images support the emerging dancer to self-reflect? This documentary follows six artists as they respond to a series of images captured by Dr Helen Newall during working processes and in significant moments of contemplation. The ACE funded 12°North Company exists to strengthen dance provision in the North West, supported by a culture of collaborative working alongside regional partners, to maximise existing and emerging opportunities. Engaging national choreographers and key practitioners enhances employability by recognising a hybrid diversity of dance (Hall, 2007), and advocating an entrepreneurial approach in preparation for employment (Burns, 2007).

In Mapping Dance, Burns suggests that an emphasis on self-management, career management and market placement is essential for a successful career within the dance world. Project Director Karen Jaundrill-Scott directs the film as the dancers self-reflect upon their technical development and key skills which reveal their current understanding, efficacy, beliefs and metacognition during their first year of professional training. Karen explores the notion of documentary as a research tool to measure the effectiveness of the project and the power of storytelling (Nicholls, 2002). She explores the basic question of whose story this is. Is it the filmmaker’s in empowering realisation and change within the subjects? Or the subjects of change having an embedded presence in the regional dance ecology to inform both pedagogy and practice? Within the narrative, the dancers frame ideas of self-perception in relation to a series of research questions, which measure artistic growth in relation to employability. As the dialogue progresses, dancers acknowledge that this is very much the beginning of their personal journey and begin to view the images through the eyes of potential employers by selecting photographs which maximise their versatility and employment potential. This footage creates a window for discussion for practitioners in Higher Education to consider the role of universities in creating a learning environment which is consistent in developing arts professionals.

Biographies Karen Jaundrill-Scott is the Director of External Affairs and Employability in Performing Arts at Edge Hill University. Her research into undergraduate employability and the emerging artist has developed her work in this field nationally as part of many Arts Council initiatives. She was lead consultant in the ACE consultancy research Towards a Graduate Company (2009) written with Lisa Cullen (University of Salford) and presently the Project Director of 12°North. Karen has excelled in the area of Dance in Education and Community Arts over a period of three decades, both in post as an advisory teacher/arts practitioner, and as an advocate for professional development in the North West.

She began working as an Arts Officer across the region before moving to Munich, Germany to become Dance Development Officer at the Gasteig Arts Centre, and also the Artistic Director of Dance Companie Huber. Karen returned to undertake a consultancy as a site specific choreographer for Granada TV’s Celebration Arts Programme before becoming Artistic Director of Dance in Education undertaking commissions for the Everyman Theatre, Royal Exchange Theatre, the Bolton Octagon and the Donmar Warehouse. At Edge Hill University Karen leads the Applied Dance strand in a range of education and community settings. She has a research interest in heritage and multigenerational re-enactment. More recently Karen has received funding from the Heritage Lottery Fund to complete five publications with community events in local landmarks.

She is currently the Writer-in-Residence with TiQ Theatre Company writing Sweet Sixteen; Silent Night; Home For Christmas; James; Forgotten Fortress; and A Jacobean Christmas, commissioned by Hampton Court Palace for the 400th anniversary of the King James Bible. She also makes digital imagery, scenography and experimental narratives for projection and performance, including: stills for 4D Creative (4dcreative.co.uk), Orpheus (2008), The Book of the Dead (2009) at Edge Hill University; A View from the Hill, The Brindley Arts Centre, Runcorn (2009); Sounds & Visions (2010) shown in Munich; and performance projection for Glossolalia’s Illumination, TiQ’s Chester production of A Christmas Carol in 2012; and The Snow Queen in 2013. Visual installation work includes, The Ghost of Someone Not Yet Drowned, (2011), The Victoria Baths, Manchester; The Secret Light Garden, Picton Castle, Pembrokeshire (2010 and 2011). 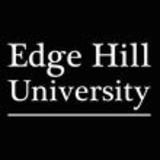 A dance company with a distinct difference, the aim is to provide emerging dance artists with a holistic experience of performance, creation...

A dance company with a distinct difference, the aim is to provide emerging dance artists with a holistic experience of performance, creation...