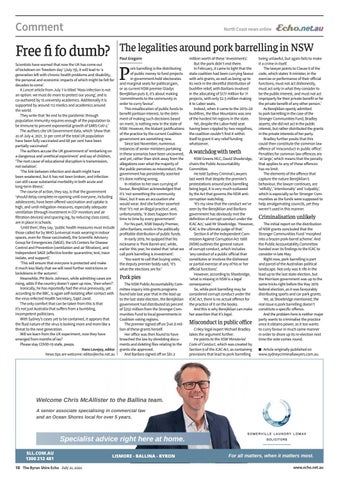 DſĕĕǕĪşĎƖŔćȃ Scientists have warned that now the UK has come out of lockdown on ‘freedom day’ (July 19), it will lead to ‘a generation left with chronic health problems and disability, the personal and economic impacts of which might be felt for decades to come’. A Lancet article from July 7 is titled ‘Mass infection is not an option: we must do more to protect our young’, and is co-authored by 15 university academics. Additionally it is supported by around 112 medics and academics around the world. They write that ‘An end to the pandemic through population immunity requires enough of the population to be immune to prevent exponential growth of SARS-CoV-2.’ The authors cite UK Government data, which ‘show that as of July 4, 2021, 51 per cent of the total UK population have been fully vaccinated and 68 per cent have been partially vaccinated’. The authors accuse the UK government of ‘embarking on a dangerous and unethical experiment’ and say of children, ‘The root cause of educational disruption is transmission, not isolation’.  ‘The link between infection and death might have been weakened, but it has not been broken, and infection can still cause substantial morbidity in both acute and long-term illness’. The course of action, they say, is that the government ‘should delay complete re-opening until everyone, including adolescents, have been offered vaccination and uptake is high, and until mitigation measures, especially adequate ventilation (through investment in CO2 monitors and air filtration devices) and spacing (eg, by reducing class sizes), are in place in schools. ‘Until then’, they say, ‘public health measures must include those called for by WHO (universal mask wearing in indoor spaces, even for those vaccinated), the Scientific Advisory Group for Emergencies (SAGE), the US Centers for Disease Control and Prevention (ventilation and air filtration), and Independent SAGE (effective border quarantine; test, trace isolate, and support)’. ‘This will ensure that everyone is protected and make it much less likely that we will need further restrictions or lockdowns in the autumn’. Meanwhile, PM Boris Johnson, while admitting cases are rising, adds if the country doesn’t open up now, ‘then when?’. Ironically, he has reportedly had the virus previously, yet according to the BBC, is again self-isolating after contact with the virus-infected Health Secretary, Sajid Javid. The only comfort that can be taken from this is that it’s not just Australia that suffers from a bumbling, incompetent politicians. With Sydney’s cases yet to be contained, it appears that the fluid nature of the virus is looking more and more like a threat to the next generation. Will we learn from the UK experiment, now they have emerged from months of iso? Please stay COVID-19 stafe, peeps. Hans Lovejoy, editor News tips are welcome: editor@echo.net.au

The legalities around pork barrelling in NSW Paul Gregoire

ork barrelling is the distributing of public money to fund projects in government-held electorates and marginal seats for political gain, or as current NSW premier Gladys Berejiklian puts it, it’s about making ‘commitments to the community in order to curry favour’. This misallocation of public funds to benefit partisan interest, to the detriment of making such decisions based on merit, is nothing new in the state of NSW. However, the blatant justifications of the practice by the current Coalition government are something new. Since last November, numerous instances of senior ministers partaking in these scenarios have been uncovered, and yet, rather than shirk away from the allegations over what the majority of the public perceives as misconduct, the government has persistently asserted it’s done nothing wrong. In relation to her own currying of favour, Berejiklian acknowledged that it’s ‘not something the community likes’, but it was an accusation she would wear. And she further asserted that ‘it’s not an illegal practice’, and, unfortunately, ‘it does happen from time to time by every government’. For his part, NSW Deputy Premier, John Barilaro, revels in the politically profitable distribution of public funds. In early 2019, he quipped that his nickname is ‘Pork Barrel-aro’, while, earlier this year, he stated that ‘what we call pork barrelling is investment’. ‘You want to call that buying votes,’ the deputy premier boldy said, ‘it’s what the elections are for.’

Pork pies The NSW Public Accountability Committee inquiry into grants programs found late last year that in the lead up to the last state election, the Berejiklian government had distributed 95 percent of $252 million from the Stronger Communities Fund to local governments in Coalition voting regions. The premier signed off on $141.8 million of these grants herself. Her office was then found to have breached the law by shredding documents and deleting files relating to the grants she approved. And Barilaro signed off on $61.3

million worth of these ‘investments’. But the pork didn’t end there. In February, it came to light that the state coalition had been currying favour with arts grants, as well as being up to its neck in the deceitful distribution of bushfire relief, with Barilaro involved in the allocating of $177 million for 71 projects, with only $2.5 million making it to Labor seats. Indeed, when it came to the 2019–20 bushfires, the Blue Mountains was one of the hardest hit regions in the state. Yet, despite the Labor-held seat having been crippled by two megafires, the coalition couldn’t find it within itself to grant it any relief funding whatsoever.

A watchdog with teeth NSW Greens MLC, David Shoebridge, chairs the Public Accountability Committee. He told Sydney Criminal Lawyers last week that despite the premier’s protestations around pork barrelling being legal, it is very much outlawed by the Act that governs the NSW anticorruption watchdog. ‘It’s my view that the conduct we’ve seen by the Berejiklian and Barilaro government has obviously met the definition of corrupt conduct under the ICAC Act,’ said Mr Shoebridge. ‘However, ICAC is the ultimate judge of that.’ Section 8 of the Independent Commission Against Corruption Act 1988 (NSW) outlines the general nature of corrupt conduct, which includes ‘any conduct of a public official that constitutes or involves the dishonest or partial exercise of any of his or her official functions’. However, according to Shoebridge, ‘what is missing in NSW is a legal consequence.’ So, while pork barrelling may be considered corrupt conduct under the ICAC Act, there is no actual offence for the practice of it on the books. And this is why Berejiklian can make her assertion that it’s legal.

lĶƆĈşŕĎƖĈƐĶŕżƖćōĶĈşǔĶĈĕ Crikey legal expert Michael Bradley takes the argument further. He points to the NSW Ministerial Code of Conduct, which was created by Section 9 of the ICAC Act, as containing provisions that lead to pork barrelling

being unlawful, but again fails to make it a crime in itself. The lawyer points to Clause 6 of the code, which states ‘A minister, in the exercise or performance of their official functions, must not act dishonestly, must act only in what they consider to be the public interest, and must not act improperly for their private benefit or for the private benefit of any other person.’ As Berejiklian openly admitted to pork barrelling in the case of the Stronger Communities Fund, Bradley asserts, she did not act in the public interest, but rather distributed the grants in the private interests of her party. Bradley further posits that this could then constitute the common law offence of ‘misconduct in public office’. Penalties for common law offences are ‘at large’, which means that the penalty that applies to any of these offences has no limit. The elements of the offence that capture the nature Berejiklian’s behaviour, the lawyer continues, are ‘wilfully’, ‘intentionally’ and ‘culpably’, which is especially so for Stronger Communities as the funds were supposed to help amalgamating councils, yet they weren’t used in this manner.

Criminalisation unlikely The initial report on the distribution of NSW grants concluded that the Stronger Communities Fund ‘morphed into a brazen pork-barrel scheme’. And the Public Accountability Committee handed over its findings to the ICAC to consider in late May. Right now, pork barrelling is part and parcel of the Australian political landscape. Not only was it rife in the lead up to the last state election, but the Morrison government was up to the same tricks right before the May 2019 federal election, as it was favourably distributing sports and car park grants. Yet, as Shoebridge mentioned, the real issue is pork barrelling doesn’t constitute a specific offence. And the problem here is neither major party wants to criminalise the practice once it obtains power, as it too wants to curry favour in much same manner in order to shore up its re-election next time the vote comes round. Q Article originally published on www.sydneycriminallawyers.com.au.

Welcome Chris McAllister to the Ballina team. A senior associate specialising in commercial law and an Ocean Shores local for over 5 years.