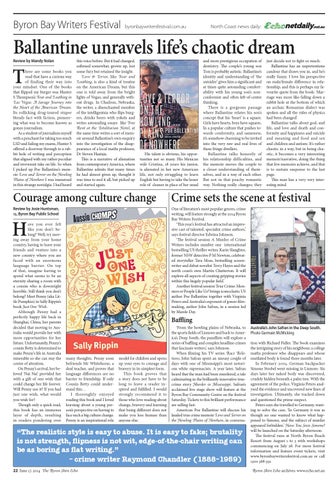 here are some books you read that have a curious way of finding their way into your mindset. One of the books that flipped my burger was Hunter S Thompson’s Fear and Loathing in Las Vegas: A Savage Journey into the Heart of the American Dream. Its rollicking drug-inured stupor blends fact with fiction, pioneering what was to become known as gonzo journalism. As a student of journalism myself with a penchant for taking too much LSD and failing my exams, Hunter S offered a doorway through to a rabbit hole of writing and perception that aligned with my rather peculiar and irreverent take on life. So when I picked up Poe Ballantine’s memoir Love and Terror on the Howling Plains of Nowhere I was immersed in this strange nostalgia. I had heard

this voice before. But it had changed, softened somewhat, grown up, lost some fury but retained the insight. Love &amp; Terror, like Fear and Loathing, is also a kind of treatise on the American Dream, but this one is told away from the bright lights of Vegas, and generally without drugs. In Chadron, Nebraska, the writer, a disenchanted member of the intelligentsia who flips burgers, drinks beers with yokels and writes astounding essays like Free Rent at the Totalitarian Hotel, at the same time writes a sort of memoir around Ballantine’s own enquiry into the investigation of the disappearance of a local maths professor, Dr Steven Haataja. This is a narrative of alienation from contemporary America, where Ballantine admits that many times he had almost given up, thought it was time to end it all, but picked up and started again.

His talent is obvious, his opportunities not so many. His Mexican wife Cristina, 18 years his junior, is alienated in her new American life, not only struggling to learn English but having to take the lesser role of cleaner in place of her usual

and more prestigious occupation of dentistry. The couple’s young son Tom is probably autistic. Ballantine’s identity and understanding of ‘the outsider’ gives him a significant and at times quite astounding comfortability with his young son’s nonconformist and often left-of-centre thinking. There is a gorgeous passage where Ballantine relates his son’s concept that his ‘heart’ is a square. Girls have hearts, boys have squares. In a popular culture that pushes towards conformity, and sameness, it’s somehow charming to be invited into the very raw and real lives of these fringe dwellers. Ballantine talks honestly of his relationship difficulties, and the memoir moves the couple to a closer understanding of themselves, and in a way of each other. But not in that peachy romantic way. Nothing really changes; they

just decide not to fight so much. Ballantine has an unpretentious candour that draws you in, and he’s really funny. I love his perspective on male/female difference in relationship, and this is perhaps my favourite quote from the book: ‘Marriage was more like falling down a rabbit hole at the bottom of which an archaic Romanian dialect was spoken and all the rules of physics had been changed’. Ballantine talks about god, and life, and love and death and conformity and happiness and suicide and meaning and food and sex and children and autism. It’s rather chaotic in a way, but in being chaotic, it becomes a very interesting memoir/narrative, doing the thing that few memoirs achieve, and that is to sustain suspense to the last page. This man has a very very interesting mind.

Crime sets the scene at festival

ave you ever felt like you don’t belong? Well, try moving away from your home country, having to leave your friends and venture into a new country where you are faced with an enormous language barrier. On top of that, imagine having to spend what seems to be an eternity sharing a room with a cousin who is downright horrible. Still think you don’t belong? Meet Penny (aka Little Pumpkin) in Sally Rippin’s book Just One Wish. Although Penny had a perfectly happy life back in Shanghai, China, her parents decided that moving to Australia would provide her with more opportunities for her future. Unfortunately, Penny’s cousin Betty is determined to make Penny’s life in Australia miserable so she can stay the centre of attention. On Penny’s arrival, her beloved ‘Nai Nai’ provided her with a gift of one wish that could change her life forever. Will Penny use it? If you had just one wish, what would you wish for? Though only a quick read, this book has an immense layer of depth, resulting in readers pondering over

many thoughts. Penny soon befriends Mr Whitehorse, a deaf teacher, and proves that language differences are no barrier to friendship. If only Cousin Betty could understand this… I thoroughly enjoyed reading this book and I loved learning about a young person’s perspective on having to face such a big culture change. Penny is an inspirational role

model for children and opens up your eyes to courage and bravery in its simplest form. This book proves that a story does not have to be long to leave a reader inspired and fulfilled. I would strongly recommend it to those who love reading about change, bravery and learning that being different does not make you less human than anyone else.

‘From the howling plains of Nebraska, to the sports fields of Lismore and back to America’s Deep South, the panellists will explore a series of baffling and complex headline crimes that fascinate writers,’ says Johnson. When filming his TV series Race Relations, John Safran spent an uneasy couple of days with one of Mississippi’s most notorious white supremacists. A year later, Safran heard that the man had been murdered, a tale culminating in the brilliantly innovative truecrime story Murder in Mississippi. Safran’s acclaimed live stage show will feature at the Byron Bay Community Centre on the festival Saturday. Tickets to this brilliant performance are selling fast. American Poe Ballantine will discuss his lauded true crime memoir Love and Terror on the Howling Plains of Nowhere, in conversa-

tion with Richard Fidler. The book examines the intriguing story of his neighbour, a college maths professor who disappears and whose mutilated body is found three months later. In February 2005, German backpacker Simone Strobel went missing in Lismore. Six days later her naked body was discovered, crudely hidden beneath a palm tree. With the agreement of the police, Virginia Peters analysed the evidence and uncovered new lines of investigation. Ultimately, she tracked down and questioned the prime suspect. Peters says she travelled to Germany, wanting to solve the case. ‘In Germany it was as though no one wanted to know what happened to Simone, and the subject of murder appeared forbidden.’ Have You Seen Simone? will be launched on the Saturday afternoon. The festival runs at North Byron Beach Resort from August 1 to 3 with workshops commencing on July 28. For more festival information and feature event tickets, visit www.byronbaywritersfestival.com.au or call 1300 368 552. Byron Shire Echo archives: www.echo.net.au 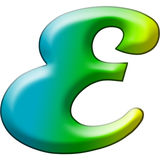