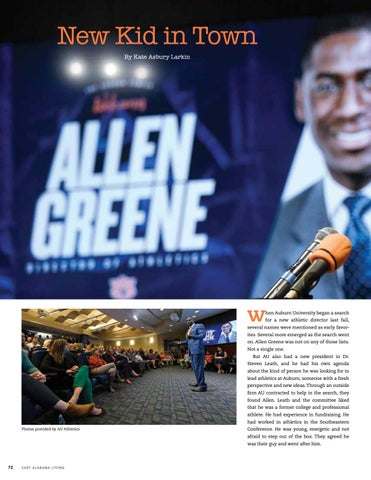 several names were mentioned as early favorites. Several more emerged as the search went on. Allen Greene was not on any of those lists. Not a single one. But AU also had a new president in Dr. Steven Leath, and he had his own agenda about the kind of person he was looking for to lead athletics at Auburn; someone with a fresh perspective and new ideas. Through an outside firm AU contracted to help in the search, they found Allen. Leath and the committee liked that he was a former college and professional athlete. He had experience in fundraising. He had worked in athletics in the Southeastern

Conference. He was young, energetic and not afraid to step out of the box. They agreed he was their guy and went after him. 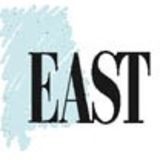