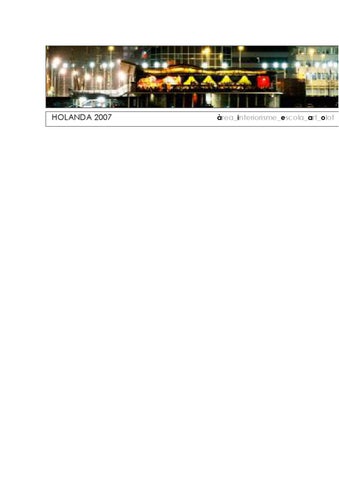 This seventy metres high tower has a mixed program of educational spaces, offices and public functions. A route of escalators links the different departments from the lobby all the way to the top. The low-rise part of the building contains the special facilities like simulator rooms, restaurants, a media centre, a sports centre, and workshops. The cantilevered conference room overlooks the Port of Rotterdam, while the stepped student restaurant on the ground floor overlooks the Maas river. The meandering building volume forms a vertical icon for this international centre of maritime knowledge.

The kubus or cube homes were designed by Piet Blom. He saw his design as a tree and the entire complex as a forest. Blom’s idea was to design a kind of village within a big city, a safe oasis where various functions could come to fruition. The KijkKubus is the fully furnished museum home in the Blaakse Bos. The interior was specially designed to give visitors an impression of how you can live in a cube home.

The colors of the large unified space for the various narrative episodes are warm and luminous: variants of yellow, orange and red mingle in a concert of precise and diffused lights. Awe and emotion, art and poetry, set design and a taste for the exhibition are the paradigms of a little Gesamtkunstwerk organized in two areas, the zone of the spectacle and that of its observation. Places to relax, to eat, to converse.?The theater is undoubtedly the source of inspiration for this place, which aims to be a sign but not a signal?, Wanders explains. ?In the manner of the 1700s, when the theater was a very popular form, and the audience spent hours and hours in the seats, eating, drinking, singing. Here too everything is aimed at creating a situation of equivalence between actors and spectators?. And to properly conclude the compositional perspective of a space of great dramatic impact, we have the Love Suite, a veritable attraction: a monolithic ?box? perched on inclined pillars, red lacquer on the outside, lined with the same color on the inside like a plush boudoir, with heart-shaped seats and a crystal chandelier. Sufficient to isolate yourselves in a sort of alcove, shielded from prying gazes. Here the theme of ?see and be seen? takes on a whole different tone.

Digital Port Rotterdam, an initiative of the Chamber of Commerce Rotterdam and the Council of Rotterdam, is placed as a pavilion inside the stock exchange hall of the World Trade Centre, Rotterdam. Within this pavilion, participants can attend various workshops to learn more about the application of ICT in their businesses. Mecanoo has taken the opportunity with the design of Digital Port Rotterdam to return part of the exchange hall to its original condition. The existing insurance exchange has been demolished and relocated to the new pavilion; this reopens part of the trade hall to the public. Another World The pavilion contains workshop spaces, an auditorium, meeting room, lobby, lounge and office space. The starting point of Mecanoo’s concept is based around a non-standard use of materials, light, sound and vision. The atmosphere and design varies greatly between each unique space. Entering the pavilion transports the visitor into another world. Through a perspex façade made up of varying degrees of transparency, the visitor occasionally catches a glimpse back to the outside world and the exchange hall. The different spaces within the pavilion are connected by a single route which varies in level and which guides the visitor by means of light boxes set into in the floor. Journey The route is the base of the design, connecting all the various spaces. The first space to enter is completely enclosed. The outside wall, covered with fabric wrapped panels, gives an inviting and tactile quality. Once inside the oval shaped room, the visitor is completely immersed by sound and vision. The seating is arranged on two different levels, and with each seat composed of moveable cushions, it is also a very flexible space. Large plasma screens are hung from the ceiling and the seamless oval wall can be sed for projection. Following the journey of the route, the next space contrasts greatly with the previous one. The room has a closed character, but the connection with the outside world has partly been restored with the use ofwhite glass in parts of the wall. All of the walls are white. The circular table surrounded by white leather chairs is sits on a carpet with a large, photo-realistic waterdrop print. The translucent stretched ceiling of white fabric diffuses the slowly changing colours of the lights behind it, changing in time with the workshops progress. In the final two spaces where the visitor can sit down and work out particular solutions for their specific business needs, have a completely open feel. You can literally see the light. The two rooms are constructed entirely of transparent perspex, allowing the original glass brick ceiling of the trade hall above the Digital Port to be seen again. The connection with the outside world is reestablished. The lobby is situated between the various workshop areas and with the use of curtains it can be open or closed in character. The bar located in the lobby is constructed of coloured perspex sheets, serrated in irregular curves and glued together, and provides an exciting composition of colours with form. The lounge with its open quality, provides furniture for all kinds functions: work and play. Twice every week the insurance exchange takes place within the lounge.

The compact building designed by the Rotterdam firm of architects OMA (Rem Koolhaas/Fumi Hoshino), contains a surprisingly large exhibition space: 3300 square metres, distributed over three main halls, a design-gallery and a photo-gallery. This means that five or six exhibitions can be held simultaneously in the Kunsthal. A spacious auditorium, a café-restaurant, a bookshop and a VIP room complete the ensemble. The various parts of the building seem to be lightly piled on top of each other; floors slope ans several ramps traverse the structure. The Kunsthal lies between Museumpark and Westzeedijk and functions therefore not only as an exhibition building, but as a traffic intersection as well.. A rising ramp runs straight through the building and bridges the height difference of six metres between the two – whether people enter the Kunsthal or keep on going. The Kunsthal is both the end of the park and an entrance gate. A service road rums beneath it which has been retained.

Constructed to facilitate the orchestration of traffic flows, the bridge design is inspired by, and in turn reflects, the industrial character of Rotterdam, adding to the narrative of the city. The bridge operates as the last crossing point between the Northern and Southern areas of the city, whilst its structural scale and design articulation has become a distinctive landmark within the surrounding skyline.

The NAI moved into its present premises in 1993. The striking building, is situated at the edge of the Museumpark in the heart of Rotterdam and was designed by Jo Coenen. Seen from the outside, the building consists of four distinct volumes: the lobby with the foyer and the auditorium, the exhibition wing, the archives, and the library with the offices above it.

Urban Design The urban design for the building concentrated on integrating it with the existing structures that surround it. The relatively quiet park is shielded from the busy Rochussenstraat by the curved, inward-looking archives wing. The museum can be entered from the sheltered arcade, which is lit at night by Peter Struycken's dynamic light sculpture. A second entrance is on the Museumpark side of the building and can be reached by crossing a narrow footbridge. The two entrances are linked to either end of the lobby, which thereby becomes part of the route from the city centre to the Museumpark. On the park side, the building is bounded by a narrow pool, which creates more space around the building and separates it from its surroundings.

Materials Different materials were used for the facings of each wing of the building. The outside of the main volume (lobby, library and offices) is made of glass which reveals the underlying concrete structure. The archives wing is covered with steel plates, and the exhibition wing is executed in brick masonry. Coenen designed the building to enter into a relation with the Boymans Van Beuningen Museum opposite. For example, the main volume is surrounded by a tall pergola which echoes the tower of the museum, and the dark bricks of the gallery wing also refer to those of the building opposite.

Traditional and Modern Traditional and modern characteristics intermesh in the NAI building's design. Opposite the traditionally styled Boymans Van Beuningen Museum, there is a series of white-painted modernist villas from the 1930s, examples of the Nieuwe Bouwen style. Coenen's design incorporates varied associations with the surrounding architecture into a single building. 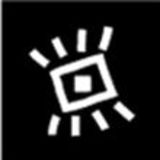