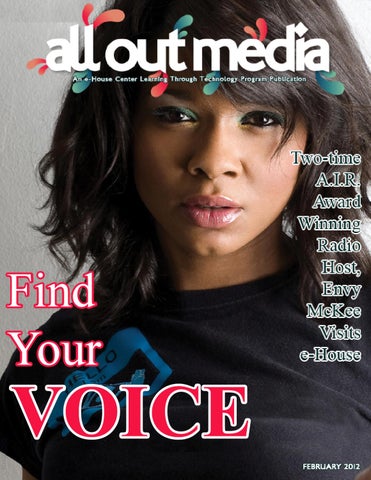 Ms. Kimberly “Envy” McKee is a youthful African American woman who displays success in so many ways. With almost a decade of experience in broadcast communications, she has been nominated for many Achievement in Radio Awards, of which she has won two.

She encouraged each of us to remember “the importance of having a voice,” and “ embracing the uniqueness of your own awesome.” career, she mentioned that at one point, she had wanted to be a singer and dancer, but that she found the expected

operated as a blogger, author, conforming to everything that producer, fashionista, and is “expected” of you to do to Web show personality. get from Point A to Point B in your life. Ms. McKee was energetic and engaging during her speaking I appreciated her taking the engagement. I found myself time to share her stor y with us. feverishly taking notes just She was very open to giving us to keep up with her lively life and career advice and also delivery of such empowering messages. during summer internships (which I absolutely intend to She not only brought eight apply for!) years of experience and skills in broadcast, but insight on If you would like to keep up-tolife itself. date with Envy McKee, follow her on Twitter @QueenEnvy Some of the most memorable or visit her website to tune in moments included her halting to at the entire discussion to say, http://www.envymckee.com. “Don’t ever say, “Shout out to my haters!” by Brianna Henderson 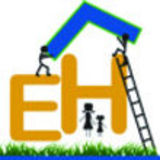 On January 19, 2012 Envy McKee visited The e-House Center. Read this feature article about her visit written by Brianna Henderson.

On January 19, 2012 Envy McKee visited The e-House Center. Read this feature article about her visit written by Brianna Henderson.