and the award goes to

very year, Davis Wright honors one associate attorney at the firm who has demonstrated an outstanding commitment to pro bono service. This year, the Heart of Justice Award was given to Alan Galloway, a fourth-year associate in our Portland office, who provided 195 hours of pro bono legal service in 2011 alone. Galloway joined DWT in 2008 upon graduating from Boalt Hall School of Law at UC Berkeley, and immediately began volunteering with Outside In, a nonprofit agency serving homeless youth in Portland. He has since become the manager of DWT’s weekly legal clinic at Outside In’s downtown facility. In addition, he has devoted many hours to pursuing civil liberties cases alongside the ACLU (including the lawsuit against the state of Oregon described in the previous story). He has worked on housing and land use issues as well. Galloway has a Ph.D. in Philosophy from Duke University. 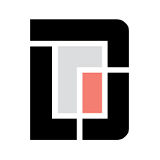