teve Eulberg&#39;s living room is a comfortable, homey place. Set inconspicuously on a side street in Fort Collins, Colorado, Steve&#39;s house does not particularly stand out from any of the others and the inside seems li ke just another abode for an active American family. You sit in the living room among pictures and keepsakes whi le the family dog sniffs busi ly at everything and everybody. But the hammered dulcimer that stands near the piano on the east side of the room hints strongly at the truth: this is the home of an acoustic mu sic powerhouse. Okay, maybe the word &quot;powerhouse&quot; seems out of place for a ma n who makes such gentle, caring and sweet music, but it does indicate a musical spirit that is not undermined by opinion or fashion . Steve is an explorer and an innovator, one willing to challenge the usually accepted boundaries of music. So much so that perhaps his neighbors wou ld be surp rised if they knew what kind of rebe l li ved next door. Steve likes to create &quot;du lcimerfriend ly&quot; worship music. He writes fresh arrangements of fiddl e tunes to include the dulcimer, the n records and produces an album with a pa ir of talented teenage musicia ns. He plays the blues on the dulcimer. He also writes songs that incorpo rate the sound of the dulcimer with a fu ll vocal chorus and the Australian d idjeridoo. For Steve, musical tradition is only a starting point.

&quot;The dulcimer is a traditional instrument because it comes from a tradition,

Steve built his first mountain dulcimer and started playing in 1980. Like

many novice players, Steve consumed as much of the lite rature about the instrument and its traditions as he could find. Meanwhile, he a lso was serving as the pastor/musician in a n inne r-city Lutheran chu rch in Kansas City, Missouri. It was n&#39;t until 1988 that the two pursu its crossed paths. &quot;The spark came when J was asked to lead a retreat with music based around the dulcimer,&quot; Steve remembers. &quot;They wanted the music to be ge ntle and contemplative and at the end the reaction was very positive. My congregation was small and open to a wide variety of music so it seemed natura l to start writing and arranging new things for my church after that.&quot; The rcsult of combin ing Steve&#39;s du lcimer playing and his faith has been numerous recordings as well as the Dulcimer-Friendly Worship Series&quot; of books. A third book, featuring Christmas music in a mellow mood, is due out later in 2002.

cha llenge for Steve when he began working with Carole and Teresa Lundgren, violin-playing sisters in Colorado who wanted to record and perform a varie ty of music, including traditiona l fidd le tunes. &#39;&#39;As producer a nd a rranger, J had to try to find ways that the dulcimer could fit in with the two fiddle parts, locate the harmonies, and create balance and texture, &quot; says Steve. &quot; J had to try to find freedom within the limitations that were present in both kinds of dulcimers. The recording, Random Acts of FIddling was released in 1999. This wasn&#39;t the first time Steve had worked with young people using the dulcimer. His church youth group built dulcimers that graced the church&#39;s walls for a time, and he a lso he lped his daughter&#39;s e1emen-

tary school build instruments from kits salvaged from a dusty storage closet. This is all in additio n to Steve&#39;s active work with a variety of youth gatherings. Sometimes, however, it isn&#39;t musical

challenge so much as just plain fun that helps reinforce new musica l directions. Steve is one of the e nthusiastic acoustic music fans that return yea r after year to the Walnut Va lley National Flatpicking Festival in Winfield, Kansas. Besides being a fa n, he is also a pe riodic contestant and has won second place, third place and finali st awa rds in both mountain dulcimer a nd hammered dulcimer contests. Wal nut Valley is also where he convenes with a gro up of players who camp togethe r as friends and have formed a group called JimJim and the FatBoys. On their release Bottle Up &amp; Go and you &#39;ll hear dulcimer sounds mixing with blues, folk a nd even country influe nces-all with a ge nerous helping of humor. &quot; Blues has always been in there for me, but with these guys things just kind of gelled,&quot; Steve admits. &quot;One thing we discovered when we started playing togethe r is that some of us use diffe re nt tunings. One guy prefers GOG . I like OAA. What was amazing is that we found that we didn&#39;t have to re tune. We could bring a ll the different sounds, dif-

Please do not reprint or redistribute without permission. Contact dpn@dpnews.com.

Please subscribe to Dulcimer Players News at www.dpnews.com. It is only through the continued support of current subscribers and advertisers that we can offer our entire archive of out-of-print magazines for free! Think back to the way you felt the first time this music caught your ear. It was more than just a sound or a song that grabbed your attention. It was a connection to a tradition and a community. DPN subscribers tell us their quarterly dose of music, stories, instruction and festival guides keeps them connected. You'll get four issues a year. Toss in the sampler CD which comes with each issue, and the $7.50 per issue subscription price is a great bargain. 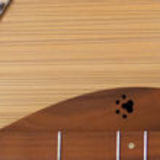