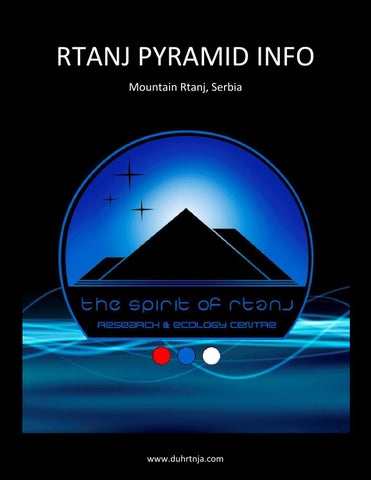 The primary activities of &quot;The Spirit of Rtanj&quot; are to research specific pyramidal relief, Rtanj energy and space research around Rtanj. Center support theory that Rtanj belongs to the category of &quot;Pyramids of nature.&quot; These pyramids are not built of stone blocks and the megaliths, but for whose construction was used existing limestone mountain range that is shaped in a precise pyramid structure. Objects that partially resemble the pyramids in Bosnia and Herzegovina (a combination of natural and artificial materials), but better belongs to the category of pyramid structures in Tibet in the area that is Shambhala ( Kajlash mountains -over 100 pyramidal structures made of natural mountains ) Firstly, some photos of Rtanj

Vizualization of edges of Rtanj Peak &quot;Spike&quot; (1565 m) is a perfect triangular pyramid with almost ideal orientation to the housing arm of the world. Figure 1 The analysis of mathematical probability spoke system has eliminated the possibility that they were formed by mere subsidence of soil and the influence of atmospheric conditions.

This further proof of the relations between the length of spokes of Rtanj shown in Figure 2. Each arm is half the size of the previous one. The ratio is 4:2:1. Even if the nature played with these relationships created by accident, only the foolish scientist turned a blind eye to the further analysis of a series of spokes of Rtanj. In Figure 3 shows the relationship of these differences altitude legs. Repeated ratio of 4:2:1.

View from the North

Picture 3 The justification of the credibility of the statistical probability that nature can not do this kind of coincidence, geometrically speaking, the following factors are shown in Pictures 4 and 5.

And the Google map (Picture 4) and the Military Geographical Institute map of Serbia (picture 5), reveals that openness is the angle to the northwest and northeast corners of 105 degrees, while the southern side open to an angle of 150 degrees. We know that in the energy processes in the sun beside the pyramids of water is one of the important aspects the more logical in southern openness trilateral pyramids due to higher absorption of thermal radiation. We know that pyramids have a much greater energy efficiency if below it there are underground water flows or wet tunnels. It is a cave system full of moisture and cold air rich in negative ions in the lower parts of Rtanj replace tunnels and make up rooms that are inevitably present in the pyramids were built from blocks. In Picture 6 the importance of water in the energy processes performed at the Pyramids and possible seal to us by the ancient builders of Rtanj. Well just seen the appearance of molecular water (H20) has the same angles between two molecules of hydrogen (105) and molecular oxygen as the range of arms of the pyramid Rtanj. This can be presented instead of two water molecules to one molecule of H 3 O.

Picture 8 shows that removing the vegetation layer and the longest possible subsidence, the northern branch of the layer below that is the planet Earth was created in the last period, you can run the length of spokes of Rtanj in irrational numbers. It is known that these geometric constants ancient pyramid builders implemented in their construction because of their infinite number of decimal that symbolized eternity,immortality of the pyramids and symbols of species was given to pyramids. Picture 9 shows a narrow research area of Rtanj defined in shape of isosceles triangle. Triangle formed by touching the imaginary axis peaks &quot;Spike&quot; - three-sided pyramid, &quot;Baba&quot; - an elliptical step-pyramid top, &quot;Kusak&quot; - polusveri end concave pyramidal forms of relief. The marker locations are very important for further analysis and relief of Rtanj were selected because of it&#39;s striking shape and prominence altitudes.

With pictures 10 (sub-zone) and 11 (wide area) is the characteristic matrix for focusing the focal point of the marker locations covered by the pyramids and so defined research area of Rtanj. At these images is visible harmony of the other highlights of the relief Rtnja in form. When the matrix of Cheops Pyramid seen from a profile (front), set at the marker locations and stretch without itâ&amp;#x20AC;&amp;#x2122;s deformation is noticeable that in addition to impeccable precision of capturing marker locations inside the geometrical structure of the matrix exactly configure the Rtanj relief. Illustrated at Picture 12th

Picture 13 shows the planned construction of Washington DC just at the forms that allows directed energy and the larger movement of the horizontal orientation. Black Square is the White House and the Capitol Building is Red Sqare. If it is known that the master plan of Washington DC carefully designed by Washington DC French architect and engineer Pierre Lenfant in direct cooperation with the Secretary of State Thomas Jefferson.

Picture 14 is a comparative cross-section of the Cheops Pyramid shown on field of Rtanj relief map. In Picture 15 on which are visually represented by two first-octave musical spirals that make up the seventh of the whole pie, set location from the top &quot;Kusak&quot; and &quot;Baba&quot;, precisely touching the top of the pyramid &quot;Spike&quot; in the fourth degree (Fa).

Picture 16 colors are subtle form of relief of Rtanj interesting parts of the energy terms and the perfect distance peaks &quot;Spike&quot;, &quot;Kusak&quot; top and bottom &quot;Lisac&quot; that form a perfect equilateral (blue) triangle of constant Ď&amp;#x20AC; (pi) because the physical point of view of their mutual distance is 3.14 Km in altitude. Picture 17 is a matrix of sacred geometry, which is shown on the relief of Rtanj. Picture 18 - Prism regarding the refraction of light has the properties that have a pyramid in terms of refraction of subtle energies. The same function and optical lenses breaking light rays in the focus point. Form of a satellite dish or concave radar was chosen for the same reason. Pyramids of energy as a geometric structure had to comply with as many of these laws to their energy capacity, or their mutual interaction is greater or where it was needed and refused to mitigate the energy relations. Picture 18 is a view of concave and convex parts of the relief of Rtanj

Pyramid complex is the cumulative energy of the planned construction site in accordance with the movements of cosmic energy. Fibonacci spiral that is a model of movement of cosmic energy is set to landscape of Rtanj and it is clear that the main and auxiliary marker locations are in the harmonic line. Picture 19 shows the double Fibonacci spiral in relief of Rtanj. Picture 20 taken from the north visualize three-spoke genuine pyramid &quot;pinnacles&quot; that have already been discussed by some mathematical properties are chara

PicPicture 20 â&amp;#x20AC;&amp;#x201C; Rtanj-view from the north with visualizing arms Picture 21 is a mutual relationship of form and position of the prominent peaks of which was discussed in the analysis of relief of Rtanj on the horizontal orientation. When its comes to vertical features, viewing angle from the north and interaction in relation to the set geometric matrix that is proportional to the Pyramid of Cheops andpyramid of Moon and that is angles of about 51-51 degrees and 23 degrees which is considered ideal for wrapping and other cosmic radiation from outer space.

Picture 22 - Display of focal points in the relief of Rtanj seen from the North Picture 23 is visualized relationship northeast side of &quot;Spike-Ĺ iljak&quot; above 1000 meters of sea level, which compares the geometric dimensions of 51-52 degrees. The view from the east.

Picture 24 â&amp;#x20AC;&amp;#x201C; View from the northeast at the giant pyramid &quot;Spike&quot; and the top of the stairs like &quot;Baba&quot;

Picture a 24 - Look at the peaks of &quot;Baba&quot; and &quot;Spike&quot; from the southeast

Picture 25 - Rtanj is positioned on the global network of energy courses (Lay Lines) Item No. 25. On these lines were built almost all the ancient buildings in the world.

Picture 27 shows research of Rtanj with thermovision, while in Picture 28 shows often cloud formation above the pyramid what is the result of exit of hot air from inside of the giant Rtanj. Polycontrast Interfence Photography PIP (inventor Dr. Harry Oldield) was applied at Rtanj by nuclear physicist PhD Ljubo Ristovski. As in the Pyramid of the Sun in Visoko, Rtanj also radiates energy waves characteristic vertical for artificial pyramid building. Energy outbreaks of highly vibrating colors that are in the bioenergetic processes characterized like positive to people. Display at the picture 29th

Picture 29 There are very important geomagnetic measurements, electromagnetic fields at Rtanj and their frequencies and audio frequencies. Measurements were stunning. The pristine environment where there is any substations, overhead or underground electric lines or telephone pole ... was observed in several locations the value of the electric field that is twice or even more than triples the normal range for Serbia (Europe). It is also recorded and ultrasound frequency on the top of Rtanj values that are identical or similar to the measured at Cheops pyramid and Pyramid of the Sun in range from 28 to 34 KHz. The question is where it comes from this source, and who produces it? Who or what produces vibrations which values are 28,000 and 34,000 beats per second. One of the three largest magnetic anomalies in Serbia is just the Rtanj and it is a bipolar magnetic anomaly. Shown at picture 30.

Picture 31 a â&amp;#x20AC;&amp;#x201C; Visualization of the spread of non-Hertzian waves through the top of Rtanj

In cooperation with the Vedic Association of Serbia we took ancient holistic architectural approach to spatial planning &quot;VASTU&quot; (the forerunner of Feng Shui), analyzed at Rtanj relief. Have been complied with many parameters designed to contribute to increasing energy and energy cumulation. Pictures 32 and 33. The group schemes and visualization are presented below the energetic research of pyramid at Rtanj model.

At The Rtanj growing wild and endemic medicinal plants. Rtanj tea only grows at 1 / 3 from the base of the pyramid. In the field of energy with the outbreak of the south. These are just some of the many details that I wanted to share with You. According to previous research that there are caves at Rtanj, and the information we have from experts from the Institute for Nature Protection, we believe that the Rtanj could be one of the deepest caves system in Serbia. How many experiences to believe people who claim to have developed mental abilities, which are extrasensors and seers, Rtanj hides unimaginable mysteries. Giant crystals, genetic material and technology of ancient civilizations.

What is ahead of us, we hope it will show current and future researches. 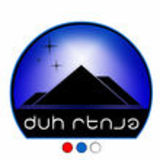