BOOK OF THE WEEK: ‘No Spare Life’ About the author ROSALEEN Glennon was born in Dublin. During her forties she lived in Germany for 10 years and taught English. While there, she developed her lifelong interest in story and began writing short prose and memoir style pieces. It was also in Germany that she was diagnosed with breast cancer. ‘No Spare Life: One Woman’s Journey Through Cancer’ is her first book. Rosaleen now lives in Co Roscommon.

whether from physical or mental illhealth or something else. Her works speak of resilience and hope and a willingness to change and evolve when it is needed. The brightly coloured cover of ‘No Spare Life’ looks ahead This hard-bought to spring that is coming, just as wisdom is the prize Rosaleen’s writings look ahead to a captured by author new life and to seeing nature and the Rosaleen Glennon through facing her world through eyes that relish their own challenges and moving beyond wonders. them to a different life. It is a celebration of life by a gifted Facing down a bout of breast cancer writer. was one of them. Rosaleen, who taught English in Appreciation of how good life is jumps from the pages of ‘No Spare Life’, Germany where she lived for 10 years and had planned to return to Ireland a diverse collection of poetry, memoir just as her cancer was diagnosed, now and prose that Rosaleen launched in lives in Co Roscommon. The Yeats Memorial Building, Douglas ‘No Spare Life: One Woman’s Hyde Bridge, Sligo in March. Journey Through Cancer’ is on sale at Dermot Bolger, the noted novelist, the Sligo Cancer Support Centre, at playwright and poet who was born in 44 Wine Street, Sligo. Finglas, Dublin, wrote the introduction It is also available at the Liber to the book. He describes it as ‘a richly Bookshop at 35 O’Connell Street, life-affirming chronicle as it mines joy Sligo; in the Úna Bhán shop at King from the small victories won during a House, Boyle, Mulveys Gifts and Toys slow battle against illness’. and The Reading Room, Carrick-onRosaleen documented her life Shannon, Newsround, Ballymahon experiences as she met them and she Street, Longford. has shared these in the pages of ‘No The book can also be purchased Spare Life’. through the author’s own website Her beautiful writings speak to www.rosaleenglennon.com anyone who is facing challenges, HIS is the life we get. There is no other one. We have to face the challenges we meet’.

BOOK OF THE WEEK

This poet’s journey comes full circle IN 2000 John Flynn picked up a copy of ‘The Artists Way’ in Books Unlimited in the Northside Shopping Centre. The book inspired John to write and it turned out to be poetry that took his fancy. In 2001 he published his first book called ‘How’re Ya Ray’ which we reviewed here in this paper. We described it as an ‘above average collection of poems…. by a poet of some talent…who manages to find the art in mundane circumstances that most of us would ignore’. Paul Kimmage, writing in the Sunday Independent, added: ‘I have never understood poetry. Seamus Heaney has always been a foreign language to me. But I enjoyedJohn Flynn’. Now John has published a new collection called ‘Simple Songs & Nursery Rhymes’. It is a collection of 109 pages filled with compelling poems that have the real feel of the physical world about them.

▪▪ The poet John Flynn While Part One of the book contains wonderful poems about John’s childhood in the beautiful seaside village of Enniscrone in County Sligo, we think it is his experiences on Dublin’s Northside, where he has lived since 1987, that will resonate most

with our readers. From buying a home in Raheny as described in ‘The Ballad of John Crowley’ to ‘IKEA’ and its attractions, even the humble tree standing outside John’s house that’s mentioned in ‘Our Tree’, all are given pride

of place. Local poet Pat Ingoldsby is honoured in two fine poems ‘The Poet’ and ‘Pat Ingoldsby’. Friends and neighbours’ lives are commemorated in ‘Brother John’ and ‘Pride and Joy’ as is a former owner of The Drake Inn Pub in Finglas, Paddy McKiernan, in ‘Paddy’. But it is in two longer poems that John delves into Northside Dublin. In ‘Northside Journey’ he describes a commute from Dorset Street to Bunratty Drive, Coolock in a series of simple images capturing daily life as he passes. ‘Eight Lives’ is split evenly between four Northside Dublin dwellers and four others, one Southsider, one emigrant, one immigrant and one who lives in Ashbourne. Their lives are a snapshot of modern Ireland delivered with compassion. John’s Northside journey has come full circle. His book is now stocked in the very same Northside Shopping Centre bookshop where he

first was inspired to write. The shop, now called Book Value is under the very capable management of Ann Ford. John’s book is also for sale in local shops, Paper Pieces Raheny, O Hara’s Spar, Vernon Avenue, Clontarf, and Book Haven in Donaghmede You can also contact John on his Facebook page @johnflynnpoet, or buy online at Lulu.com. John Flynn is a native of Co Sligo but relocated to Raheny where he lives with his Coolock-born wife and children. He works in Clontarf. John was a member of Trinity Writers’ Group in Donaghmede. He has had writings published in Ireland’s Own. He was a previous award winner in the Swords Heritage writing competition. His work has been described as compelling image filled poems by Siobhan Campbell of the Open University who launched ‘Simple Songs & Nursery Rhymes’ at The Gutter Bookshop in Temple Bar. 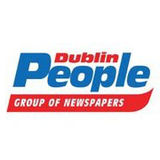