Moringa oleifera Lam. (MO) is a small size tree with approximately 5 to 10 m height. It is cultivated all over the world due to its multiple utilities. Every part of Moringa is used for certain nutritional and/or medicinal propose. Besides being a good source of protein, vitamins, oils, fatty acids, micro-macro minerals elements and various phenolics, it is also reported as anti-inflammatory, antimicrobial, antioxidant, anticancer, cardiovascular, hepatoprotective, anti-ulcer, diuretic, antiurolithiatic, and antihelmintic. Its multiple pharmaceutical effects are capitalized as therapeutic remedy for various diseases in traditional medicinal system. Further research on this charismatic healer may lead to the development of novel agents for various diseases. This study provides a brief overview about medicinal potential of Moringa and its future as a component of modern medicinal system. This study concludes that Moringa needs legitimate appraisal to establish its pharmaceutical knack in modern medicine. Key word: Moringa oleifera, medicinal plant, anti-inflammatory, anti-microbial, antioxidant, antiulcer, diuretic.

INTRODUCTION Moringa oleifera (MO) is an aboriginal of Indian subcontinent and has become naturalized in the tropical and subtropical areas around the world. Nearly thirteen species of Moringa are included in the family Moringaceae (Nadkarni, 1976). Indians have been using it as a regular component of conventional eatables for nearly 5000 years (Anwar et al., 2005; Anwar and Bhanger, 2003; D&#39;Souza and Kulkarni, 1993). Moringa tree can grow well in the humid tropic or hot dry land with average height that ranges from 5 to 10 m. It can survive in harsh climatic condition including destitute soil without being much affected by drought (Morton, 1991). It can tolerate wide range of rainfall requirements estimated at 250 mm and maximum at over 3000 mm and a pH of 5.0 to 9.0 (Palada and Chang, 2003). Its trunk is soft, white

corky and branches bearing a gummy bark. Each tripinnately compound leaves bear several small leaf legs. The flowers are white and the three wings seeds are scattered by the winds. The flowers, tenders leaves and pods are eaten as vegetables. The leaves are rich in iron and therefore highly recommended for expected mothers. In some part of the world, MO is referred to as the ‘drum stick tree’ or the ‘horse radish tree’, whereas in others, it is known as the kelor, marango, mlonge, moonga, mulangay, nebeday, saijhan, sajna or Ben oil tree (Anwar and Bhanger, 2003; Prabhu et al., 2011). In India and Pakistan, MO is locally known as Sohanjna and is grown and cultivated all over the country (Anwar et al., 2005; Qaisar, 1973). It has been reported by Bureau of plant industry that Moringa is an outstanding source nutritional components. Its leaves (weight per weight) have the calcium equivalent of four times that of milk, the vitamin C content is seven times that of oranges, while its potassium is three times that of bananas, three times the iron of spinach, four times the amount of vitamin A in carrots, and two times the protein in milk (Kamal, 2008). Besides, Moringa is also suggested as a viable

supplement of dietary minerals. The pods and leaves of Moringa contains high amount of Ca, Mg, K, Mn, P, Zn, Na, Cu, and Fe (Aslam et al., 2005). Although, minerals content of Moringa shows variation in composition with changes in location (Anjorin et al., 2010). Ancient medicinal system relies on several plant products used by traditionally human communities in many parts of the world for different diseases. Among these plants, MO has its great contribution from ancient time. It is a plant with exceptional medicinal properties which can resolves the health care needs in several situations. Easy cultivation of Moringa within adverse environmental condition and wide availability attract attention for economic and health related potential in resource limited developing countries. This study discusses medicinal potential of this exceptional plant and its potential as a commercial medicinal and nutritional supplement.

MEDICINAL PROPERTIES OF MORINGA MO has enormous medicinal potential, which has long been recognized in the Ayurvedic and Unani system (Mughal et al., 1999). Nearly every part of this plant, including root, bark, gum, leaf, fruit (pods), flowers, seed, and seed oil have been used for various ailments in the indigenous medicine (Odebiyi and Sofowora, 1999), but recent research is also indicating about several active constituents for accepting its applicability in modern medicine (Table 1). Few representatives of these are discussed in this article.

Anti-asthmatic activity It has been reported a long time ago that Moringa plant alkaloid closely resembles ephedrine in action and can be used for the treatment of asthma. Alkaloid moringine relaxes bronchioles (Kirtikar and Basu, 1975). The seed kernels of MO also showed promising effect in the treatment of bronchial asthma, during a study to analyze efficacy and safety of seed kernels for the management of asthmatic patients. The study showed significant decrease in the severity of asthma symptoms and also concurrent respiratory functions improvement (Agrawal and Mehta, 2008).

2007). In addition, diuretic activity of Moringa exists in its roots, leaves, flowers, gum and the aqueous infusion of seeds (Morton, 1991). Moreover, Moringa leaves also contain bioactive phytoconstituent, (that is, b-sitosterol) with cholesterol lowering effect. This compound is capable to reduce cholesterol level from the serum of high fat diet fed rats (Ghasi et al., 2000). Antidiabetic activity Several medicinal plants have been evaluated for their potential as therapeutic agent for diabetes. MO is also an important component in this category. MO leaves significantly decrease blood glucose concentration in Wistar rats and Goto-Kakizaki (GK) rats, modeled type 2 diabetes (Ndong et al., 2007). Another study indicated that the extract from Moringa leaf is effective in lowering blood sugar levels within 3 h after ingestion (Mittal et al., 2007). As a mechanistic model for antidiabetic activity of MO, it has been indicated that dark chocolate polyphenols (Grassi et al., 2005) and other polyphenols (Al-Awwadi et al., 2004; Moharram et al., 2003) are responsible for hypoglycemic activity. Moringa leaves are potent source of polyphenols, including quercetin-3glycoside, rutin, kaempferol glycosides, and other polyphenols (Ndong et al., 2007). Thus, potential antidiabetic activity of MO can be commercialized through the development of suitable technology with achieving anti-diabetic activity up to conventional drugs. Antioxidant activity MO is a rich source of antioxidant (Chumark et al., 2008). It has been reported that aqueous extracts of leaf, fruit and seed of MO act as an antioxidant (Singh et al., 2009). During a study reporting antioxidant property of freeze dried Moringa leaves from different extraction procedures, it was found that methanol and ethanol extracts of Indian origin MO have the highest antioxidant activity with 65.1 and 66.8%, respectively (Lalas and Tsaknis, 2002; Siddhuraju and Becker, 2003). It was also reported that the major bioactive compounds of phenolics, such as quercetin and kaempferol are responsible for antioxidant activity (Bajpai et al., 2005; Siddhuraju and Becker, 2003). During another study, quercetin and kaempferol have shown good antioxidant activity on hepatocyte growth factor (HGF) induced Met phosphorylation with IC50 value for 12 and ~6 ÂľM/L, respectively (Labbe et al., 2009). Another recent study comparing palm oil with MO seeds for their antioxidant potential found out that MO seed are superiors for radical scavenging (Ogbunugafor et al., 2011). Hepatoprotective activity MO has shown significant hepatoprotective activity in

Cardiac and circulatory stimulant In addition to earlier mentioned bradycardiac effect of MO leaves, all parts of MO are reported with somewhat cardiac and circulatory stimulant activity. Root bark of Moringa contains alkaloid moringinine which acts as cardiac stimulant through its effect on sympathetic nervous system (Duke, 2001). The aforementioned effects can also result due to the prevention of hyperlipidemia. It has been demonstrated that MO prevent hyperlipidemia in male Wister rat due to iron deficiency (Ndong et al., 2007). During a study performing comparison of MO leaf extract with antenolol (a selective Î˛1 receptor antagonist drug, used for cardiovascular diseases) on serum cholesterol level, serum triglyceride level, blood glucose level, heart weight and body weight of adrenaline induced rats, it was found that MO leaf extract cause significant changes in cardiovascular parameters. This study reported MO leaf extract as hypolipidimic, lowering body weight, heart weight, serum triglyceride level and serum cholesterol level in experimental animals (Ara et al., 2008). In addition to the aforementioned studies, antiatherosclerotic and hypolipidaemic effect of MO leaves were also

Table 1. Major pharmaceutical components present in Moringa and their importance.

In ocular diseases Vitamin A deficiency is a major cause of blindness, which ranges from impaired dark adaptation to night blindness. Consumption of MO leaves, and pods and leaf powder which contain high proportion of vitamin A can help to prevent night blindness and eye problems in children. Ingesting drumstick leaves with oils can improve vitamin A nutrition and can delay the development of cataract (Pullakhandam and Failla, 2007). In fact the use of MO as a supplementary food was highly accepted for integrated child development scheme supplementary food (ICDS-SFP) for its potential as vitamin A source (Nambiar et al., 2003). 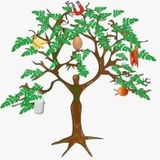