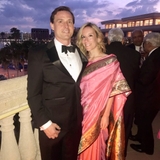 Dr. Jennifer Bracey is a highly accomplished oncologist who has dedicated her life to the care of others. She is originally from Baltimore but has lived in several cities across the United States as she pursued her medical career. After completing her residency at Atlanta's Emory University, she moved to Baltimore with her then-boyfriend for his oncology fellowship at Johns Hopkins University, where she also accepted a position. Following that, she chose Atlanta again as her next significant job post-graduation for the colleagues and friends she held in high esteem during her residency. Her five years in Atlanta brought her much success and important professional satisfaction, but when her family called, she answered. In 2017, when Dr. Bracey's parents struggled with failing health, Dr. Bracey moved to Charleston to help and support her parents. She remains in the area caring for them while continuing her profession.