Down in Edin Magazine Issue 20 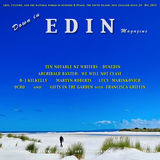 Down in Edin Magazine Issue 20

Emma Neale has published six novels and six poetry collections, and edited several anthologies (more about her at the end of this article) and is a leading writer of her generation in New Zealand.

Henry Feltham writes for screens: movies, computer games, video, and the internet. For the last three years he’s worked for Dunedin company Rocket Werkz as a game writer on two major projects. He describes himself as ‘a new-fashioned writer….turning ideas into electric narratives’, which I think captures the energy and range of Henry’s writing (and provides a fitting title for this interview). Henry co-wrote the screenplay of the New Zealand feature film 'This Town' which will premiere this April. It’s a comedy with a dark edge: acquitted of a crime, a young man tries to rebuild his life while an ex-cop, convinced of his murderous tendencies, tries to prove his guilt. The cast includes legendary actresses Robyn Malcolm and Rima Te Wiata, and David White, the film’s director and co-writer. In 2016, Henry, David, and producer James Ashcroft were selected as finalists in a screenplay competition run by the Venice Film Festival, and they travelled to Venice to workshop their script. Henry began by telling me about the genesis of 'This Town' and what happened at the Venice workshop.

A poem by Victor Billot

John Ritchie was an Otago University graduate, having completed hisBMus in two years (1942-43) so he could take part in World War II.Appropriately The Snow Goose, written for flute and orchestra, is based on astory by Paul Gallico which is set in WW II. It relates the story of aCanadian goose which was rescued from the Essex marches, and eventuallyfollowed its rescuer to the beaches of Dunkirk for the evacuation. “Thisfeathered wanderer from Canada, rescued from the marshes of Essex … now tamed and befriended, follows his rescuer’s boat to the beaches ofDunkirk. The music initially creates a mood of uneasy peace, such asprevailed during the early months of the war. An extended solo for flutedepicts the bird's flight and its serenity, to be interrupted by sounds of warand imminent tragedy as his friend takes his yacht with the snow goosecircling above to help in the evacuation of British troops. Rescued soldierswould swear that if you saw the bird, you would eventually besaved. After many return trips ferrying soldiers from shore to evacuationship, both yacht and yachtsman perish. The bird wheels in salute and fliesback to the empty landscape of the marshes and a crumbling lighthouse, subsequently to return to its native land.” (SOUNZ).

The endearing musical language of the piece is reminiscent of Vaughan- Williams in that composer’s use of Elizabethan style modes. The beautiful melody created for the flute is guaranteed to imbed itself immediately in your memory. The juxtaposition of its simplicity over the perfect almost jazzy (but actually Renaissance) harmonies is a delight.

Abruptly brought to a stand-still and lock-down in the midst of full throttle preproduction, Prospect Park Productions was up for a buzzy year. I have no doubt, the two creative drivers of the company and champions of theatre - H-J Kilkelly and Emily Duncan - will ride the storm and come out with something amazing at the other end of the tunnel. They are talented and experienced. Improvisation is part of a theatre’s toolkit, and their skills are honed.

PPP had several works well prepared, rehearsed and ready to go for the cancelled DunedinFringe Festival 2020 in March, and other projects scheduled for later in the year, such asseasons two and three of the Gothic thriller podcast, ‘Dark Dunedin’, are also on hold.

“We are not just celebrating the Dunedin School of Art and Otago Polytechnic, but arts and culture education in the City of Dunedin and by extension New Zealand.”        Federico Freschi, Head of College at the College of Art, Design and Architecture

Dr. Bridie Lonie is all about the arts. An accomplished artist in abstract and representational mediums, a researcher and art-writer, Bridie is now in her third stint as Head of School for the Dunedin School of Art, having served in that role in the first decade of the 2000s. Prior to that she was a Lecturer in Art History and Theory. Beyond the boundaries of formal education, Bridie is also a steadfast advocate for art and culture in all its many forms in Dunedin and New Zealand. She was a founding member of the Women’s Gallery in Wellington, one of the three editors of A Women’s Picture Book, 25 Women Artists of Aotearoa/New Zealand (1988), was part of the development team for Ara Toi Ōtepoti: Our Creative Future - Dunedin’s Art and Culture Strategy, and also a past President of the Dunedin Public Art Gallery Society. Perpetually involved with, and reflecting on art’s role in our world, Bridie’s PhD thesis, "Closer Relations, Art, Climate Change, Interdisciplinarity and the Anthropocene" (2018), explored the ways artists have approached climate change.

With early influences from an arts and science based family, an education bridging three countries twice each, on her return to Dunedin at 13, Bridie Lonie’s legacy in life is a clear and thoughtful commitment to art and culture, with a blend of scientific purpose and reasoning.

Landing in Dunedin after a long flight from Johannesburg, Professor Federico Freschi, and his partner Neil - a MasterChef South Africa finalist and IT Expert - with their three beautiful feline friends in tow, hit the ground running on September 26th of last year. Barely over jet-lag, six days later, Federico began a new chapter in his life, as Head of College at the College of Art, Design and Architecture, including the School of Business at Otago Polytechnic.

For the previous seven years, Federico had been the Executive Dean of the Faculty of Art, Design and Architecture at the University of Johannesburg. “I’d been very successful in that position,” he says “so it was a good time to move out of that comfort zone and explore other horizons. Given the political and social atmosphere in South Africa, it can be a very uncomfortable country, particularly when you occupy a position of privilege in a society that is so unequal. I thought it would be interesting to find other professional challenges that are not encumbered by the particular anxieties borne by that kind of social consciousness.”

“Kā Huru Manu - The Ngāi Tahu Cultural Mapping Project, is dedicated to recording and mapping the traditional Māori place names and associated histories in the Ngāi Tahu rohe (tribal area). Place names are tangible reminders of our history and values. They represent a significant symbol of the Ngāi Tahu historical association and relationship with our landscape. They are primarily associated with people, historical events, geographical features, and natural flora and fauna. Ngāi Tahu has collected thousands of place names to make this traditional knowledge accessible to our whānau and the wider public.”

Aaron Hawkins on Politics and the Mayoralty, Dunedin

Aaron Hawkins fully realized the dilemmas and difficulties facing all of us long before Covid-19 brought its clear message that change is on its way.

Change creates friction in communities, and the massive adjustments needed to quell the fury of mother nature is creating plenty of fear. Every city,region and country around the world are having to find ways to work with the intense and divisive task of balancing business with environmental pressures, healthcare and pandemics, the widening gap between rich and poor, the effects of the industrialization of education, agriculture and tourism, and particularly in Dunedin as well as greater Otago - rapid growth.

Along with that growth comes housing shortages.Purchasing a home to live in for a middle or less income family is getting almost impossible. Rent and debt levels for young people is far too high for comfort.

Added to the collective repertoire of stress pre-Covid-19, a contentious mult-national corporation drilling and exploring for gas off the coast of Otago arrived on the scene in the midst of it all with its giant rig. Unsuccessful in its very expensive exercise - the rig and OMV soon left the region. One less thing to worry about and good news for the precious natural habitat for wildlife off the coastline.

Aaron, who has always had a keen interest in Parliamentary politics was born into an environment where politics and social justice was predominant. As well as his parents being teachers, his mother also held office within the unions and his father - a Primary School Principal - was a union advocate.

He recalls his first memory of politics was building placards in his family’s lounge protesting against the Employment Contracts Act. The fact that was not a successful campaign did not dampen his interest in politics or commitment to social justice.

Added to the collective repertoire of stress preCovid-19, OMV - a contentious multi-national corpo-

“I would bring Tom Scott cartoons to school for show and tell. I wasn’t popular.”

We know the climate is changing and the intensity and frequency of adverse events is increasing. Waitati is situated on an alluvial flood plain, and flood events are a fact of life. The Second Generation District Plan requires new houses in low lying areas of Dunedin to be built higher off the ground, and to be relocatable.

The climate safe house in Waitati is therefore robust and designed to be easily moved when flooding becomes too extreme. It has its own energy system, so the lights stay on even when the grid goes down. Waste is managed onsite with a biolytix septic system, installed by All Septic and Drainage Ltd.

The climate safe house project is not simply about design. It also involves new property relations to transfer private risk to collective responsibility through a special lease and deed of residence arrangement to ensure climate justice.

Gifts in the Garden

Both the flowers & berries have great value as immune system herbs. It’s Elderberry I’m focussing on this issue. A word of caution first - both the unripe uncooked berries and the leaves of the Elder are poisonous, so do ensure that your berries are well ripe before you pick them. And by well-ripe I mean dark dark indigo. Elderberries contain organic pigments, tannin, amino acids, carotenoids, sugar, rutin, viburnic acid, vitamin A and B and a large amount of vitamin C. Elderberries are very high in anthocyanins, which give the berries their rich indigo hue. This and quercetin, are just 2 of several flavonoids present in Elderberries that are very powerful antioxidants - these protect your cells from damage. Preparations of Elderberry are used for the treatment of influenza, sinusitis, tonsillitis, to lower cholesterol, and to improve vision. A syrup made from Elderberries can be taken daily in the autumn and winter as a preventative, also as a medicine when you have a cold, cough, flu or tonsillitis. If you aren’t a fan of sugar, try using honey. Or - you could simply dry your ripe berries, and use them in your daily winter teas.

Thank you for your support, reading and sharing Down in Edin Magazine!

Our mission is to inspire appreciation for the good we have around us.

When we take the time to see and appreciate the beauty around us,we are more likely to take good care of what we have and each other.

If you would like to contribute to the financial costs of creating and running Down in Edin by a contribution, we have a Give A Little page currently open and accepts donations from all around the world. Down in Edin Magazine is a ‘not for profit’ organization (a small Unincorporated Society). Every little bit helps, and is greatly appreciated!

Give A Little: Down in Edin Magazine:

For full stories, links and past issues,  visit www.downinedinmagazine.com