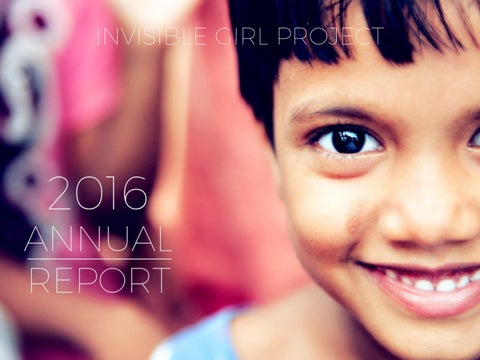 Dear Friends, As I look back at 2016, I am grateful for those of you who gave your time, your talents and gifts to the mission of Invisible Girl Project. 2016 was monumental to our growth and ability to rescue even more little girls and empower more women than before.  I recently met three of our rescued girls and their grandmother (you can read their story later in the report). As I sat with the grandmother, she looked at me with tears in her eyes, and I knew that she had suffered great heartbreak. But that day, she also thanked me. And in that moment, I saw that she had hope. Because of your partnership in this mission, we have been able to tangibly help her and her granddaughters. For the first time in years, she has hope. So, thank you. Your support and your partnership in this mission makes our work possible. Thank you for Seeing the Invisible Girl! We look forward to 2017!  Gratefully,  Jill McElya IGP President & CEO

PARTNER HOME TAKES IN 37 GIRLS Invisible Girl Project’s Partner home in South India cares for girls who are orphaned, partially orphaned, or in danger of neglect, trafficking, or abandonment.

IGP’s Partner took in 37 new girls in 2016, and is caring for them, educating them and teaching them that they are inherently valuable.

IGP Partner Reaches  More Villages in 2016   One of IGP's partners educates parents and their extended families on the value of daughters, working intensively with each family to build familial bonds with the help of social workers.   In 2016, IGP's Partner expanded into four new villages, sending social workers into 25 villages in South India to rescue baby girls from being killed. Due to this expansion, our partner rescued 17 babies and little girls from being killed.

The Three Rules of Mountaineering

Our partner was also crucial in the rescue of two little girls in one of our villages, from slavery this year. When our partner learned that the girls were sold by a family member, IGP's partner worked tirelessly with government officials to secure their rescue and release from bonded labor slavery. Both little girls are now safe and living with family members who value them, under the care of our Partner's social workers.

IGP’s cow loans are one of our many strategic initiatives to end gendercide by empowering women. A loan to purchase a cow enables women to generate a steady income by selling the milk.

Self-sufficient and self-reliant girls and women force those who discriminate in their society to rethink their positions on the value of females in the community fabric.

EVERY COW CAN BE NAMED BY ITS DONOR

PRENA'S GIRLS    Prena* and her husband already had one daughter, little Latha, when she became pregnant again. Her husband told her how much he wanted a son, and she desperately hoped that she was pregnant with a little boy. When she delivered her second daughter, though, her husband became enraged and began drinking heavily and abusing her verbally.

Pictured above are Padma and her granddaughters. *All the names in this story have been changed to protect the identity of this family.

He then forced her to have a third child, expecting her to give birth to a boy.  Prena ultimately gave birth to a precious baby girl for the third time, though. Her husband became even more furious and began physically abusing her daily.      Prena reached her breaking point. She believed the lie that she had no value without bearing a son, and the guilt and shame associated with that was too much to bear. On September 21, 2013, Prena decided to end it all by dousing herself with gasoline and setting herself on fire.      Five days later, Prena died, and three precious little girls were left motherless, alone, and unwanted by their father. Even after their mother's death, he failed to take care of his daughters. His neglect left them sick and suffering with scabies. Heartbroken and moved to act, Prena’s mother, Padma decided to take in her granddaughters and raise them as her own. She is a widow who does not have much--she lives in a mud hut, and she is an agricultural laborer who struggles to meet her daily needs. But, she loves her granddaughters and is committed to sharing all that she has, though little, with them.      IGP’s partner in India met Padma and heard her family’s story. In 2016, IGP raised money to give her a cow and build a new house for Padma and the girls—Latha*, age 5; Roopa, age 4; and Tamil, age 3. All three girls are also now sponsored in IGP's Child Sponsorship Program.

"She believed the lie that she had no value without bearing a son, and the guilt and shame associated with that was too much to bear."

Thank you for Seeing the Invisible Girl! 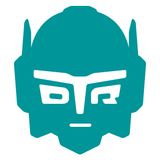