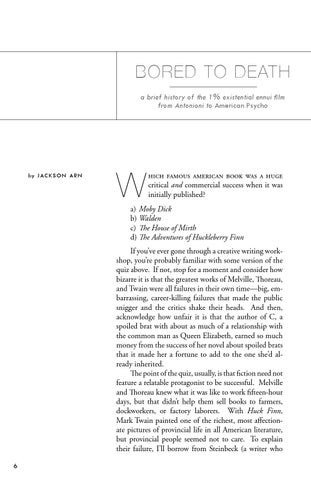 hich famous american book was a huge critical and commercial success when it was initially published?

If you’ve ever gone through a creative writing workshop, you’re probably familiar with some version of the quiz above. If not, stop for a moment and consider how bizarre it is that the greatest works of Melville, Thoreau, and Twain were all failures in their own time—big, embarrassing, career-killing failures that made the public snigger and the critics shake their heads. And then, acknowledge how unfair it is that the author of C, a spoiled brat with about as much of a relationship with the common man as Queen Elizabeth, earned so much money from the success of her novel about spoiled brats that it made her a fortune to add to the one she’d already inherited. The point of the quiz, usually, is that fiction need not feature a relatable protagonist to be successful. Melville and Thoreau knew what it was like to work fifteen-hour days, but that didn’t help them sell books to farmers, dockworkers, or factory laborers. With Huck Finn, Mark Twain painted one of the richest, most affectionate pictures of provincial life in all American literature, but provincial people seemed not to care. To explain their failure, I’ll borrow from Steinbeck (a writer who 6