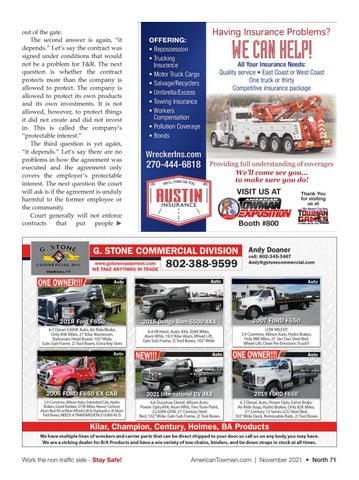 out of the gate. The second answer is again, “it depends.” Let’s say the contract was signed under conditions that would not be a problem for T&amp;R. The next question is whether the contract protects more than the company is allowed to protect. The company is allowed to protect its own products and its own investments. It is not allowed, however, to protect things it did not create and did not invest in. This is called the company’s “protectable interest.” The third question is yet again, “it depends.” Let’s say there are no problems in how the agreement was executed and the agreement only covers the employer’s protectable interest. The next question the court will ask is if the agreement is unduly harmful to the former employee or the community. Court generally will not enforce contracts that put people