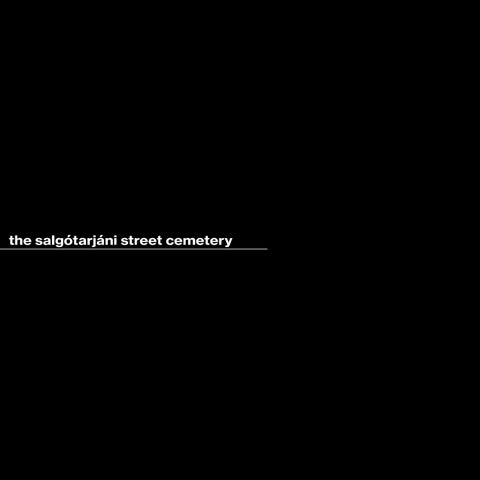 There are stars whose radiance is visible on earth though they have long been extinct. There are people whose brilliance continues to light the world even though they are not longer among the living…. -Hannah Senesh

The family of Adolf Györgyey originally came from Moravia, and bought land in Hungary in 1865. Their nearly 10,000-acre territory was based in Györgye and covered the nearby villages, which they sought to modernize. For example, in Budapest the construction of the Tafler Palace on Andrássy út was essentially financed by them.

Manfréd Weiss was one of the most influential Jewish characters of the 20th century. At one point, the Hungarian magnate’s company was the biggest private supplier of arms to the Monarchy, and during the Second World War, his Csepel industries was valued at 100 million krones. The mausoleum was built around 1904, following the loss of his wife, and after the nationalization of his conglomerate, he joined his spouse in eternal sleep at the cemetery of Salgótarjáni street.

Born in 1809 in Bonyhád, Mayer Krausz steadily worked his way up to the top in 19th century Hungary. Originally a small time trader, Mayer jumpstarted his career when he became an errand boy at one of the bigger families in the field of commerce, the Pollacks, and married his wife in the same year from another respectable background, the Lőwy family. Krausz worked hard and became involved with the food and wine industry, and after running bussinesses in multiple sectors with his children, he passed away in 1894, aged 85.

The Hatvany-Deutsch family exemplified the rising of Jewish people in the industrialization era. The descendants of Ábrahám Deutsch were ennobled in the 19th century, and gained the aristocrat surname “Hatvany” for their contributions to the country. The mausoleum perfectly displays the baron family’s enormous wealth, accumulated through hard work and dedication in the fields of commerce and trading, and frequently used to support artists and their works.

Originally born as Miksa Beck (Madaras, 1834), Madarassy-Beck’s contributions to the country and its economy are unquestionable. He started his career at J. G. Cohen’s Hungarian bankhouse, where he quickly made it to the very top. From there he went on to work different jobs in finance and brought innovations in economics into Hungary. In 1884, Frank Joseph awarded him a 3rd class Imperial Order of the Iron Crown for his service to the nation, and in 1911, he received a noble title and an honorary surname for his work.

Mór Wahrmann was born on February 29, 1832 and died in 1892. He had several occupations, such as wholesaler, investor, denominational leader and politician. He was also member of the Hungarian Parliament. Mór Warhmann’s grandfather was Israel Warhmann, the first chief rabbi of the independent Jewish community in Pest. His grandfather had 9 children, but he took Mór into the family business very early on as one of the main managers of the company, while studying liberal arts at the university.

Known as one of the architects who implemented Miklós Ybl’s designs into reality, Ignác Wechselmann is a defining figure in the world of Hungarian architecture. His most famous works include the Várkert Bazár and the Fővámház, which were also designed by Ybl. Amusingly, he married the daughter of Károly Neuschloss, and in his will he donated a significant amount of money to the Blind Children Fund, which helped construct the Institution for the Blind, designed by none other than Béla Lajta.

The Temesvári (Ehrlisch) mausoleum was built after the turn of the century, in the second decade. The typical architectural styles of this period only partially affect the image of the cemetery, as it was almost completely full by then. Besides construction contractor Adolf Temesváry, rests his son, Rezső Temesváry, amongst other members of his family. There is a hardly recognizable but nonetheless readable title graved into the tomb of the relatives,verifying their place in the graveyard.

Károly Neuschloss comes from a widely successful family of wood traders, which included several architects and carpenters who helped shape Budapest in the 19th-20th century. Károly separated himself from the family business from the start and created his own, arguably equally succesful organization in the building industry. Together with his son, Emil, they designed and built buildings such as the National Opera House and the Eiffel Palace (Légrády Palota).

Originally from Abaúj county, The Guttmann family settled in Budapest in the mid-1830s. The experience they gained in pálinka breweries and various factories could be used to set up their own factory. The family obtained the noble title in the 19th century and since then beared the name as Baron Guttmann of Gelsse and Belisc.

Artwork by Dóri Szujó Designed by Krisztián Gádor Text by Dorka Dózsa, Krisztián Gádor, Lili Rácz Special thanks to Márton Jeszenszky and Idikó Szarvas. This brochure was created by students of the Lauder Javne School - Budapest.