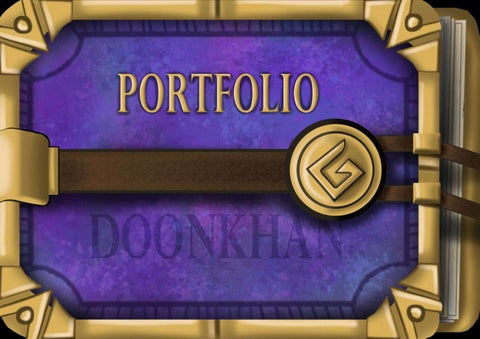 DIGITAL E D A M AND

Pedro Garcés Benito I was born on 9/12/2000, Valladolid, and even from an early age my first passion was character and stories creation and design through an artistic expression. This passion encourages me to learn, improve and pursue innovation and creativity, and I wish to make use of this enthusiasm and knowledge for any future artistic project.

REDENCIĂ&#x201C;N This is the illustration genre I mostly do and what I enjoy the most: character creation and design, and most of them belong to a fictional universe in a fantasy medieval setting, in which Iâ&#x20AC;&#x2122;m currently working. All of these characters end up finding their place within this universe and interrelate with one another.

Schematic sketch of her weapon and components.

“EL ERATIO QUE TOMÓ EL UNIVERSO” Some of the illustrations/character designs for a novel I wrote at the age of 15-16, and my biggest finished project so far. The title could be translated to “The Erath who obtained the Universe”.

For some time now, most of my handmade illustrations are created using regular markers, alcohol-based markers and other felt-tip pens.

Evolution of its design through the years.

Another element I often like to add is a digital background after I scann, clean and edit handmade illustrations.

Some fantasy anatomy studies, of a realistic wolf pelvis bone but with two pair of legs and two tails, apart from other unreal details.

PORTRAIT And now for something completely different. A portrait of Monty Pythonâ&#x20AC;&#x2122;s John Cleese made with only a blue pen.

One of my very first works with Krita. I had a lot of fun with this Paleoillustration Project (Cientific Illustration about dinosaurs) and I enjoyed the process and result. This particular illustraion represents a

DATA INFOGRAPHIC This complex infographic eexplains and describes various aspects of dreams according to Oneirologyâ&#x20AC;&#x2122;s studies, along with illustrations that make it easier to understand. For this project I used 3D software like Cinema 4D, to design and render the main percentage chart.

In addition, the infographic was edited to simulate a newspaper or magazine article, using a mockup.

HISTORIC INFOGRAPHIC In this project I was to present an unknown ocurrence, so I chose a BBCâ&#x20AC;&#x2122;s news article about a Chilean Recluse Spider invasion (one of the most venomous kinds) inside the Museum of Natural History of Helsinki, and as of today the colony still lurks in the now underground storage room.

FANKassadin fanarts, from the game League of Legends, posing as a character from the manga Jojoâ&#x20AC;&#x2122;s Bizarre Adventure (as a birthday present for a friend).

A corporate image design exercise for a fictional airlines company, in this case I chose an european regional company for passengers called Azgadia. The exercise included the application of this corporate design on various formats like delivery notes, business cards, etc.

FRONT SIDE INVITATION CBACK SIDE - ENVELOPE

This was the Final Project of the first year of my Superior Grade of Ilustration. We were to elaborate various elements for a themed party, and I chose an African setting (more precisely, Namibian) due to personal interest in this aesthetic. The elements I built were a tablecloth, an invitation, and envelope, a clay figure and its masks.

party The process was quite varied. Stationary items like the invitation and the tablecloth were made using Photoshop and then organized with Illustrator. The envelope was made by decorating an actual envelope with markers and color pencils. The statue (30cm in height) and the interchangeable masks (provided with an elastic band so that they can be worn) were laboriously built using clay and painted with acrylics, along with strings for the skirt, wires for the wristbands, a wooden pedestal, a chopstick and original sand from the Namibian desert.

DOONKHAN THANKS FOR YOUR VISIT 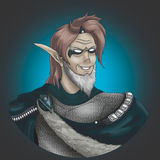