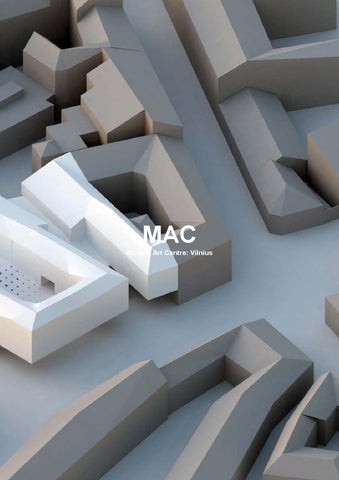 In 1991 after Lithuania’s recognition of independance, status of cinema of ‘Lithuania’ was reorganized to company ‘Cinema of Lithuania’

Company ‘Rojus apartaments’ promising to retain the former function of cinema in their new project, 2007

Critique to the private business developments, 2008

Critique by graphitti artists to the uncertain situation of cinema, 2008

Musical event ‘XYZ’, which tried to revive the building at least for couple of days, 2010

„For Lithuania without double-meaning” activist protest-discussion about public cultural spaces, 2005

Protest against the project of apartments proposed instead of former building, 2008 Art academy student projects to revive former cinemas in Vilnius, 2011

Graphitti wars on the facade of the building, 2013

Planning document of 2005, which allowed to demolish the former building and let to built aparments instead. In 2009 rejected by court.

Interior of Cinema of ‘Lithuania’ is completely empty, 2010

Conflict of private and public parties in the mainstream media, 2006

Soviet Modernism Soviet modernism buildings are not treated equally as it also depends on it&#39;s function, cultural importance and architectural value. Some people associate them with Soviet Occupation, totalitarian regime or propaganda, others associate them with philosophical movement in art, modern industrial society and functionalism. Main question, which remains until today for society is: &#39;what to save, which functions and how much would it cost?&#39;.

Cultural spaces Preservation of Soviet Modernism has to be associated with public needs to save certain city functions. And that doesn&#39;t mean that buildings of Soviet Modernism have to be preserved like items. To preserve only the physical form is a very formal approach, important history to society can be saved also with contextual details and contextual design.

Cultural context Public space in front of former Cinema of &#39;Lithuania&#39; always had cultural and representational identity. All the protests and initiatives organized by public society were directly oriented to the loss of public space and to criticizm of businessoriented developers. Cultural representation and identity of the square can not be forgotten.

Public space for people Public space - place for open discussions, where public domain is seeking for answers, truth and agreement between interested parties. Public space is a space of freedom and public creativity.

Old Town roof typology Buildings in Vilnius Old Town have distinct form and arrangement of the roof. The ridge line of the roof follows geometrical form through different buildings creating dynamic and original roof planes. Roofs also connect different building heights, thus creating stylistical unity of the Old Town. Because of natural processes roofline adjusts itself in accordance with the buildings. That makes Vilnius Old Town organic. To save Old Town roof structure and stylistics is to save and respect Old Town&#39;s cultural heritage.

Pedestrian street Old passage is being redesigned and converted to a human-scale passage towards a restaurant and &#39;Vingri킬&#39; street.

An increased demand for the accomodation of art creates a bigger demand for exhibition and storage spaces.

Often in museums more than 90% of artwork are held in storages. This means that if to exhibit all the collection it would take 2.5 year with exhibitions, which last 3 months.

One of the first art museums which started to solve the rising demand for space was Metropolitan Museum of Art in 1988. It introduced an open storage concept, which was open for the public.

MAC has a collection of 3000 artwork. 1000 m2 is required for the exhibition hall. Exhibition hall is planned to be extended.

To accomodate the current collection, MAC would need 12 m in order to accomodate 3 artwork units.

The current trends of contemporary exhibitions suggests to use open-storage concept for Modern Art Centre of Vilnius. The proposed flexible storage design allows the mentioned concept to be realised. The visitors could see the ongoing exhibitions while also experience storaged artwork and even propose, which artwork could be exhibited next.

1 - Exhibition 1000 sq. m space for the main exhibition 2 - Library, archive A place, where visitors could ďŹ nd information about MAC collection, also to get to know where they are exhibited 3 - Open storage Storage open for visitors, where everyone could ďŹ nd artwork for their personal interest.